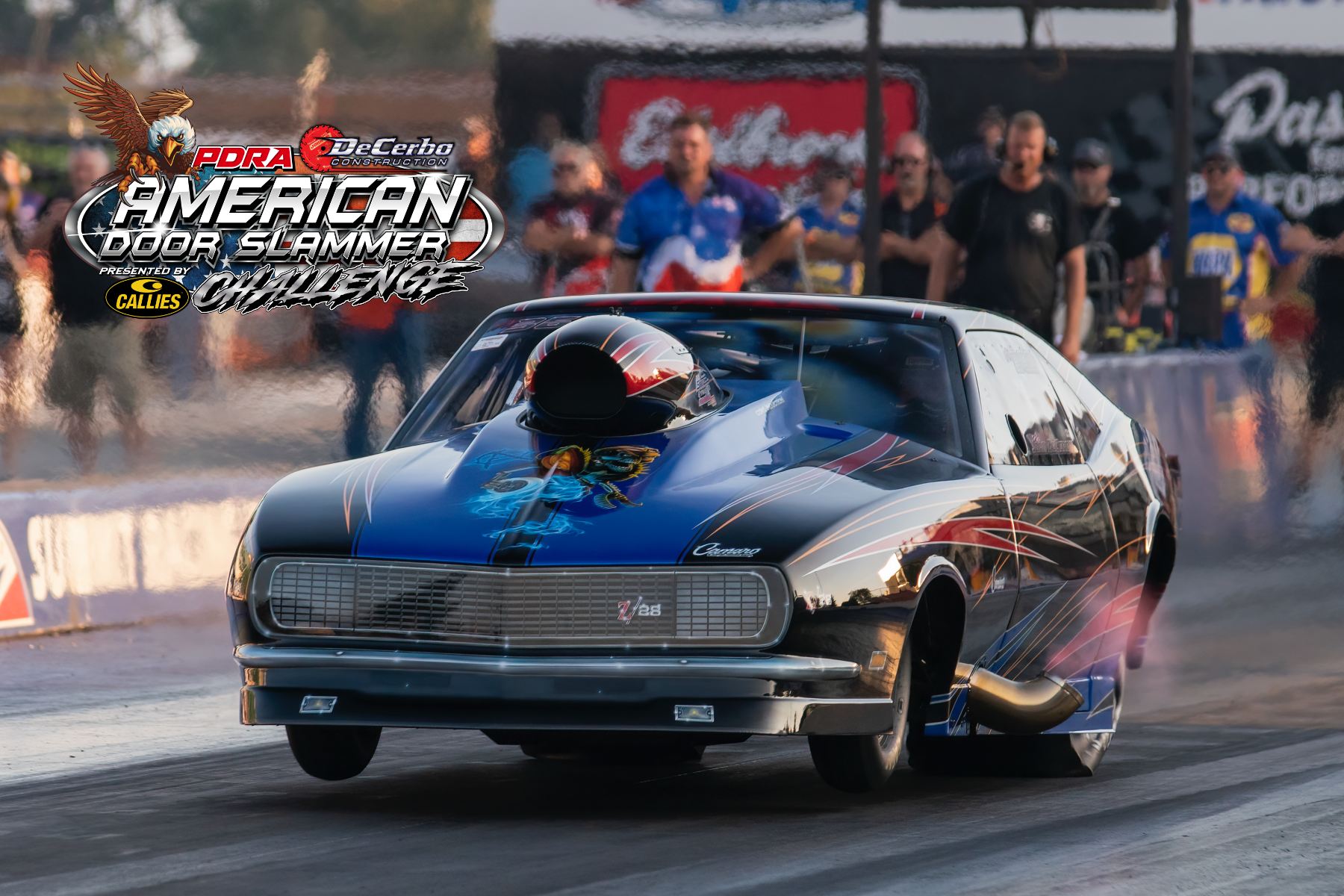 “Summit Motorsports Park is one of the nicest racetracks in the country, so I speak for the whole organization when I say we’re excited for this weekend,” said Tyler Crossnoe, race director, PDRA. “Unfortunately we weren’t able to make our planned stop here in 2020, so we’re really glad we could work with the Bader family to bring the series to Norwalk for the first time this season. We have a lot of racers and fans in the Midwest, and we can’t wait to see them all at the American Doorslammer Challenge.”

One of the local racers preparing for the race is Switzer Dynamics Pro Nitrous driver John DeCerbo, who is also the title sponsor of the race with his construction firm, DeCerbo Construction. He immediately stepped up to support the event when it was announced in late 2019.

“I feel [PDRA] is the best place to race right now for our type of cars, Pro Nitrous,” DeCerbo said. “They have the best program. it’s run very professionally. It’s run by the Franklin family, and I have a lot of respect for them. I don’t mind helping somebody out who’s helping me out. We’re just very thankful to have the PDRA. We love the way they do things and we just want to help it grow.”

DeCerbo has been a part-time player on the PDRA Pro Nitrous scene since the series started in 2014. He’s been to the first two races of the 2021 season with his Reher-Morrison-powered DeCerbo Construction ’68 Camaro. The Canfield, Ohio-based wheelman is looking forward to racing close to home at Summit Motorsports Park.

“It’s our home track, where we grew up and where we always race,” DeCerbo said. “My clients and my employees don’t get to see us race much. So it will be a nice place for everyone to come check it out and see how the program operates.”

The points chase is similarly close in Penske/PRS Pro Boost presented by WS Construction, with Randy Weatherford leading Todd Tutterow by just one point. Kevin Rivenbark and Johnny Camp are also less than 10 points behind Weatherford.

The American Doorslammer Challenge is one of the few races left for PDRA racers to earn points towards the Summit Racing Equipment ProStars event, which will take the top eight racers in ProStars points. The ProStars event will take place in conjunction with Virginia Motorsports Park’s Night of Fire on July 31. Ten points or less make the difference between No. 8 and 9 in ProStars points in most classes, making the Norwalk race a valuable one for those racers trying for a spot in the ProStars race.

Pre-race testing at the American Doorslammer Challenge will take place on Thursday from 10 a.m. until 7 p.m. A driver’s meeting will start Friday’s activities at 8:30 a.m., followed by the first Top Jr. Dragster qualifying session at 9:30. Pro qualifying sessions will follow at 2 p.m., 5:30 and 7:15. Sportsman and Jr. Dragster classes will get a final qualifying session at 9:30 a.m. on Saturday, with eliminations starting at 12:45 p.m. Pre-race ceremonies and pro class eliminations will begin at 3:25 p.m. Before the final rounds are completed Saturday night, fans will be treated to a pair of jet dragsters – Josh Graham in the “Eastern Raider” and Al Zukauskas and his “Hot Blade” – and a signature Bader family fireworks show.

Spectator tickets for the DeCerbo Construction American Doorslammer Challenge presented by Callies are available for $15 for Thursday testing, $20 for Friday or $25 for Saturday, while a weekend pass is available for $50. Kids 12 and under get in free with a paid adult ticket. Tickets are available at www.PDRA660.com.