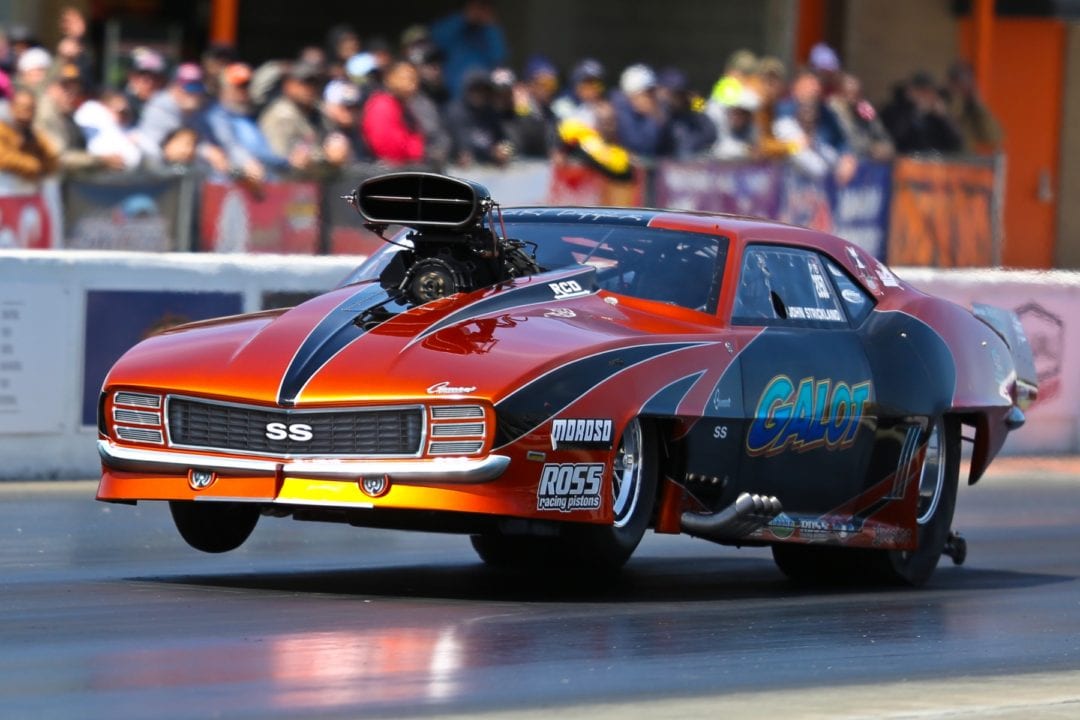 The eighth-mile racers of the Professional Drag Racers Association (PDRA) will converge at GALOT Motorsports Park this weekend for the PDRA Drag Wars. The sixth of eight races on the 2018 PDRA Tour, Drag Wars will feature competition in the PDRA’s five professional classes and numerous sportsman categories as the racers fight for world championships.

GALOT Motorsports Park, which also hosted the season-opening PDRA East Coast Spring Nationals in April, is known for drawing a large crowd of fans and participants. While the spring race was impacted by rain storms, Drag Wars is benefiting from a warm, dry forecast for the weekend.

“It looks like we’re going to have a really good weather weekend, which is exciting for us,” said Bob Harris, PDRA race director. “We’ve fought rain all season, so it’s great for the teams and fans to go into the weekend knowing we can race without dodging raindrops. I’m expecting this forecast to help us pack the stands and fill the pits with race teams from around the country.”

Drag Wars also marks the PDRA’s return to the Southeast after a summer full of events in Maryland, Michigan and Ohio. It’s a homecoming of sorts for the Pittsboro, North Carolina-based PDRA and many of the PDRA racers who reside in the Tar Heel State.

“We are in the heart of Pro Mod country,” Harris added. “These fans know and love Pro Mod racing. A lot of our teams come from North Carolina, South Carolina, and Virginia, so this is a big race for everyone involved.”

With just three races left in the 2018 season, the championship scenarios are starting to take shape. The top two drivers in some classes, like Liberty’s Gears Extreme Pro Stock and Gilbert Motorsports Top Jr. Dragster, are separated by less than 10 points. Two drivers are tied for the lead in Coolshirt Pro Jr. Dragster. Drivers in classes like Switzer Dynamics Pro Nitrous presented by MoTeC and Moroso Pro Boost hold more commanding leads, but there’s still plenty of racing left to make or break championship hopes.

“From Jr. Dragster all the way up to Pro Nitrous, there’s a tough battle in just about every class,” Harris said. “Just like in previous years, I think the championships will come down to the World Finals, but this will be an important race for anyone chasing a championship.”

PDRA will offer open testing for all Drag Wars competitors Thursday from 10 a.m. until 7 p.m. Qualifying will begin Friday with sportsman classes starting at 9:30 a.m. and professional categories at 12:15 p.m. The third and final pro session is scheduled for 8:15 p.m., followed by gassers and a jet dragster. Sportsman final qualifying is set for Saturday at 9:30 a.m. Professional eliminations will begin at 2 p.m., with the final round for all classes scheduled for 9:30 p.m.

Tickets to the PDRA Drag Wars are available for $10 for Thursday testing, $20 for Friday qualifying and $25 for Saturday eliminations. A weekend pass, good for all three days, is available for $40. Children 10 and under get in free. Tickets are available at the gate or online at www.pdra660.com.