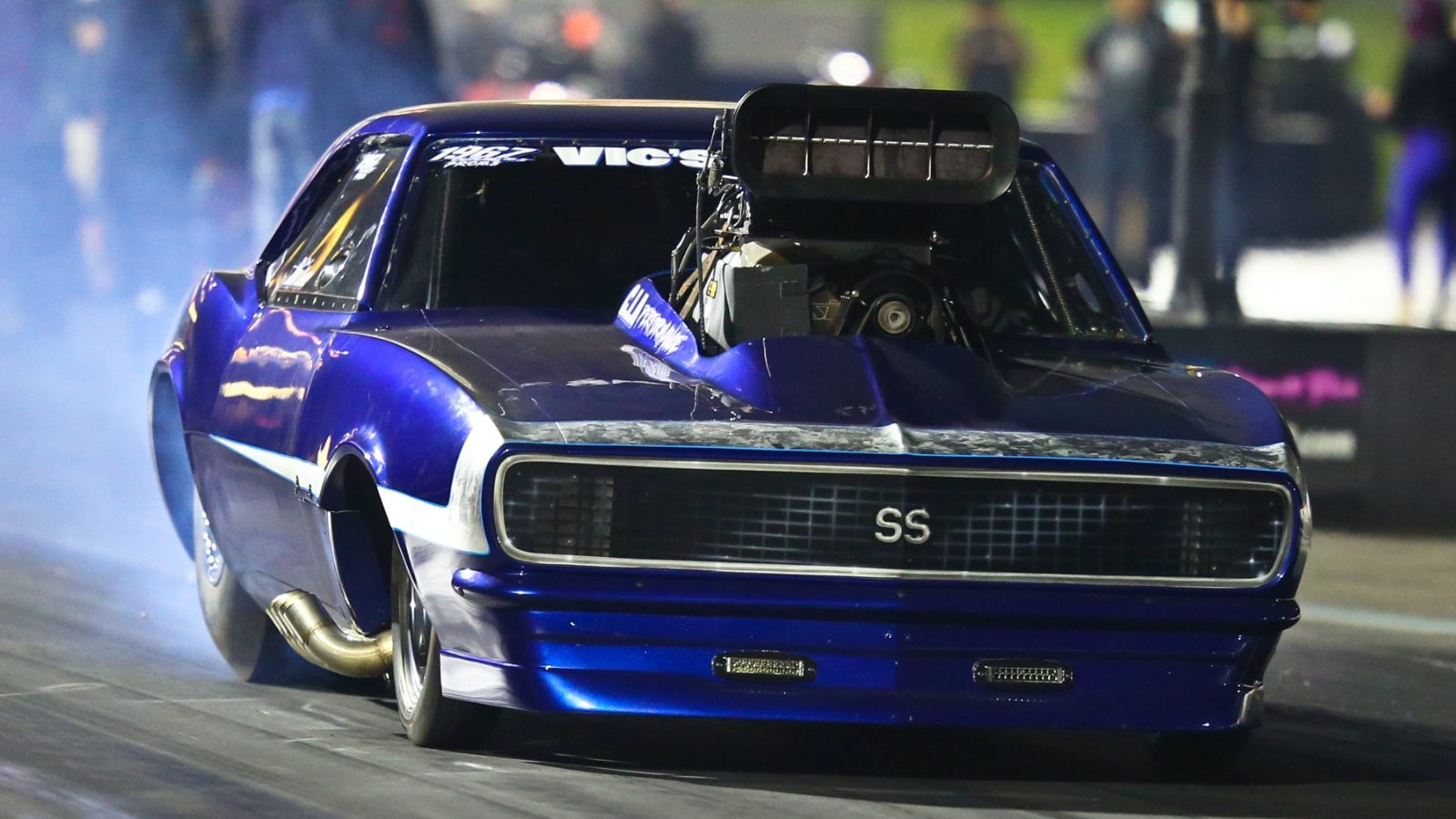 Central Ohio’s Bill Lutz’s decision to test at one of his local tracks on Thursday before making the trip to VMP is paying off. Lutz and his son, Kenny, made changes to their supercharged “Big Boost” ’67 Camaro after reaching the final round at the last race. They tested those changes at Kil-Kare Raceway, then Lutz and fill-in crew member Patrick Miller put them to work with a 3.963 at 196.44 in the second session.

“Obviously this lets us get real aggressive if we want to,” said Lutz, who thanked supporters like Haltech, Vic’s Body Shop, CIA Performance, Menscer Motorsports, Liberty’s Gears, and Quick Drive. “Both sessions we backed it down just to get it through that first 60 feet. We probably could’ve been more aggressive, so tomorrow we will be more aggressive with it. We’re going to try to put it in the 3.80s tomorrow night. I want to see an 80-anything at 200. Then we’ll be happy.”

Norwalk winner Bill Riddle also dipped into the 3-second range, running a 3.984 at 188.70 in his supercharged Corrigan Race Fuels ’89 Camaro. Virginia driver Jesse Lambert posted a 4.013 at 200.26 in his twin-turbocharged ’04 Mustang to end the day third.