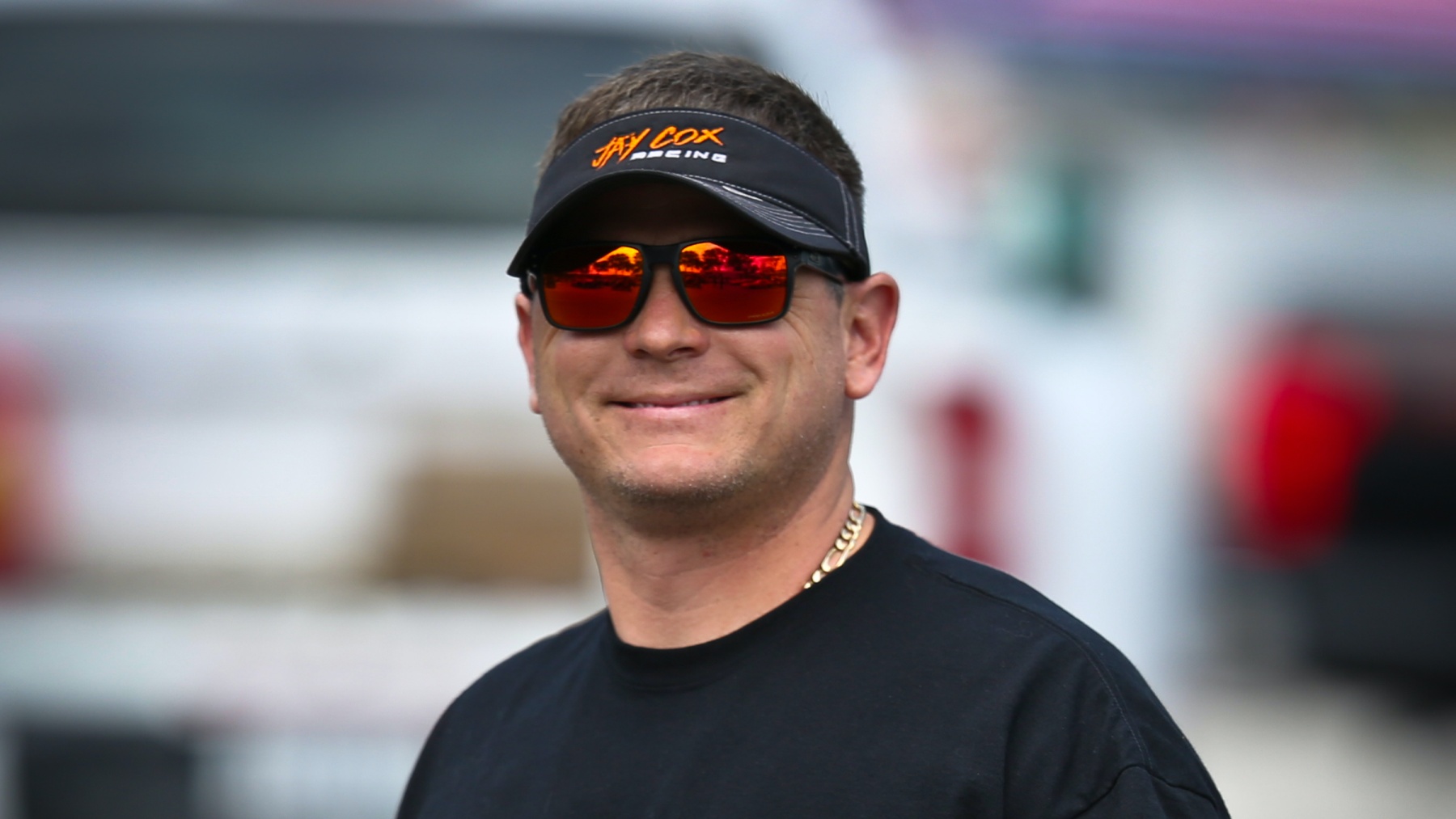 As one of the original stars of PDRA’s Pro Nitrous eliminator, Jay Cox knows what it takes to throw down with a big-inch, nitrous-fed Pro Mod. He’s going to lean on that knowledge base to “swing for the fences” at the $100,000-to-win 2023 Drag Illustrated World Series of Pro Mod, an outlaw eighth-mile Pro Modified celebration March 3-5 at Bradenton Motorsports Park. The former professional baseball player is one of the 40 drivers invited to take part in the winner-take-all event.

Cox is excited about the challenge that lies ahead of him and the rest of the WSOPM field. Racing against a mix of roots-blown, screw-blown, ProCharged, and turbocharged cars in addition to other nitrous cars, Cox realizes it’s going to be a max-effort scenario.

“It’s going to take a lot of pistons and a lot of engine parts,” Cox said. “I ain’t scared to work on ’em. Everybody knows I’ll work just as hard, if not harder than anybody when it comes to tearing a nitrous motor down and putting it back together at the racetrack.”

While Cox credits engine builder Pat Musi for providing reliable horsepower, he plans on pushing the Musi 959ci engine in his Butner Construction “Pumpkin” ’69 Camaro to its limits.

“If a nitrous car is going to win that deal, he’s gonna have to be all-in,” Cox said. “It won’t be for the faint of heart. You’ll have to take the heads off it at night and service it. Hell, we might take the heads off of it every round if that’s what we have to do. My guys are great at it. This group of guys that I got right now is probably the best I’ve ever had. They take that motor apart and put it back together in 40 minutes.”

Along with being a part of the nitrous contingent at WSOPM, Cox is proud to represent the all-eighth-mile PDRA, which is celebrating its 10th season in 2023. He feels strongly that the series hosts some of the most competitive Pro Mod racing in the sport. 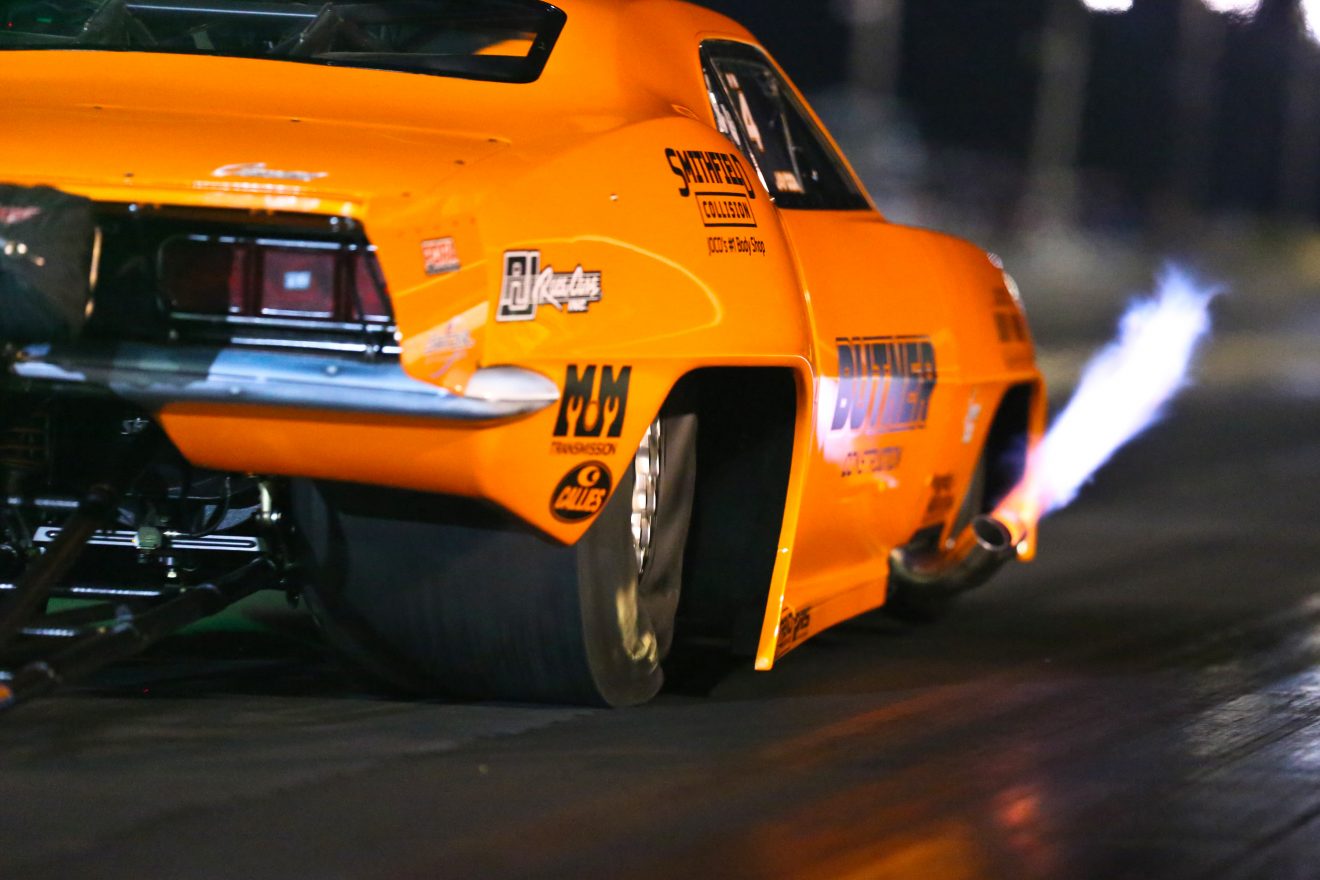 “I’ve been tried-and-true PDRA since the day they started,” said Cox, a 10-time Pro Nitrous event winner. “I’ve never missed a race, knock on wood. I ain’t knocking any other racing organization – I love all racing – but in my mind and my heart, the best racers out there race PDRA. [Two-time NHRA Pro Mod world champion] Stevie Jackson talks all that crap about coming over there to NHRA all the time, but you watch, when an NHRA guy, [Jackson] or whoever comes over to PDRA, they don’t dominate. They don’t run away with it. They’re middle of the pack. I’ll say it over and over again: if you want to find out what you’re made of, just come over to PDRA. There’s Pro Boost or Pro Nitrous. Jump in anywhere and you’ll find out real fast it ain’t as easy as everybody makes it out to be.”

Cox is looking forward to mixing it up with Jackson, who also raced successfully in Pro Nitrous for multiple seasons before his current reign in NHRA Pro Mod, along with the other NHRA Pro Mod standouts that will be a part of the WSOPM field. The list of invited drivers also includes stars from other Pro Mod classes, drag radial classes, and more.

“There are guys in there I’ve never raced against, and I’m looking forward to it,” Cox said. “I have a lot of pride, but I don’t care who I race. I just want to race. I want to find out who’s the best.”

Even though the WSOPM is over three months away, Cox is already formulating his game plan for the high-stakes race.

“I’m gonna go down there and use those first two days of testing to get ready for my PDRA season, then I’d say when qualifying rolls around, we’ll have that thing tuned up pretty good,” Cox said. “I ain’t scared to swing for the fences. That’s what I was known for. I’ll swing for it when it comes time.”

For the current list of WSOPM invited drivers and event updates, visit www.WorldSeriesofProMod.com.