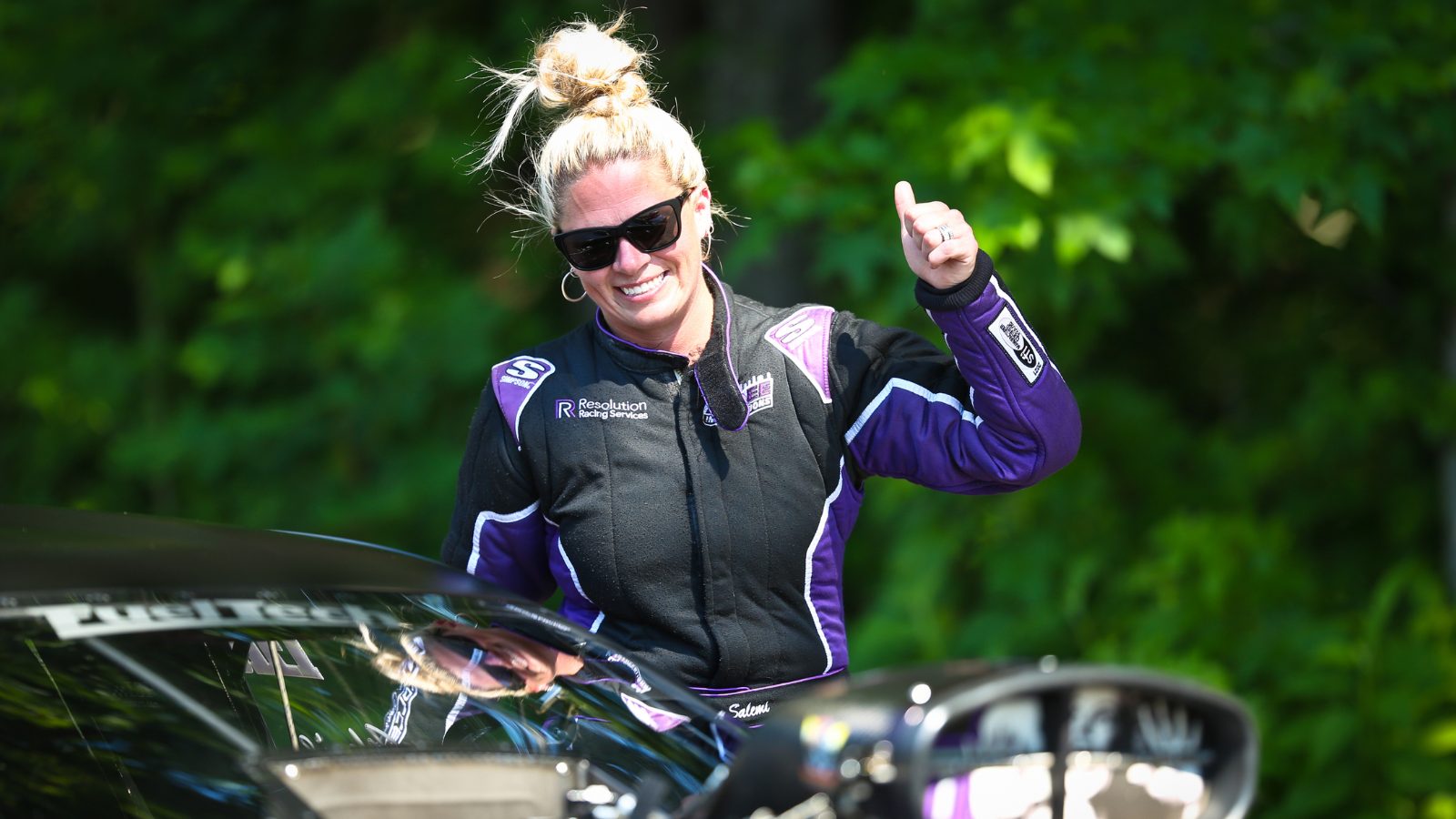 PDRA Pro Boost standout Melanie Salemi has accepted her invitation to the World Series of Pro Mod at Bradenton Motorsports Park. Salemi currently holds the PDRA E.T. record at 3.568, which she set during the season opener. Her dominating force in Pro Mod racing has earned her an invitation to compete for the $100,000-winner take-all cash prize.

“We wouldn’t miss it. It’s going to be a really great event,” said Salemi. “The World Series of Pro Mod is what drag racing needs right now – something different and something to get the fans involved.”

Salemi has had a successful drag racing career, winning $40,000 in Pro Mod at the Shakedown Nationals in 2018, then claiming the $50,000 cash prize at the 50th Snowbird Outlaw Nationals at BMP in December 2021. Plus, she claimed back-to-back wins at the Radial vs. the World at World Street Nationals in 2019 and 2020.

Salemi’s PDRA resume is just as impressive – she raced to a PDRA Pro Boost win in 2022 and is a four-time PDRA PB low qualifier this season. Not to mention the record she set at the beginning of the year, then capping off the season with a runner-up finish in the points.

“This is a huge moment for the WSOPM,” stated Wes Buck, Drag Illustrated Founder and Editorial Director. “She’s somebody that has been on the Drag Illustrated radar for a long time. She really shines in these independent promotions, big money races, and has a tremendous track record of success.”

The doorslammer drag racer looks forward to representing the PDRA at the WSOPM and is excited to compete against racers outside the ultra-competitive PDRA Pro Boost class. “We’re super excited to go. We’ve been testing, plus we’ve been on the dyno testing – we’re going to be ready for it,” Salemi said.

Additionally, Salemi is excited about the outlaw eighth-mile format, plus the chip draw. “I think it’s going to add some camaraderie between everybody. You have to beat every single racer to win the race,” explained Salemi. “I don’t care if I’m 16 and have to race number one, or if I’m number one and I have to race number two. I just want to win.”

Salemi joins the recently crowned PDRA PB Champion Todd “King Tut” Tutterow. She is one of the 40 drivers invited, where only 32 will qualify to compete at the WSOPM.