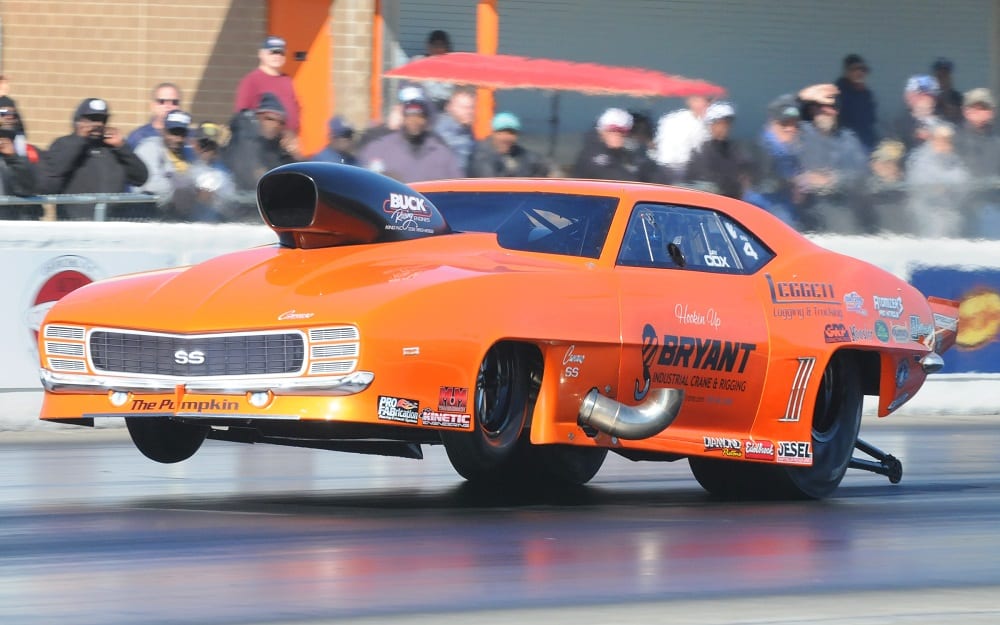 Nicknames were synonymous with drag racing in the initial heyday of the sport. The names Raymond Beadle and Harry Schmidt may not be widely familiar, but say “Blue Max” and any number of drag racing fans can immediately picture a blue funny car with white stripes and gold lettering. Let’s be honest – drag racing, as much as it’s identified by cars, has always been about the people. But the people are known by their personas, personas that are often emblazoned on the sides of their hotrods.

The PDRA is calling for a return of these personas, so beloved by fans. Many PDRA racers already tout a recognizable nickname and in 2017 you can expect to hear those names a great deal more. As Bob Harris explains, the PDRA is continuing their mission of making each event better than the last by putting a strong emphasis on racer personas in 2017: “We believe in the roots of our sport and this idea so strongly that we’re going to offer our racers a nice incentive to name their car this year. They have the first three races to get this done and if, within that time frame, any racer in Pro Extreme, Pro Nitrous, or Pro Boost names their car, he or she will receive 200 bonus points.

Racers who already have a name somewhere on their car simply need to ensure it’s also identified on the tech card to receive the bonus points. As Harris highlighted, racers may put the name in any visible spot on their cars. PDRA announcers will rely heavily on these personas throughout the season to generate better fan recognition, sponsor identification and racer interest.

“We want to make sure our drivers and their hotrods are easily recognizable. The PDRA is simply a platform we can all use to make drivers the stars. In NASCAR people remember the number, but with drag racing, it’s always been a colorful nickname that reflects the personality of the driver or the car itself. That’s what we want to promote as we continue keeping drag racing great,” Harris added.

“Jay Cox got all kinds of notoriety from ‘The Pumpkin’. They may walk right by Jay Cox and not know who he is, but they know exactly what to look for when the announcer says, ‘The Pumpkin’s coming to the line.’ Everybody in 2016 knew who The Pumpkin was. Many of our racers already have their personas: Chris Rini, the Northern Assassin; Tommy Franklin, the Jungle Rat; Jason Scruggs, Mississippi Missile; Terry Leggett, Legbone; Stevie Fast, The Shadow; Lizzy Musi, King Kong. We want to make these personas famous. People connect with that. Giving fans a personality to connect to is what makes lasting memories. It helps tell our story and make stars of our drivers.”

Although the 200 bonus points are only available to Pro Extreme, Pro Nitrous, and Pro Boost competitors, all PDRA racers are encouraged to develop and promote a persona. Anyone who puts a name on their car and tech card will be identified by their chosen name over the PA, on PDRA social media, and news articles. PDRA staff are considering offering incentives to other classes in the future.