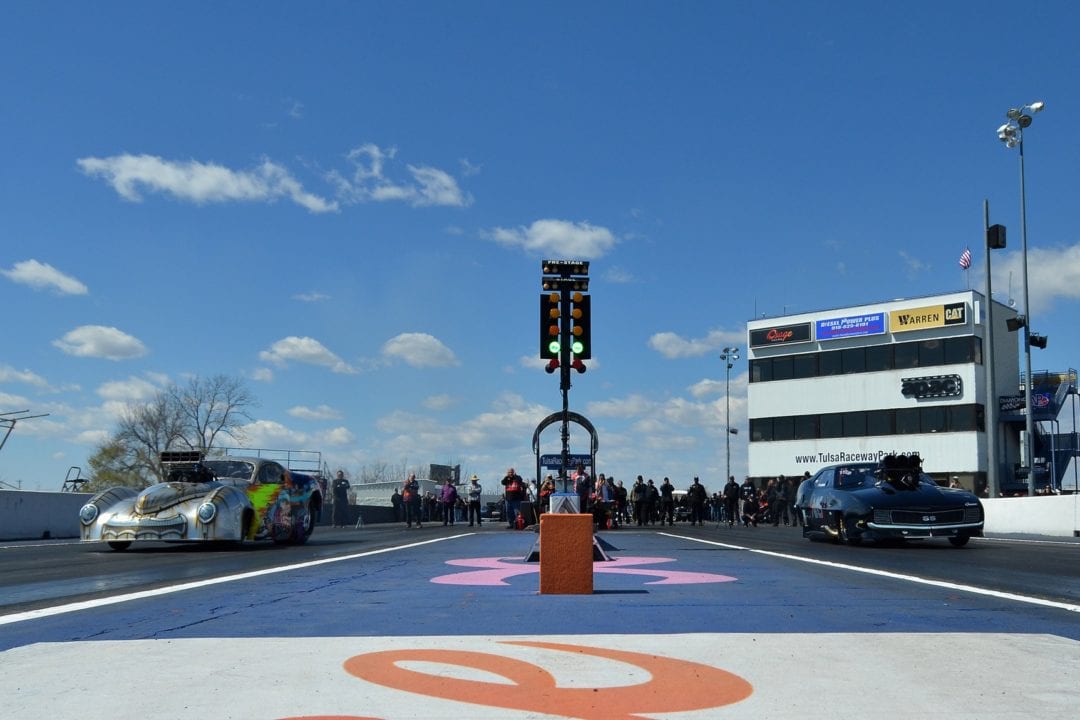 This weekend marks the late-season return of the Professional Drag Racers Association (PDRA) to Osage Casino Tulsa Raceway Park for the PDRA Summer Nationals, Aug. 10-12. Despite challenging weather forecasts for the weekend, the all-eighth-mile series and its teams will move forward with the sixth of eight races on the 2017 PDRA Tour.

“It’s not just Tulsa being affected by these storms,” said PDRA race director Bob Harris. “It looks like the whole eastern U.S. is getting hit with these thunderstorms. We just feel like we’ll work around them. With the exception of the tropical storm we faced at Bradenton last year, we’ve never had to postpone a race due to rain in the four-year history of the PDRA. We have Sunday to fall back on as a rain date if we need to do that. We’re flexible and we’ll do everything we can to make this race happen.”

“Even with the forecast, I’m expecting a good car count,” Harris said. “Our participants are diehard racers and they won’t let a little rain stop them from coming out and putting on a show. It’s Tuesday afternoon and we already have cars on the grounds here at Tulsa. With the combination of our touring regulars and local teams, I think we’ll have strong fields this weekend.”

A full day of testing for all PDRA competitors will take place on Thursday, Aug. 10, from 11 a.m. until 9 p.m. Friday’s activities will begin with the driver’s meeting at 11 a.m., followed by Sportsman qualifying sessions at 12:30 p.m., 2 p.m., and 5:30 p.m. Professional qualifying is scheduled to begin at 3 p.m. A final qualifying session for sportsman (11 a.m.) and professional racers (1 p.m.) will set the fields for eliminations, set to begin at 4 p.m. for sportsman classes and 6 p.m. for professional categories.

Tickets to the PDRA Summer Nationals at Osage Casino Tulsa Raceway Park cost only $5 for general admission to Thursday’s test session, $15 on Friday, and $15 on Saturday. Children aged 10 and younger get in free.