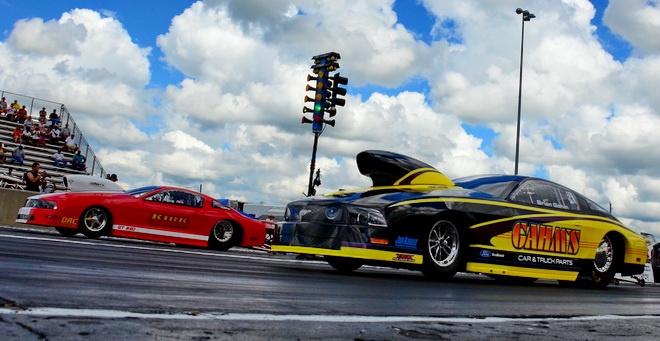 “The Pro Stock class made a great showing in our inaugural season in 2014,” PDRA Director Bob Harris said. “However, team commitments to other series has split the division.  For the good of the racing community the PDRA will not contribute to the further division of this class.”

Following a dispute between the mountain-motor Pro Stock racers and their traditional IHRA home in 2008, the now-defunct ADRL added XPS as an eighth-mile exhibition class late that season, then made it a full-time offering the following year. There was no IHRA Pro Stock racing from 2010 through 2013, but with the Ohio-based organization welcoming back the big-motor teams to traditional quarter-mile competition last season and continuing the class in 2015, it again tested allegiances within the tight-knit XPS community.

As recently as early December at the PRI trade show in Indianapolis the PDRA confirmed the continuation of the mountain-motored Pro Stock class this year, but now claims “the expected team participation in the Pro Stock class for the 2015 season fell short of the numbers to make the Pro Stock teams a viable class in the series.”

“We wish them (XPS teams) well in their racing schedule and would be happy to consider their addition to the PDRA class line-up in the future,” Harris concluded.