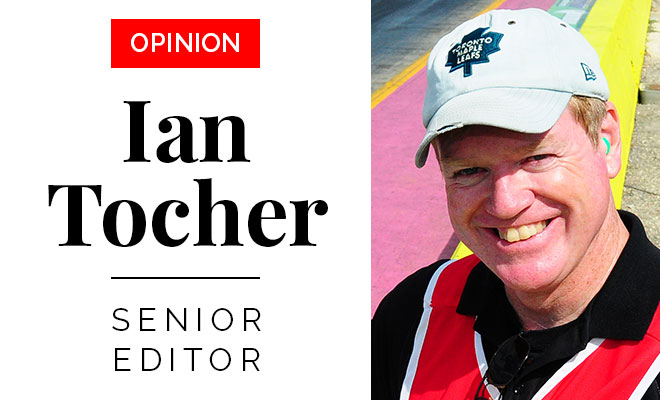 To judge the inaugural event of the Professional Drag Racers Association (PDRA) from a strictly monetary perspective, then yes, its PDRA Spring Open at Rockingham Dragway this April probably represented a financial loss. But factor in racer goodwill, on-track performance, overall customer satisfaction and positive reviews from competitors and fans alike, then without question; it was a resounding success.

Of course, goodwill and positive reviews won’t pay the bills, but there were enough fans in the stands and race cars parked in the pits to prove the PDRA at least has a viable product. It remains to be seen, however, if it’s sustainable. That will require eventually turning a profit, or at minimum, breaking even.

For those late to the game, the all-eighth-mile PDRA essentially is the replacement for a faltering ADRL, which ran into trouble due to financially overextending itself late last year and rendered it unable to assemble a schedule for 2014. Hastily put together early this year by a quintet of prominent ADRL veteran competitors—Tommy Franklin, Gene Hector, Roger Henson and Mitchell and Jason Scruggs—the PDRA, shepherded by race director Bob Harris, stepped in to ensure the nation’s top outlaw doorslammer racers would still have a place to race this season.

For now, the ownership group insists it’s aware a profit is unlikely this year and its members are individually prepared. It’s hoped, though, that getting through this inaugural, eight-race schedule will prove the PDRA is worthy of attracting a major series sponsor to help defray the costs in seasons to come. That’s admittedly a tall order, but I was encouraged to hear Franklin say they would not be relying solely on personal connections within the racing and performance industry to fill the void. He said serious consideration is being given to hiring a professional PR and advertising firm to aid in the sponsor search, much like John Force has done to bolster his racing empire upon the impending loss of two major backers. I applaud that effort and if it works for Force and/or the PDRA, I expect we’ll see a lot more teams and organizations following suit in the future.

As to the Spring Open itself, the PDRA era officially opened somewhat anticlimactically with a pair of Jr. Dragsters making the first qualifying passes. Regardless, four rounds of qualifying (one Friday night, three on Saturday), followed by eliminations on Sunday delivered enough memorable moments to make this a more-than-worthy “I was there” event.

Incredibly, several outstanding performances could be considered the highlight of the weekend. Contenders for the honor include Frankie Taylor’s quickest-ever-in-the-world 3.48-second blast to qualify number one in Pro Extreme, while Eric Dillard’s unprecedented 3.56 in a turbo car while making the fastest eighth-mile pass ever (221.05 mph) by a doorslammer—of any kind—is no less impressive. Consideration also goes to Bubba Stanton, who posted an official record 3.51 alongside Taylor’s brilliant run in the quickest and fastest door-car pairing in history, backed up by a trio of 3.53s in eliminations on his way to securing the first PDRA Pro Extreme victory.

Pro Nitrous, too, saw outstanding runs with top qualifier and race winner Jason Harris becoming the first to exceed 200 miles per hour in an automatic-equipped nitrous car (200.05, later increased to 200.89). Meanwhile, second-place qualifier Lizzy Musi, competing in the first Pro Nitrous race of her young career, quite notably became the first woman ever to break the eighth-mile, 200-mph barrier in a Pro Mod-type ride when she went 200.02 in the semis.

After getting off to a great start with a season-opening win in quarter-mile IHRA mountain-motor Pro Stock competition, Cary Goforth continued his hot streak with the eighth-mile Extreme Pro Stock win in Rockingham, setting low elapsed time for the meet with a 4.02 in the final round. Proving he’s the real deal—again—Goforth won his second IHRA event of the year just a week later at Bradenton, Florida.

It was the Todd and Todd show in the final round of the PDRA’s new and unique Pro Boost class for roots blown and turbocharged entries, as Todds Moyer and Tutterow went head to head, with King Tutt reigning supreme at the finish line. It came at a cost, though, as Tutterow oiled the left lane, forcing an unfortunate 45-minute delay in the middle of all class finals. Pro Boost qualifying also was marred by the violent, top-end crash of Jim Bell in his twin-turboed 2013 Mustang. Fortunately, the Canadian driver avoided serious injury and within a week had a new ’69 Camaro in the works as a replacement ride.

If it’s Pro Extreme Motorcycle, veteran rider and engine builder Paul Gast served early notice with a 4.03 in qualifying that placed him number one and held up for low ET of the race, but number-two starter Eric McKinney had an easy path to the win at Rockingham after all three of his opponents broke on the line.

With a 4.03, number-one qualifier Ronnie Davis had a couple of hundredths on his closest competitor, but broke out in round two, clearing the way for Stacy Hall to rise from the 13th position to take his career-first Top Sportsman win. Top Dragster, meanwhile saw Travis Harvey survive from 14th place to earn the first-ever PDRA long car win, with Connor Caulder and Alexis Tanner winning the Jr. Dragster classes.

So the first race ever for the PDRA featured record runs, heart-stopping action and feel-good stories, but that’s pretty much been the case for outlaw doorslammer racing for as long as it’s been around. What could possibly have set this event apart?

So, it appears seeing a financial return remains the one weak point for the fledgling PDRA, but speaking for the ownership group, Jason Scruggs pointed out that one race does not make—or break—a series. “We know what we’re in for and we have a three-year plan to see this thing turn profitable,” he said.

“And that’s not to say we’ll be done in three years, no matter what happens, just that’s what we’re working from right now,” he quickly added. “And I know that’s what’s been said (by other people) before, but the PDRA is better funded than anything that’s come before it. We’re in this now and failure is not an option.”