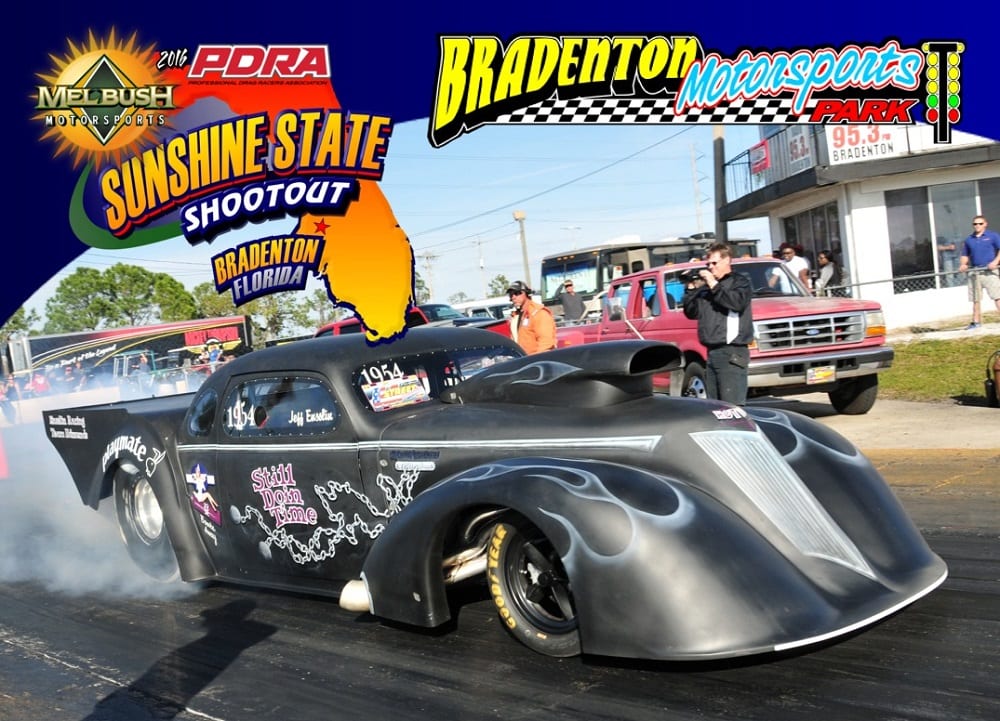 Outlaw 632 has deep roots at Bradenton Motorsports Park. The class was created there through a collaboration between racers and the facility. It has increasingly grown in popularity among Florida racers and is now spreading across the country.

The Professional Drag Racers Association will head to Bradenton Motorsports Park for the Mel Bush Motorsports Sunshine State Shootout September 29 through October 1. Along with the PDRA’s usual all star line up of classes, Outlaw 632 will make a PDRA debut at the track it calls home.

The category is so named due to the 632 cubic inch limit. Legal weight is based upon engine combinations. Nitrous is the only power adder allowed. “The class is full of really cool looking machines,” Chervitz continued. “We run it down here probably eight times a year. But now it’s been picked up at quite a few other tracks around the country. A lot of cars can fit into the class. People running the class are out having a great time.”

Chervitz typically sees about 30 cars enter Outlaw 632 at his track and believes it will be a great addition to the class line up at the Mel Bush Motorsports Sunshine State Shootout. PDRA’s Bob Harris agrees:

“We’re excited to welcome Outlaw 632 to the Sunshine State Shootout,” Harris commented. “The class is growing in popularity with fans and racers. It’s a great chance for us to highlight local talent and the grassroots racer in an exciting class that has strong roots at Bradenton Motorsports Park.”

With 13 or more cars entered in the class, Outlaw 632 will be a 16 car qualified field. The field size will increase to 32 if 28 or more cars enter the event. Entry fee is $200 and includes car and driver and one starting line crew. Payout is as follows for a 16 car field (will be adjusted if the field is 32 cars):

A full set of rules can be found here.