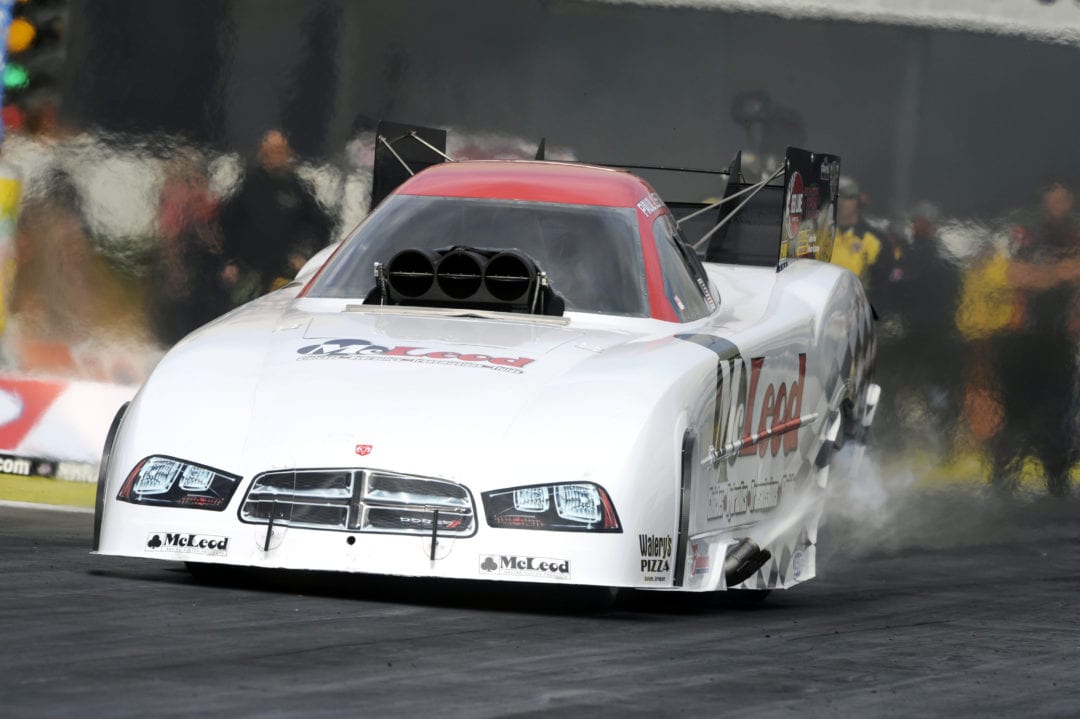 NHRA Nitro Funny Car driver, Paul Lee, is retiring from the sport of drag racing. Lee suffered a heart attack over the winter and will not be returning to the seat of his McLeod Racing/ Kalitta Motorsports Nitro Funny Car.

On December 13, 2016, two days after returning from a successful PRI show in Indy, Lee experienced a massive “widow maker” heart attack, with 100% blockage of the left anterior descending (LAD) artery. Three stints were inserted in his main artery, but Paul suffered significant heart damage as a result. 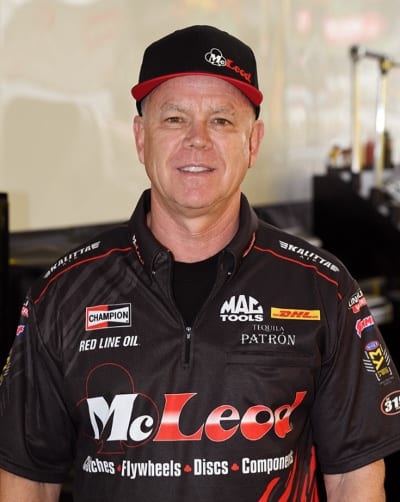 “I’m very lucky to be alive,” says Paul Lee, owner of McLeod Racing. “The paramedics are close to my house and were there in minutes. They got me to the hospital in time for the doctors to save my life. The doctor told me that this is the worst kind of heart attack someone can have and only about 1 in 10 survives. So I’m extremely grateful to the local paramedics and the doctors for doing a great job of saving me.”

Lee has been a lifelong fan and participant of NHRA drag racing. He began his love as a little kid at his home track of Atco Dragway in New Jersey. He used to “borrow” his mom’s car at 17 years old and head out to the drag strip. Since then he has claimed victories in both Top Alcohol and Top Fuel Funny Cars.

“I’ve dedicated my life to the sport of NHRA Drag Racing,” explains Lee. “It’s been my love and passion since I was a child growing up in New Jersey. It pains me to know that I’ll probably never get to drive again, but in reality, I’m happy to still be here. My heart is too weak and will take years to recover. Besides, as long as I’m on blood thinners (to help a damaged heart work better), it’s not safe for me to drive a 300mph race car.”

Lee’s racing operation, which is managed by Kalitta Motorsports, will be entered in some races this year to fulfill previous sponsor commitments. A driver will be announced when the time comes available. As for co-crew chiefs, Glen Huszar and Nick Casertano, they will continue their efforts to help the Funny Car teams of J.R. Todd and Alexis DeJoria.

“Kalitta Motorsports was devastated to learn about Paul’s heart attack, but thankful that he is still with us,” said Jim Oberhofer, Vice President of Operations, Kalitta Motorsports. “We know how much desire Paul had to compete at the highest level in the sport so we are saddened he will be unable to continue. However, he is and always will be a part of the Kalitta family.”

Lee will continue to support the Kalitta Motorsports organization for the years to come. He will also continue to own and operate McLeod Racing.

“Nevertheless, I’ve made many friends in this sport, both in my Alcohol Funny Car days in Division 1, up to my friends in the professional ranks, and especially all the folks at Team Kalitta. I’d like to personally thank Connie Kalitta and Jim Oberhofer and the whole Kalitta organization for welcoming me into their family. I will be forever grateful.”