And so it came to pass, after weeks of social distancing and mask wearing, the fourth edition of the K&N Spring Fling GALOT presented by Optima Batteries opened up to a Test & Tune session today followed by a limited field of racers in the Super Tuesday American Race Cars/Race Tech Dragster Shootout.

“We’re thrilled to get back to providing our customers, who are all our friends, with the experience and excitement our Fling racers have come to expect,” said co-promoter Peter Biondo. As hot as the heat and humidity was today, it almost feels like a Summer Fling but that doesn’t come off the tongue as easily.”

Due to the events of our day and whatever the “new normal” might be, co-promoters Biondo and Kyle Seipel, along with the staff at GALOT Motorsports Park in North Carolina have instituted a number of changes to streamline and make the event as safe as possible for everyone attending. 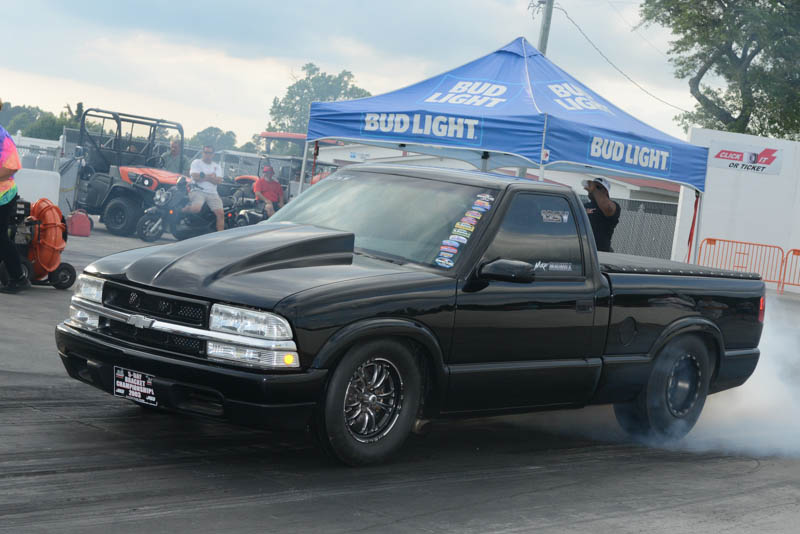 Thirty-two racers threw down money to be a part of the Super Tuesday Dragster Shootout for the chance at either a new American Race Cars or Race Tech dragster awarded to both finalists. After two rounds of racing the survivors moving into the quarterfinal round to be paired up on a ladder were Mike “Snap” Nahill, Hunter Patton, Andy Lloyd, Bryson Scruggs, Tony Brewer, Gary Williams, Ken Batchelor and Cory Gulitti.

Moving into the semifinals after the quarters was the last remaining door car of Nahill who will fight against the dragsters of Gulitti, Patton and Scruggs. First up in the semis was Patton against Gulitti. Patton has been on a roll this year with big wins at several events and he showed why. Behind by .003 in reaction time at the starting line, he made it up by running dead on his dial with “1”. Gulitti has also shown his toughness the past coupe of years and also ran dead on his dial but with a “9” to advance Patton. Next up was the sole remaining door of Nahill who had a big advantage on the ‘Tree over Scruggs, advancing the Atco, New Jersey driver to the final.

For the final, neither driver was exactly stellar on the ‘Tree, but both ran dead-on their dial, with Patton taking a tight win light to take home the American Race Cars dragster with Nahill “trucking” home the Race Tech car. 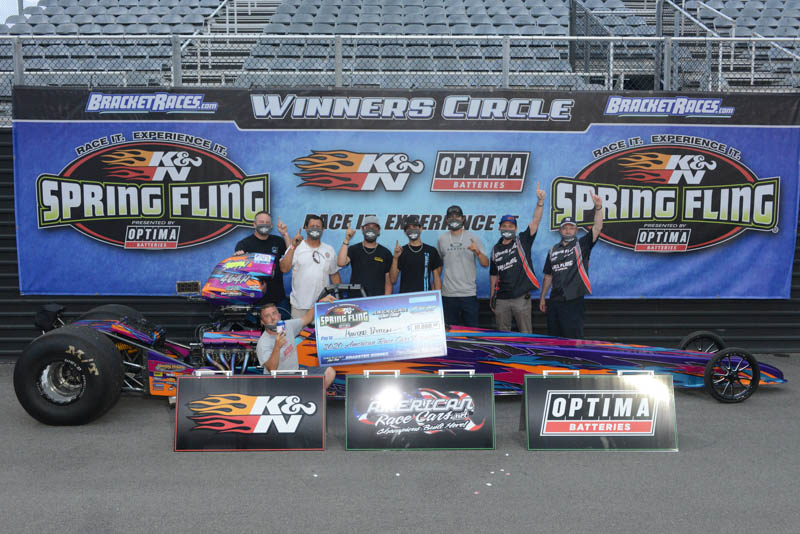 Thanks to JEGS and Hoosier Tires, MotorManiaTV will be on hand all week to stream the action as it happens. Stay tuned to www.bracketraces.com for news and results.