The FTI 350 presented by JEGS came to a successful close Saturday night with three more racers going home with life changing money in their pockets.

“It was an amazing weekend at Cedar Falls Motorsports Park,” said CEO of SFG Promotions, Inc., Kyle Riley while reflecting on the weekend. “We had awesome performances put on by Dadas, Patton, Hastings, and Adkins.” 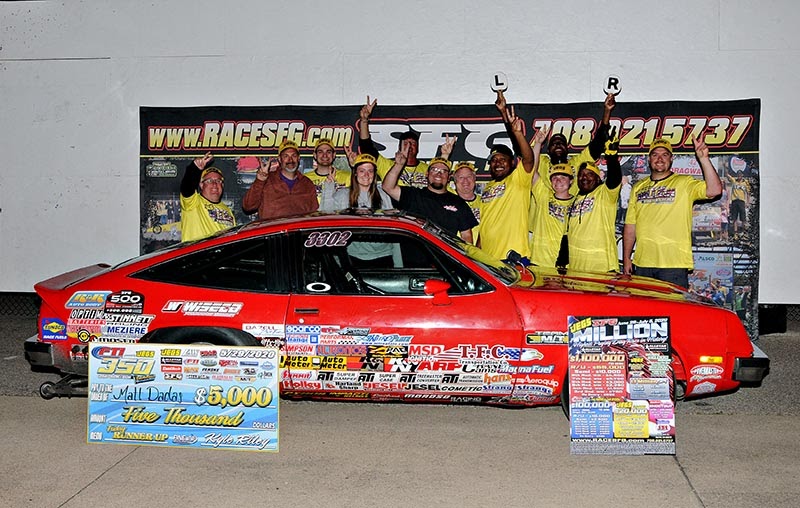 In the semifinals of the second $50,000 race at the FTI 350, Dadas defeated a red lighting Gary Williams which set the stage for a final between Dadas and Ricky “Bull Dog” Adkins who was on the bye.

Dadas sealed the deal in his second final of the weekend by putting up a .001 light before running well over his dial-in after Adkins got loose around 330 feet.

The SFG crew will head to US 131 Motorsports Park next to host the highest paying drag race in the history of the sport: the JEGS-SFG 1.1 Million, June 29th- July 5th.