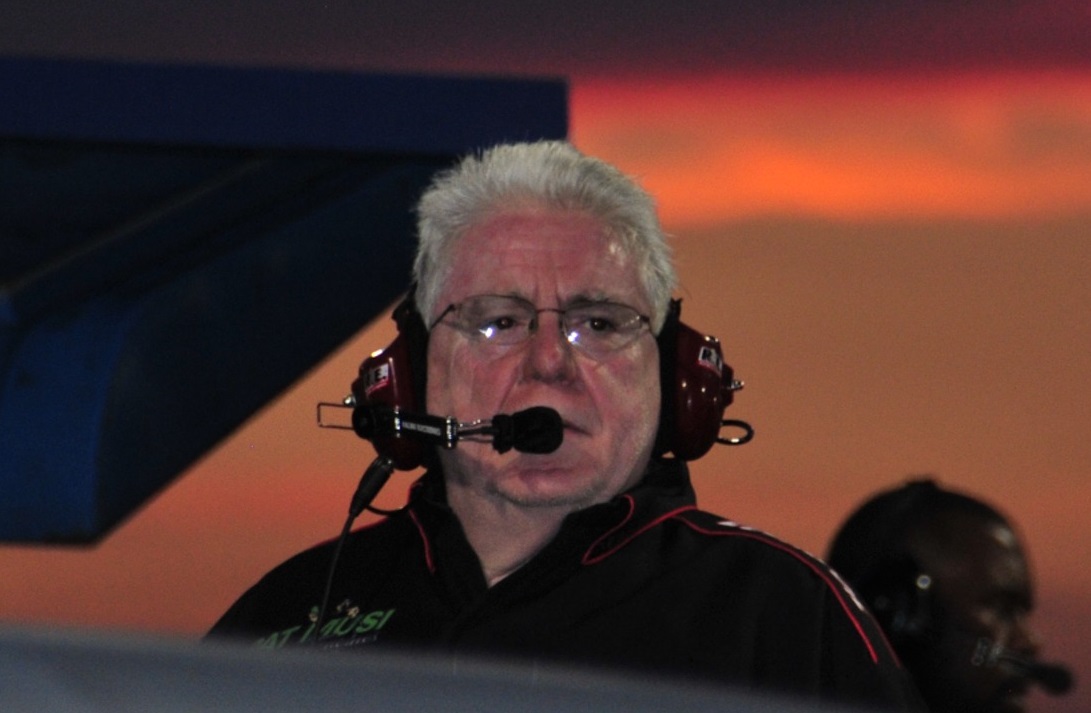 If Pat Musi Racing Engines wasn’t a household name among racers before 2014, it certainly is now. Although Musi has been a successful businessman and racer for decades, racking up a slew of awards and championships, 2014 may have been the greatest standout year of his career. Pat Musi Racing Engines won championships in nearly every major professional Pro Mod organization. Jason Harris had a dominating year in the new Professional Drag Racers Association, storming Pro Nitrous and securing his first Pro Mod Championship. Tommy Franklin finished second to Harris in PN points with the PDRA, but was not to be outdone with the Extreme Outlaw Pro Mods, winning four events in 2014 en route to being crowned EOPM Champ. Finally, Rickie Smith went back-to-back, coming out on top for the second year in a row as NHRA Pro Mod Champion.

Pat Musi’s rise to dominance as the elite Pro Mod engine builder hasn’t been an overnight success. He admits that had he not stepped out of the driver’s seat his company may have never reached this level. He first opened his speed shop in 1970 in New Jersey. His engines were put to the test in his own streetcars where he accumulated eight Pro Street championships.

“I was racing a lot my whole career so it was tough to concentrate on business. I came [to North Carolina] and decided to take a whole different approach and focus just on the business,” Musi remembered. His shop has now been based out of Mooresville, NC for two years, a move that has been good for business. Musi also credits his decision to hang up his helmet and focus solely on his customers as a major component in the recent years’ successes.

“We’ve really concentrated hard on getting the business up and going and getting the engine program to where it is today. I think it’s paid off. I guess last year was probably our best season ever. I’ve had way better seasons in my career personally, winning races, but we’ve never had a career where we’ve dominated Pro Mod in almost every organization out there.

“Sheikh Abdul from Bahrain had this building here in a three year lease,” Musi continued, relating how his move to North Carolina came to be. “They wanted to get out of it because after two years it was tough for him to manage it. We happened to be talking one day. He knew we’d been wanting to move to North Carolina for a long time. He wanted us to take over the lease, but we wanted to work out a long term deal. I needed something solid to be able to make a move like that. So we worked out a long term lease,  reorganized and moved everything and here we are.

“I should have done it ten years ago. The job pool here is better to pick from. There are so many places to get parts built. We do everything in house now except for crankshafts and the hard parts. The manifolds are built here and all the work is done here. The assembly is done here, all the fabrication. We’re one of the few that don’t outsource nitrous.”

While most of the work is done in house at Musi Engines, he is also quick to credit those with whom he’s collaborated over the years. “Danny Jesel with our valve trains- we workclosely together. Richard Maskins now at Dart builds our cylinder head program. Edelbrock and the whole deal with our fuel injection program deserves mention. It’s come a long way. Guys are having to put it on now. They’ve realized it. It’s been key having people like this involved throughout the years.”

Although Musi himself has focused solely on his engine program, his name is being carried on in competition through his daughters. Lizzy Musi earned PDRA Rookie of the Year honors this season for her remarkable performance in Pro Nitrous. A successful driver in her own right, Lizzy is also President of Musi Enterprises and the plan is for her to one day take the reins of running day-to-day business. Younger sister Tricia will be stepping into the spotlight this season as well, getting her feet wet in Top Sportsman.

“I’m content because I can focus on the customers,” Musi said of no longer driving himself. “Tricia will start out this year and I’m sure she’ll do well. Lizzy has done a great job, to place third in just her rookie year and earn Rookie of the Year. Even though she’s my daughter, I can say she earned it. We’ve got good drivers and that’s a lot of the success of our engine shop. If you don’t have good drivers, you can give them an engine, but if the team is incapable of winning it can be very frustrating. We’ve really got a good group of guys running our stuff. I think at one time we had 6 out of the top 8 qualifiers in PDRA.

“The other advantage I think we had is that I ran fuel injection from ‘96 in the streetcar days. So I had a leg up on fuel injection. They all kinda laughed at us, but now nearly every team out there has put fuel injection on. Fuel injection made a hard move last year. I don’t want to sound like I’m bragging about it, but I think a lot of it was because of us and what we’re doing in Pro Mod. There aren’t many carburetors left. They’ve had to make the switch. But I think what we and Edelbrock want to see is getting it into the sportsman ranks. Those guys are a little leary of it, but now they’re seeing there are no problems or issues if you get the correct deal. I expect to see it more and more now in the sportsman ranks.

“We kinda forced [the Pro Mods] into fuel injection. But I just sit back and let my cars do the talking and not my mouth. That said, I think they did the talking this year.”
The cars running Musi power certainly did do a lot of talking in 2014 and one can be sure they aren’t going silent anytime soon. “I’ve been quiet over the winter. My engine competitors have been out there advertising engines and doing what they do, but all I’ve got to say is we’ve been working all winter. We’re still working today. We’ll be working on the weekends. I hope they did their homework, because if they think we’re going to start where we left off, they’re mistaken. We’re not letting up. I learned that from my NHRA days. You can’t let up. When you have an edge, you lose it. It’s real hard to keep. So we’re constantly working on it.

“You have to offer a good product. We can sell someone an engine that with the right combination will go 3.70s. Some guys work their whole career and can’t go 3.70s. So we’re pretty proud of that. We can give our customers the best product possible. Everybody gets the same engine. Some people may think that Lizzy or other customers get something better than everybody else, but we give everybody the same opportunities and they have to work on the rest of their combination.”

As Musi Engine competitors fight to defend their championships in 2015, Musi continues to look at what it will take to not only set the competition bar, but what needs to happen for the industry as a whole to thrive. He believes that organizations like the PDRA are on the right track.

“Sometimes you wonder about [the future of racing] because you hear of some of these big teams quitting, but the doorslammer deal is a big deal,” he stated. “What I like
about the class is that average guys can compete against the guys that maybe have a little more budget. I think this doorslammer deal is strong. We get accused of being a high dollar team, but we’re not. We have a couple of sponsors that help us and we’re careful not to take money out of the business. But if you do it right you can compete.

“We need to focus and not get caught up in the drama of what other organizations do. I really think the PDRA, for their first year, did a killer job. Everybody got paid when they left unlike other deals that happened. They’ve done everything right so far.

“I would like to see some rivalries started,” Musi stressed. “[Other organizations] kinda miss the boat on that with this politically correct stuff, but we’re drag racing. We’re not being political. I was told that a long time ago by probably one of the best promoters – that was Vinny Napp that owned Englishtown. He died about ten years ago; we were really pretty good friends. He told me he’d hire me to come match race strictly because of my attitude and antics on the starting line and what goes on behind the scene. You need rivalries. Fans want to see that. They don’t just want two cars to pull up there, burnout, stage and go down the track. They want to hear smack talk and all that. Unfortunately some of the drivers take it to heart a little too much. We’re drag racing – we’re not going to basket weaving. I think rivalries are a really good tool to use. I know they’re my daughters and I’ll probably catch heat for this, but Lizzy and Tricia are girls, they’re young, they have a following. Use that as a rivalry. These guys are flipping out when they get beat by a girl.”

Musi’s advice is not untested. The early years of drag racing saw great rivalries that exist to this day. Bringing back that element may have just the effect Musi and other business owners are hoping for in the industry. The best rivalries always stem from the highest competition and there’s no doubt that if a rivalry is to be found in professional eighth mile competition, Musi Engines will be right in the thick of it.