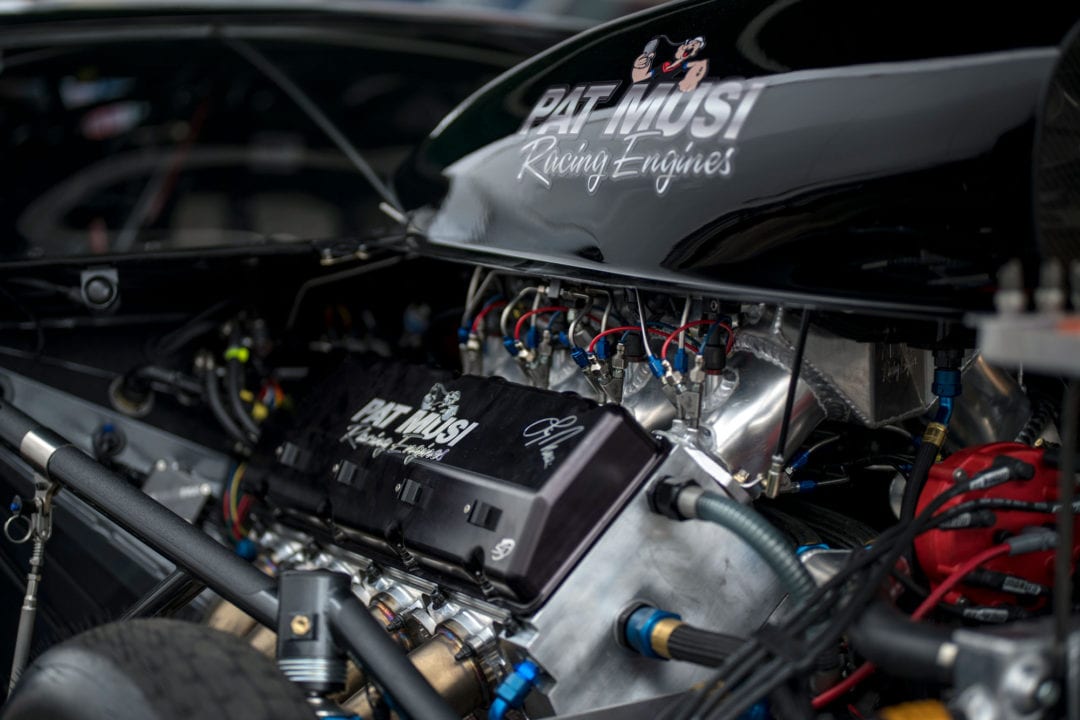 Another outstanding racing season has led to more accolades for Pat Musi Racing Engines, as the company has claimed the PDRA Flatout Gaskets Nitrous Wars for a fourth consecutive year. The Flatout Gaskets Nitrous Wars trophy is awarded to the engine builder who claims the most No. 1 qualifiers in the PDRA’s Pro Nitrous class, and Pat Musi Racing Engines has now enjoyed an incredible four-year run of success in the talent-heavy class.

This season’s success has been even more noteworthy for the Mooresville, NC-based engine builder, as the company claimed the No. 1 qualifier at four of the first five PDRA races this year. With two races still remaining in the season, Pat Musi Racing Engines has already secured the title, which makes this Nitrous Wars victory the most satisfying yet for Musi.

“It’s certainly exciting to win the Flatout Gaskets Nitrous Wars for a fourth straight year, but what’s really satisfying is doing it with this many races left in the season,” Pat Musi said. “We’ve never sewn it up that early and that continues to show the progress we’re making with our engines. We haven’t become content with our success and it’s important for us to continue to push forward and stay out in front in Pro Nitrous.”

As 2018 has proved, Pat Musi Racing Engines remains a step ahead of the competition despite a number of challenges from talented engine builders and drivers. Back-to-back Pro Nitrous world champion Tommy Franklin, who is currently second in the championship points standings, has two No. 1 qualifiers in 2018, including the most recent race, the PDRA Drag Wars at GALOT Motorsports Park, while Lizzy Musi and Randy Weatherford have each powered to the top spot on one occasion.

But Pat Musi isn’t letting up and warns the best may be yet to come. With more favorable atmospheric conditions likely for the final two races, including the next stop on the PDRA tour at Darlington Dragway on Oct. 4-6, Musi is aiming to put together record-breaking performances to end a banner 2018.

“Just because we clinched this trophy with two races to go, it doesn’t mean we’re going to let up,” Musi said. “We’re going to keep the hammer down and continue to push hard these last two events. With the conditions starting to cool down to finish the year, we are looking for some big numbers to finish the year off in style.”