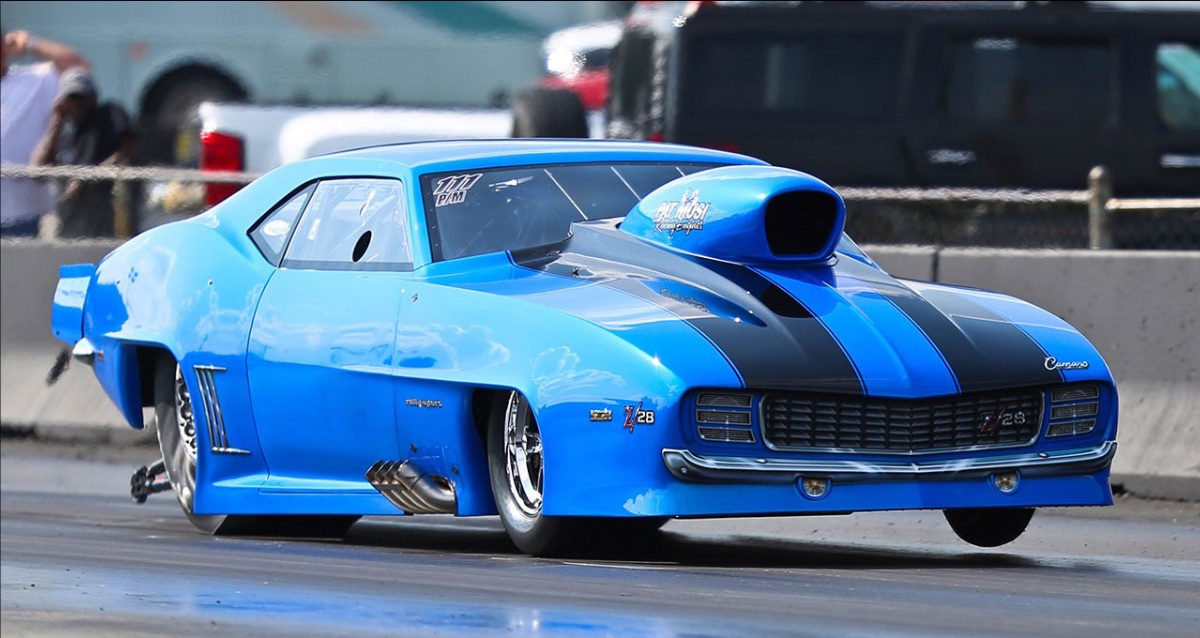 The string of success has continued at Pat Musi Racing Engines and it’s not slowing down anytime soon. In fact, the incredible year by customers across a variety of classes and series has only increased the workload for Musi and his standout team at their Mooresville, NC location.

There has been a steady flow of standout performances by Musi customers, with new accomplishments coming rapidly. There were a number of noteworthy runs last weekend, including world records set by Dean Marinis, Lizzy Musi and Wes Distefano. Those performances come on the heels of a victory from three-time NHRA Pro Mod world champ Rickie Smith, who picked up the win at the NHRA event in St. Louis.

Musi also picked up a number of new and returning customers heading into the offseason, furthering the notion that nitrous racing is alive and well.

“Business is really good. Everyone who went to superchargers, I wish them luck, but nitrous racing is alive and well,” Musi said. “I’m busier than I’ve ever been, and we have a lot of new engines coming together. It’s really exciting to see.”

Marinis made the quickest nitrous-powered run in Pro Mod history on Saturday during the Northeast Outlaw Pro Mod Association event at Maryland International Raceway, going an incredible 5.572-seconds at 255.19 mph with his 959 cubic-inch Musi engine. A little further south, Lizzy Musi also made a record-breaking run, setting the PDRA Pro Nitrous mark with a blast of 3.615 at Darlington. At the same race, Distefano won in Pro Outlaw 632 and bettered his own speed record with a run of 174.55 mph.

The success rate of Musi customers is as diverse as it is long, stretching across the PDRA Pro Nitrous class, NHRA Pro Mod, outlaw Pro Mod, Radial vs. the World, Street Outlaws: No Prep Kings, Pro Outlaw 632 and more.

That has led to an uptick in business on top of an already large customer base heading into the fall and winter months, including Matt Dietsch, Gary Courtier, who is returning to the Pro Nitrous ranks in a new Jerry Bickel-built ’69 Camaro with a Musi 959 cubic-inch engine, John Hall, Matt Guenther and several others.

“John Hall said he’s planning on testing over the winter, and I’m going to take him under my wing a little and be pretty hands-on with that deal,” Musi said. “Matt Guenther is getting a new motor, and we just shipped a motor to Bahrain.”

That makes it an exciting time for Musi, who also praised the work of his group at the shop and the race team. That confidence in Musi’s engines carries over to current customers as well.

Pro Nitrous standout Tommy Franklin and RvW record-holder Marcus Birt are big supporters of Musi’s program, and both have big plans to end the season after enjoying great years in 2019. Franklin has a win and three final-round appearances this season, noting the durability of his Musi engines, while Birt echoed the same sentiment with his nitrous-powered Corvette, which has put together a record-breaking campaign with Stevie “Fast” Jackson making the tuning calls.

“Whatever Stevie has been doing, I told him to keep doing it,” Musi said. “I give him an A-plus. They’ve been doing a great job, and so have Tommy and his team. They’ve been outstanding, and Rickie’s win in St. Louis just sort of put the icing on the cake.

“Seeing all the records broken last weekend, it just adds to what has been a great year. It’s all been really exciting to see. With our guys at the shop, if something needs to be done, everyone jumps on it. That’s where we are.”