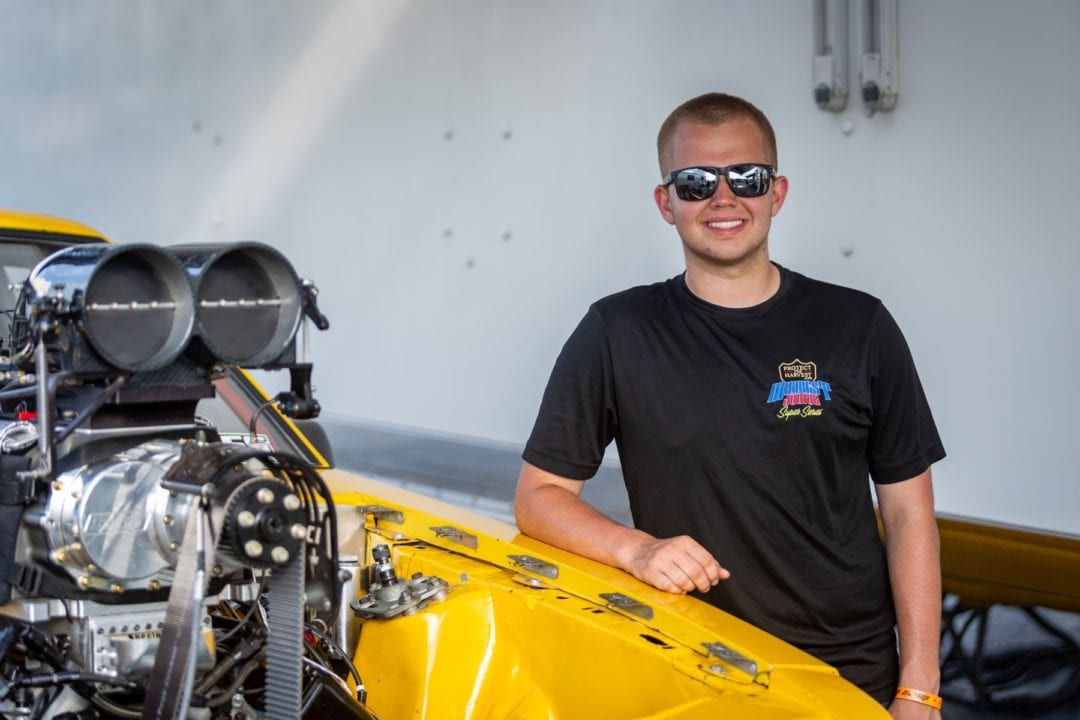 The feel-good story of the weekend at the Premier Street Car Association’s Heads-Up Hootenanny at Gateway Motorsports Park was the incredible, against-the-odds performance by Preston Tanner in MX235. Racing under the shadow of the Gateway Arch on the last weekend in May, Tanner debuted his family-owned ’92 Mustang and took it all the way to the winner’s circle from the No. 10 position. He nearly shared the winner’s circle with his sister, Lexi, who posted a runner-up finish in the advanced Jr. Dragster class.

The on-track story was special enough for Tanner, an inaugural DRAG ILLUSTRATED30 Under 30 honoree, but it was the back story behind the weekend that sweetened the deal for the Tanner family and their legion of supporters watching on. The Indiana native skipped his high school graduation to compete at the race, mostly because it was his last chance to debut the supercharged Mustang before going off to National Guard training for the summer.

In between Top Dragster qualifying sessions at the PDRA Summer Drags in Martin, Michigan, Tanner sat down with DRAG ILLUSTRATEDto talk about his new car, the fantastic debut weekend it experienced and his plans for the rest of the year.

How long have you and your dad, Andy, been working on putting together this Mustang?

Around two years ago we went and picked it up in the middle of July. It used to run quarter-mile Mustang races. It was a perfect roller for us, so we picked it up, then Snyder Motorsports helped us with the small-block Chevy powerplant and the ComSync EFI. Ryan Micke with ComSync also helped us go in the right direction. TRZ did the cage and everything on the inside. Originally, we were going to have it on 275s, but then the MX235 class was kind of calling our name, so we threw 235s on it and it’s paid off.

Heads-Up Hootenanny was your first race out with the car, but you had tested with it before, right?

Yeah, we went testing at US 41 Motorplex in Morocco, Indiana, and made a 60-foot pass and it went, so we thought, “Load it up and see what it goes (at St. Louis).”

Going into the race weekend, what were your expectations?

As the weekend progressed and you entered eliminations, how did your confidence improve?

We ran the test session and went 5.18. So we decided we’d pick it up for qualifying. We got a little greedy in the first round of qualifying, spun the tires. Then it rained, then we had a 137-degree track temp for the last two sessions. We were sitting No. 10. We were facing the guy who went 4.60, and our best pass was a 5.18. Our confidence wasn’t really down, I was just glad to be out there at that point.

Our guy has us by half a second, but we’ll see what we can do. So we put a setup in it that would go A-to-B and we just hoped they’d all mess up. First round, Justin (Cyrnek) was hurt and he tried to limp through but it wasn’t any good. We went through there with a 5.18. That was pretty crazy. The second round came around and we were racing for the bye in the semis, so we leaned on it a little more and got a 5.07 out of it. Alright, we’re going in the right direction. We leaned on it again for the semis, thinking, “Well, we can’t just give it to this guy.” He spun, so then we’re in the final.

The guy we were set to face was running 4.9s, so we were close. We tried everything we could to throw it in the .90s. I was sitting on the starting line ready to pre-stage and I saw his car going down the track. He couldn’t get backed up. I was sitting in the car thinking, “So does that mean I won?” We weren’t even expecting to win a round, so to think that I won, I couldn’t even get it through my head. I went out and ran a 4.97 in the final. That would’ve put us close to what that guy had been running. 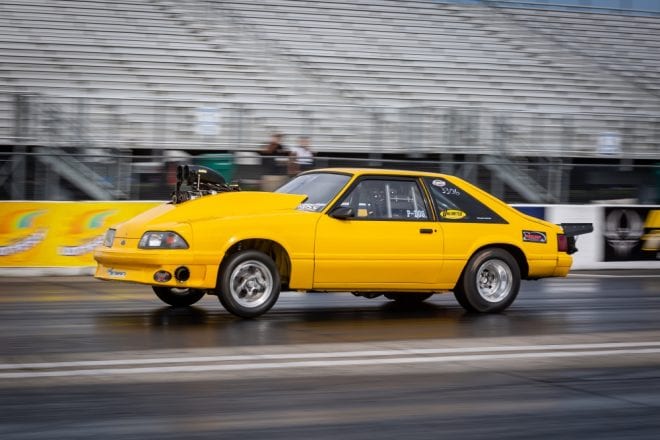 One of the big stories online was that you were skipping your high school graduation to be at the race. How long did you have to think about that decision? Or was it an instant decision?

It was an instant thing. I had some people telling me we could take some pictures Friday morning, but we decided I’m either going to do it or I’m not, so I decided to skip it. The hardest part was convincing Mom. She was just sentimental about it. I don’t really remember my middle school graduation and I don’t think I’d remember my high school graduation. But I’ll always remember this first radial win, especially with the way it all came together.

In addition to your radial car, you’ve also been having a good season with your dragster in PDRA Top Dragster. What’s going on with that?

The Top Dragster is running great. We had a runner-up at the last race in Maryland. We were in the semis and the girl I was racing went red, so I got lucky. I ran off five numbers because the low band went out. We went up for the final just trying to limp it through, but everyone knew we were way slow compared to our previous runs. We were pretty tight all weekend. They called our bluff. But it was awesome just to even get to a final in that class. I was pretty stoked.

You’re going off to basic training with the National Guard soon, right?

I’m going to run the WCF with the Jr. Dragster one more time. After that race, I’ll get back Friday night and go to drill over the weekend, which is a once-a-month thing. Then I leave the Monday after I get back from drill. But I’m looking forward to it. They pay 100-percent tuition, and I can race a lot more when my tuition is covered.

So what will your summer look like? Will that take up most of it?

Yeah, 10 weeks of basic training, then specialized AIT training to become a truck driver takes about seven weeks. But the nice thing is once I come back from that I can take the written portion of the test and I’ll have my CDL. Then I can drive race rigs if I ever need to.

I’ll definitely miss racing during the summer, but it will be worth it in the long run.

This story originally appeared in DI #134, the Interview Issue, in July of 2018.