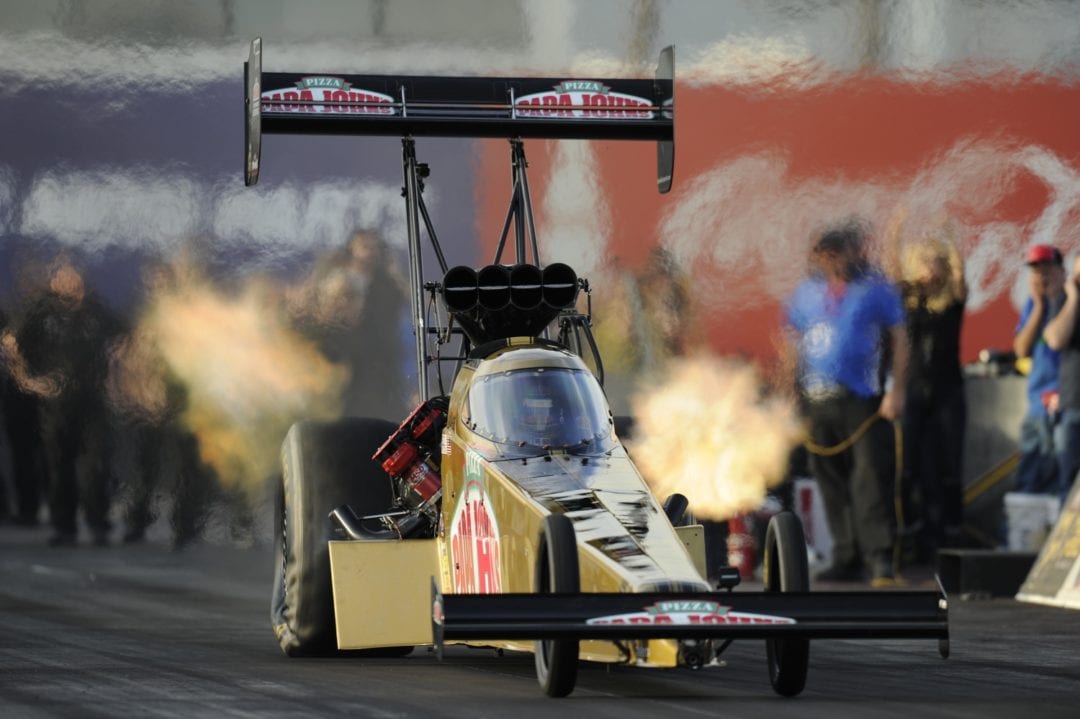 Papa John’s International, Inc. (NASDAQ: PZZA), which has more than 5,000 locations in 44 countries, has been named the Official Pizza Partner of the National Hot Rod Association, officials announced today. For more than 30 years, Papa John’s has been committed to its BETTER INGREDIENTS. BETTER PIZZA. promise. This promise refers to not only its products, but also its people and customer service. Indeed, consumers have rated Papa John’s No. 1 in customer satisfaction among all national pizza chains in the American Customer Satisfaction Index (ACSI) for 15 of the past 17 years.

This partnership builds upon Papa John’s involvement in the sport of NHRA Drag Racing, which began last season with its sponsorship of Top Fuel racer Leah Pritchett and Don Schumacher Racing (DSR). Pritchett campaigned her gold and black dragster at five races during the season beginning in Seattle. The paint scheme mirrors the famous 1971 Chevy Camaro Z28 which founder “Papa” John Schnatter sold in 1984 to keep his restaurant out of bankruptcy. Papa John’s returns to DSR for the 2017 season as the primary sponsor for Pritchett. Pritchett is off to a blazing start to the season, posting a career best 3.654 on the second day of Nitro Spring Training at Wild Horse Pass Motorsports Park on February 4th, unofficially the quickest in Top Fuel history.

As the Official Pizza Partner of NHRA, Papa John’s will have a yearlong presence on-site at all 24 NHRA Mello Yello Drag Racing Series events and on FOX Sports broadcasts.

“We are excited that Papa John’s is expanding its relationship with the NHRA, Don Schumacher Racing, and the Papa John’s Top Fuel Dragster, the ‘fastest pizza delivery vehicle’ on the planet,” said Brad Gerber, NHRA vice president and chief development officer. “NHRA Drag Racing featured tremendous growth across the board in 2016, which has created many new and exciting opportunities for the NHRA, Papa John’s, and all of our partners. We look forward to continued success and growth in 2017.”

“Papa John’s is proud to be the Official Pizza Partner of NHRA. As the only QSR brand in the sport, we look forward to connecting with fans at races throughout the country,” said “Papa” John Schnatter, Founder, Chairman and CEO of Papa John’s. “Leah and Don Schumacher Racing became members of our Pizza Family last year; this season we are officially welcoming NHRA to our Pizza Family.”