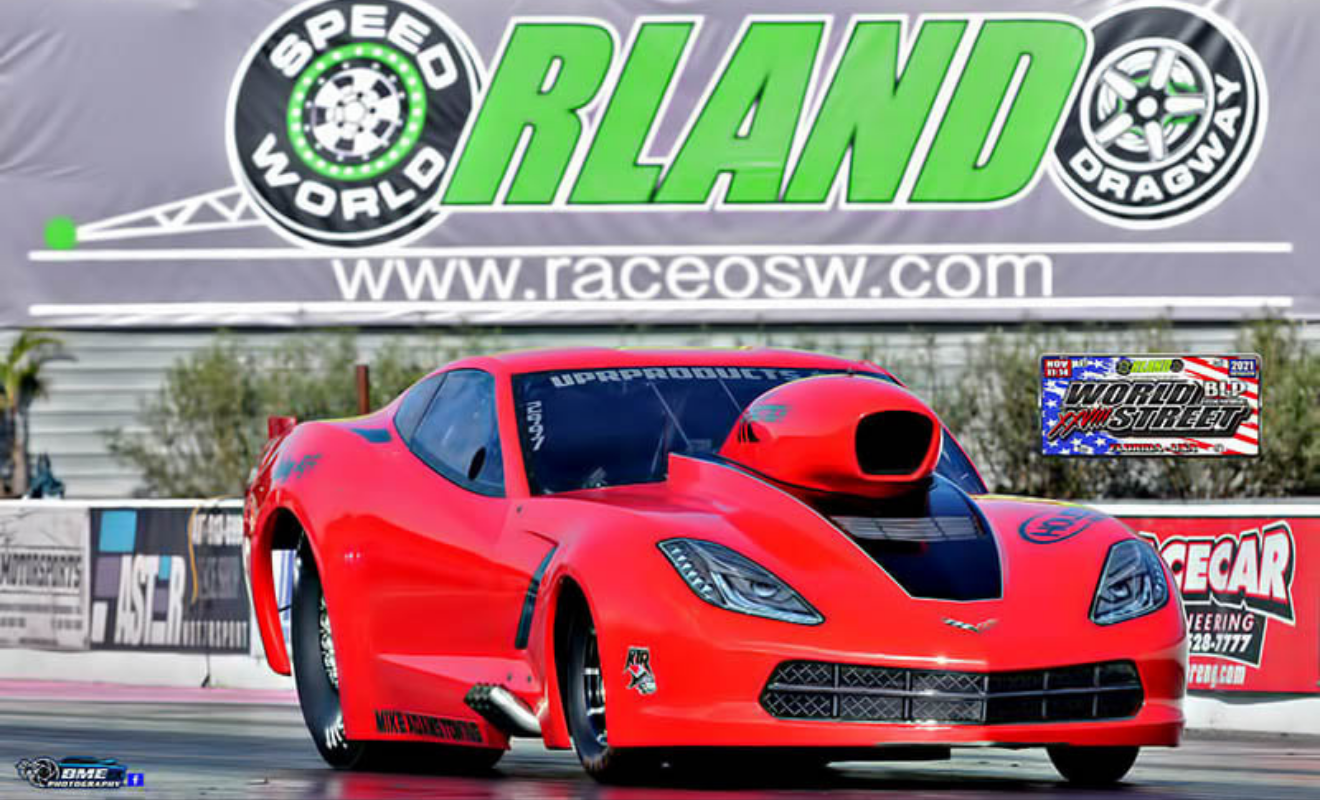 Few events have impacted doorslammer drag racing to the extent that Orlando Speed World Dragway’s World Street Nationals has. The big- and small-tire-centric shootout has drawn racers and fans from all points of the globe every year since 1993, making the fan-favorite race an event that lives up to its international billing.

Twenty-eight years after its inception, the event remains one of the strongest on drag racing’s annual calendar and without question amongst the sport’s most celebrated. The event has, however, changed over the years. Initially, it was built around quarter-mile competition amongst cars lumped into the fastest street car conversation – from the tube-chassis and/or back-halved Pro Street and Outlaw 10.5 eliminators to the stock rear suspension Drag Radial and all-metal Heavy Street divisions.

Today, the World Street Nationals marquee eliminator is Outlaw Pro Mod, contested on the eighth-mile with as close to a no-holds-barred rule set as exists in drag racing. Even as race rigs roll through the gates of the beloved Florida drag racing facility, track owner and event promoter Ozzy Moya couldn’t be happier with the participation for the 2021-running of the race he inherited when he purchased the facility in 2013.

“We’ve already got probably 160 cars on the property,” said Moya, checking in from the top end of the facility during pre-race testing on Thursday of the event. “At last count, we had 29 Pro Mods here – some of the fastest cars in the world. We also have over a dozen Pro 275 cars already here and more on the way. I think it’s going to be a great weekend.”

Asked to reflect on the World Street National’s historical significance Moya said, “the creators of this race were visionaries. It’s cool to see what it’s become, and I’m glad to have had the opportunity to keep it alive and kind of reinvent it over the years.”

He continued, “if you think about everything that came from this race, all the events that kind of spun off from it, it’s hard to argue the impact. Look at where drag radial racing has come? It’s one of the biggest draws in our sport, one of the most popular styles of racing, and that all stems from right here in Orlando.”

Marcus Birt, an accomplished outlaw racer and driver of one of the country’s most feared nitrous doorslammers, can’t help but agree.

“The first thing I do when I get here is go buy a tag – one of those license plates,” said Birt, referring to the World Street Nationals famous license plate souvenir that has become something of a status symbol in drag racing – especially when affixed to the front end of a race car. “I think I’ve got them going all the way back to 1995.

“I remember coming out here back in the day when we’d all go to Race Rock – the restaurant on International Drive – and we’d talk trash and hang out,” he said. “Then we’d all be back at the track the next day racing one another. It’s probably one of the coolest races in the country. It’s a good time, but it’s also good competition. You’ll see guys out here and cars show up that you don’t see much; you’ll have guys from other series come out – it’s a bad ass deal.”

“The pits are filling up,” continued Moya. “I think we’ll see 300 cars and, man, it’s hard to feel anything other than fortunate – just blessed to get the support that we do. We really appreciate it. The phones are ringing; we’re seeing a lot of movement on social media. Feels like we’re going to have a good weekend.”

Anticipating what’s in store as far as on-track action is concerned, it’s difficult to imagine a scenario where world records aren’t produced.

Posed with the question of whether or not his team, led by nitrous and doorslammer racing standouts “Stevie Fast” Jackson and Jeffrey Barker – both of which are currently best known for their participation in the E3 Spark Plugs NHRA Pro Mod Drag Racing Series presented by J&A Service – would be capable of producing those numbers, Birt seemed confident.

“We lost a day of testing to rain this week, so that’s got us a little bit behind, but within a couple runs, honestly, I think Stevie and the guys will have us right in the mix. We’re focused on establishing a baseline right now, but Stevie, Jeffrey, Craig, Eddie – they’ll have me a car that can win real quick.”

Most recently, Birt has done a bulk of his drag racing on radial tires. This weekend will see him make a return to big tire competition, and he’s happy about it.

“I really like being back on the big tires,” he concluded. “It’s just a whole different deal and it’s good to have all these cars here – almost 30 – running for the money. Weather is looking good this weekend, so I do believe we’re about to have a helluva drag race.”