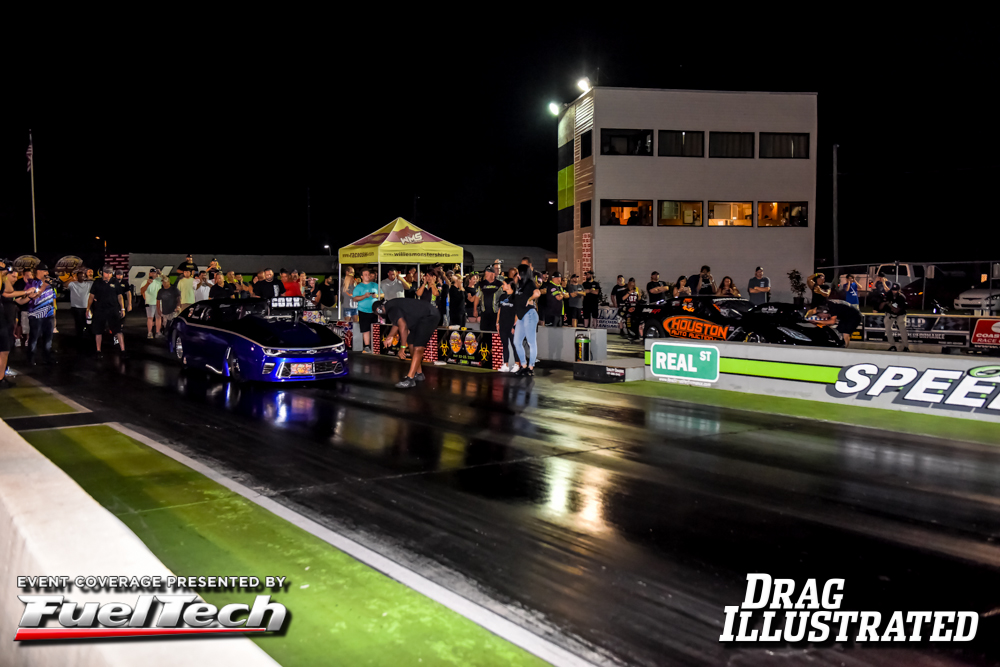 When Ozzy Moya bought Orlando Speed World Dragway almost a decade ago, there was immediately one race he knew deserved to be revived.

The World Street Nationals helped start the outlaw Pro Mod craze and Moya wanted to ensure that history lived on with a race that continued to carry a big spotlight and maintain a special place in the doorslammer world.

That mission has been accomplished and Moya and OSW will celebrate 27 years of the race with this year’s World Street Nationals, which takes place Nov. 13-15 in Orlando.

“When I purchased Orlando Speed World Dragway, I was a fan of this race, I had been part of it and it was important to bring it back,” Moya said. “We wanted to bring back that heritage, keep  outlaw Pro Mod alive, and we absolutely wanted to make it a big event.

“I think the creators of this race were visionaries. It’s cool what it’s been able to become and we were glad to be able to revive it.”

The race has continued to evolve, serving as the finale for the year in the Pro Mod and drag radial ranks. The event has a loaded lineup, with $20,000 going to the winners in Pro Mod and Radial vs. the World, plus $10,000 to the winners in Pro 275 and Outlaw 10.5. Add in Outlaw 632, Extreme Street, Heavy Street and Top Sportsman, and it’s an ultimate doorslammer paradise to close out the 2020 racing season.

It’s continued to get bigger and better in recent years, and it’s turned into precisely what Moya had envisioned.

“This race was way ahead of its time when it started. Everything that’s happening now came from this race,” Moya said. “Now we’ve got a nice wave that just keeps building with this race. We started here nine years ago, and it keeps getting better and better.”

Last year’s race was a thriller, with Melanie Salemi winning in RvW, Tommy Youmans taking the victory in Pro 275 and Randy Weatherford claiming the win in Pro Mod.

But the 2020 version of the World Street Nationals will be especially special considering the year everyone has had.

The COVID-19 pandemic has produced an unprecedented set of challenges and that includes track owners like Ozzy and Maria Moya as well. Their team, which includes GM Jeff Miles and track prep specialist Sydney Marshall, have worked to roll with the punches, enjoying a strong summer and are prepping for a big finish.

That includes a big World Street Nationals, where Moya envisions a big crowd and an impressive driver turnout.

“We were blessed to get people at the World Doorslammer Nationals (in March), and now hopefully we can bring them all back,” Moya said. “Hopefully we can begin and end the year with a bang. A lot has happened, but we have a good team. It’s cool to put on a race like this.

“For me, at events like this I get to be the biggest fan and have front-row seats. It’s unbelievable. It’s like a party and I get to invite all these people. It’s a dream come true and I still pinch myself.” 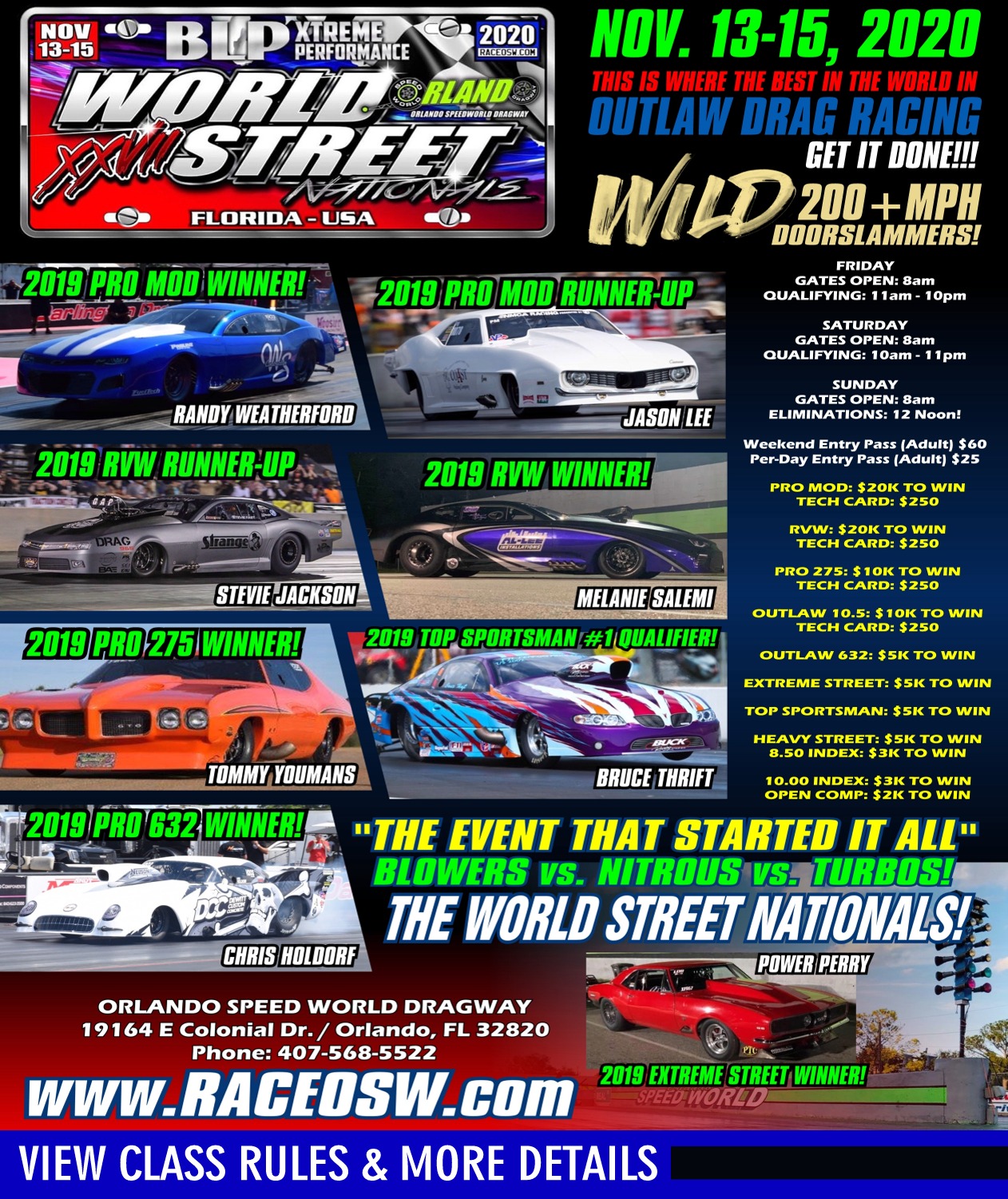