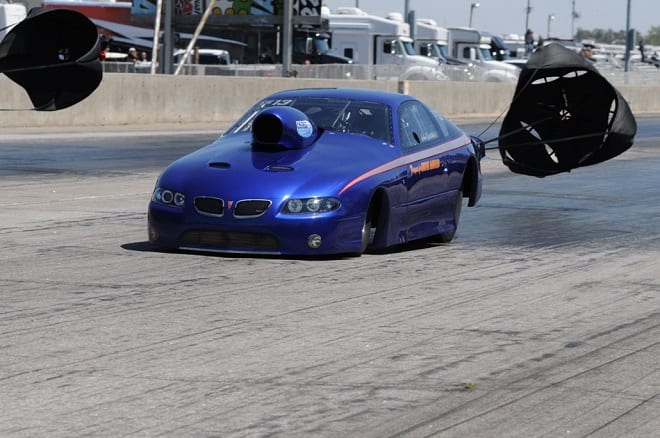 Because of last weekend’s PDRA event in Rockingham, the “Original Big Dog” Shootout will make its debut on Thursday, April 14th. The highly anticipated new rules are sure to produce many surprises, as well as new winners of the porcelain bull dog, a trophy coveted by drivers for the last 20 seasons.

Familiar drivers, such as 2015 Renegade points champ Brett Nesbitt, will have strong competition from the familiar faces of John Lassiter, Tim Lawrence, Jamie Chappell, newcomer Andy Street, Larry Pearce, and youngster Cam Clark. All these competitors will be looking to set new records and establish their own piece of history at the historic track, known as “The Doorslammer Capital of the World”, Piedmont Dragway.