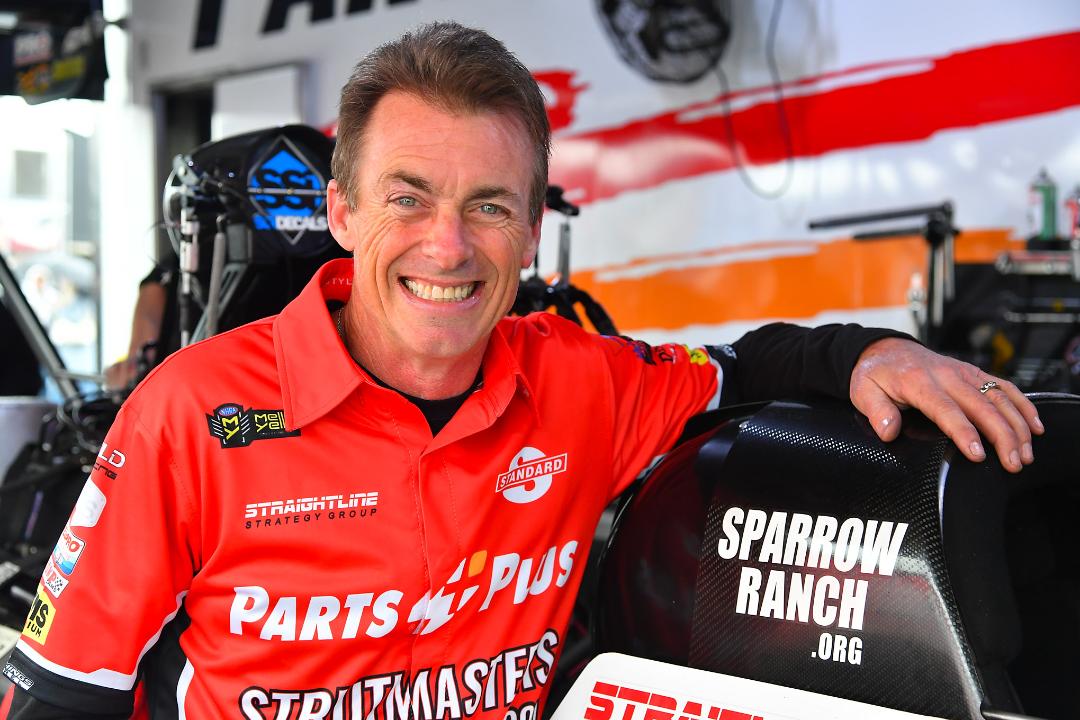 After an off-season with changes in ownership, leadership, and crew personnel, Clay Millican now feels a stronger sense of optimism as he enters the Parts Plus/Strutmasters.com Top Fuel Dragster at the this weekends 50th Annual Amalie Oil Gatornationals at Gainesville Raceway.

“We have accomplished our goals at the first two events with virtually no parts breakage while finalizing a tune up which looks to be very competitive” says Millican. “The team is really starting to jell with some experienced guys taking a strong leadership role.”

Straightline Strategy Group (SSG) understands that walking before you run is the best course of action in the marathon that is the NHRA Mello Yello Drag Racing Series.

“We are a conservative company by nature with well thought out plans and have set reasonable goals and expectations” mentioned Scott Gardner, SSG partner. “We do plan on winning races, but not at an unacceptable cost of faith, family and funds.” 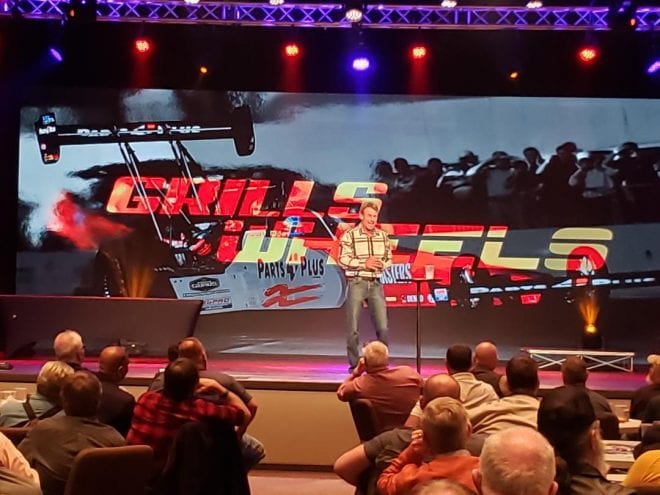 There is no doubt some outside pressure is on the team to perform after winning three NHRA events the past two seasons and finishing third in 2018, and then making what some would say was a questionable call in changing crew chiefs for 2019. Even though the new ownership group hadn’t announced the return of Mike Kloeber as Crew Chief until November, that plan wasn’t made hastily as the 2019 development model was in place in September.

“Mike has the leadership, knowledge and business understanding that fits our operational model and the short term learning curve we are experiencing is worth the peace of mind that comes from those attributes” Gardner concluded.

Kloeber admits that the transition has been a challenge, but with the positivity surrounding the Gatornationals he believes the team will prevail.

“The atmosphere of this team is very family like and Clay and I are getting back in our groove from the Werner days and that feels great,” says Kloeber. “While the process of getting a handle on tuning the quickest Dragster is taking longer than I had hoped it would, we are gaining ground quickly. The growth curve of the crew is beyond expectations and I’m excited to see these guys show everyone what their capabilities are. While it’s true you can’t win the championship in the first couple of races I am looking forward to winning rounds in Gainesville.”

With several days off from race events, Millican ealso njoyed being the keynote speaker at Pathway’s Church (Sevierville, TN) “Grills and Wheels” event while also working on sponsor opportunities. For those who know Clay understand he has a real zeal for life but is always ready in his words to “stomp the loud pedal.”