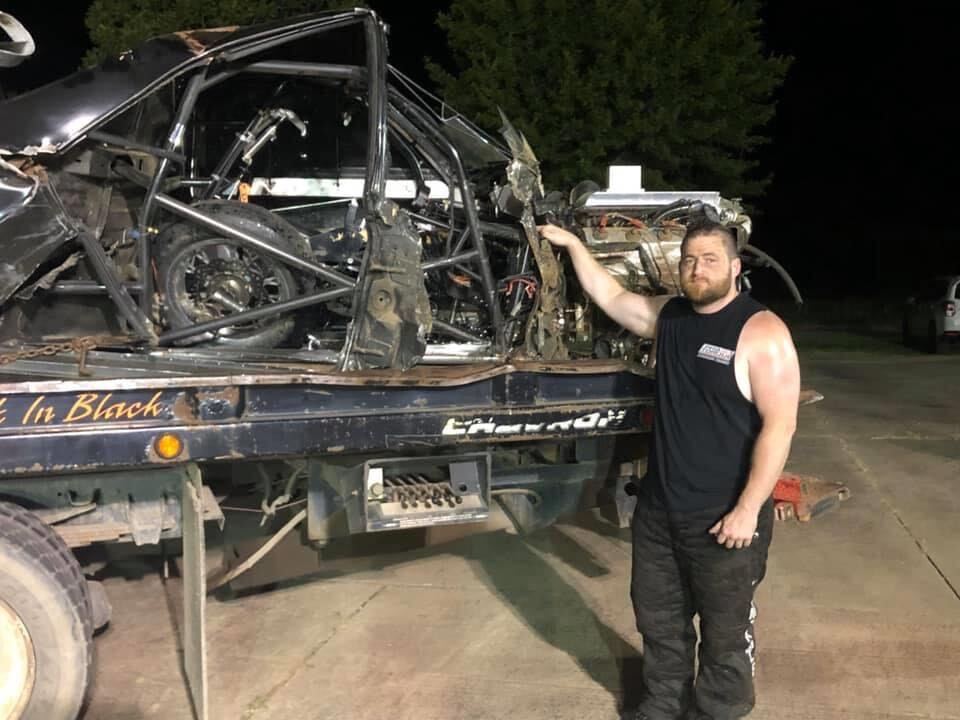 Love them or hate them, the cast of characters from the Street Outlaws franchise has solidified its place atop the street racing food chain. Over the last six weeks or so, we have a seen a slew of incredible wrecks on the street that have left us completely speechless. While most of the footage of the incidents has remained private and will be released when Discovery airs the respective episodes, some photos and videos have surfaced on social media. If you’ve seen any of the crashes or just stumbled upon pictures of the aftermath, the severity of these wrecks is nothing to take lightly. Hundreds of thousands, if not over a million dollars in race cars have been destroyed in seconds, some injuries have been serious, but thankfully, all of our racers are still with us. Race cars can be replaced, but drivers, fathers, husbands, brothers, or sons cannot.

In recent weeks we have seen incredibly scary wrecks from James “Birdman” Finney, Stan Allen, “Kamikaze Chris” Day (pictured above), and Dewayne Mills. All of these incidents ended in equally terrifying carnage, but thankfully each driver is still upright and with us. Birdman’s injuries sustained in his crash have been the most severe, but as of this writing, he is back in a car and racing again.

Before we dive into this topic, understand that we are simply offering a commentary on what we are watching unfold in real time. Some of the most iconic street-raced and no-prep cars in the country simply don’t exist anymore, and we’re left sitting here wondering if the ends justify the means. Is the need to be on television worth putting your life and the lives of others in this kind of danger? Is a little time on television worth risking your entire race program? Sure, there is risk anytime you strap into a race car, even if it’s a basic street car that you hit test and tune with on Friday night at your local racetrack. But does the desire for fame and television exposure push people past the point of making smart decisions behind the wheel?

Racing is inherently dangerous, and we aren’t naïve enough to think that anyone who straps into a car doesn’t understand the risks and consequences. But why are so many racers waiting in line to essentially put their lives, family, and/or hard-earned money at risk when there is truly very little to gain, and there are exponentially safer forms of racing readily available?

Before you grab your torches and pitchforks, understand that this author wholeheartedly believes people have the ability and right to do whatever they want with their money and race programs. If you want to go street race, go street race. This editorial simply stands as a reminder to those racers willing to risk it all, that what you see on television is not always what you think it is. Whatever your preconception of Street Outlaws is, the sheer fact of the matter is these are cars capable of making north of 5,000-horsepower in many cases, racing on real streets. Yes, the roads are permitted, there are safety crews on site, and on film nights it looks less like a street and more like the set of Michael Bay film. But when the flashlight comes on or the arms drop, every bit of the racing you see on television is 100-percent real, and anyone who has been to a filming night can attest to that.

Let’s assume for a second that you have a 10.5 Outlaw car or a radial car that will fit a big enough tire under it, and it makes enough power to potentially compete. Realistically, at that point you’re talking about a car in the $150,000-$250,000 price range, and that is on the low side of the cars capable of being competitive when you look at the total investment. If you find yourself with the opportunity to actually race on TV against the guy you’ve been dreaming about lining up against or running your mouth about on the internet, the chances are very good that there’s close to $400,000 sitting in the other lane. 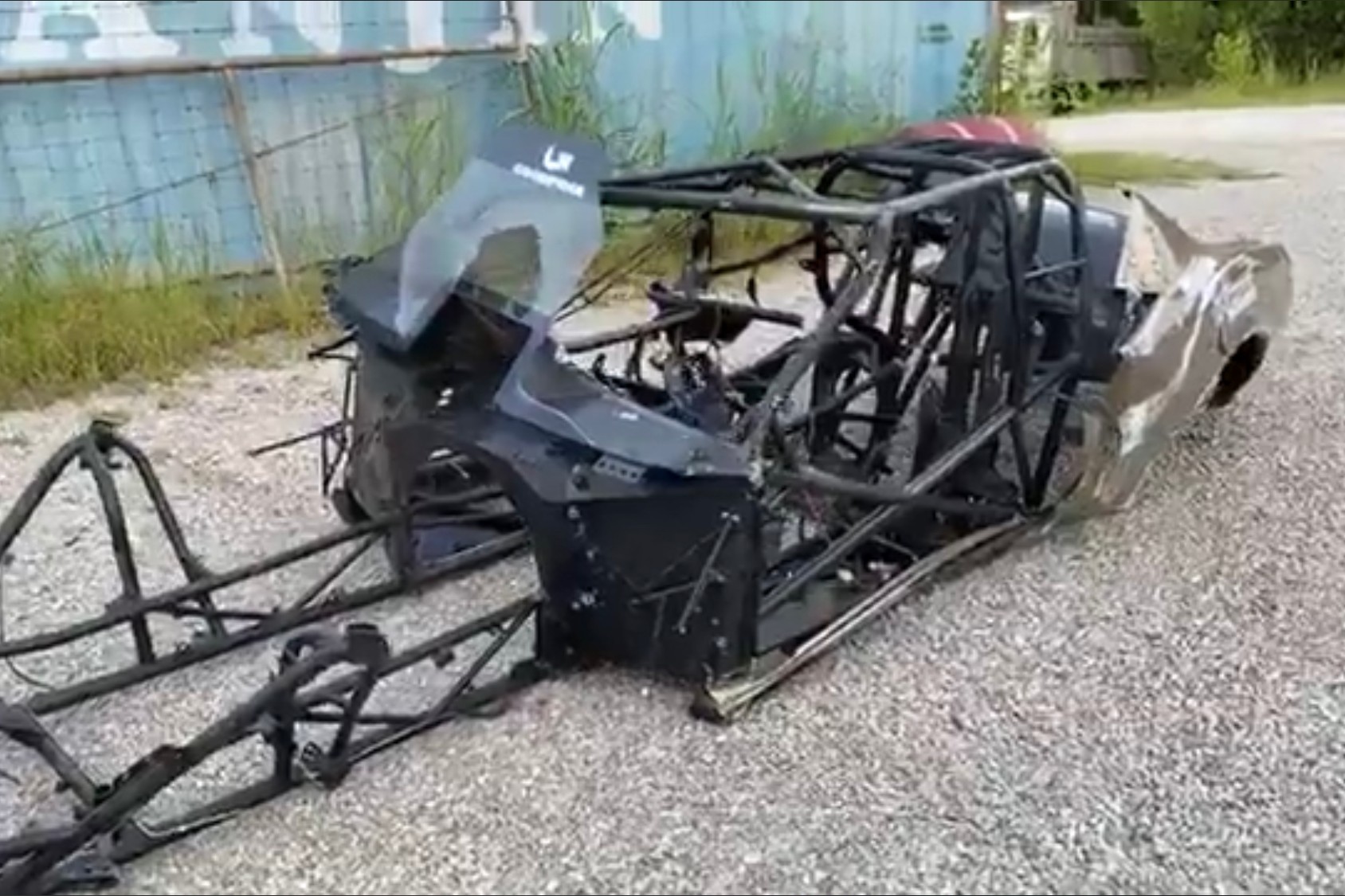 Now let’s put money aside for a minute. There’s a higher probability that the guy in the other lane primarily races on the street. You’re lining up against someone with hundreds, if not thousands of passes down all different kinds of roads. Someone with mountains of data to pull from. Someone who knows exactly how much they can put down on a REAL street (these guys make it look so easy because they’ve done it thousands and thousands of times, and in most cases, you’re only seeing a polished, highly edited version that is made for TV). We’re talking about people who STREET RACE for a living. You may very well have the same equipment. You could have better equipment! You could have more data and seat time than the other driver, but you’ve only raced on tracks. The ultra-competitive nature of race cars drivers can push us to unbelievable forms of stupidity (and no, I’m not calling race car drivers stupid, although we are), but is what a racer stands to gain worth putting so much at risk? Ultimately, this is up to each individual to figure out for themselves, but it is important to have a realistic understanding of what that risk actually entails.

Over the years, Drag Illustrated has built relationships with just about everyone involved in the topic at hand. There are aspects we have been vocal about and things we have kept quiet on. When it comes down to it, we are watching our friends and their equipment rocket down the street. Racers like Birdman, Stan Allen, Kamikaze Chris, and Dewayne Mills have worked harder than most to accomplish what they have, and this story should not be confused for an attack on them. They are only on this side of the conversation due to unfortunate circumstances. We feel they simply ended up in a bad situation that realistically, every single racer potentially faces each time they strap a helmet on. For the aforementioned individuals, they now have physical, emotional, and massive financial hurdles to overcome as they begin to rebuild. Our hope at the end of the day is that other racers, regardless of the level of competition or what surface you race on, take a real look at the events over the last few weeks and truly understand the potential consequences.

Let’s face it, there’s a lot of the line. When it comes to the types of race cars we are talking about, you have to be doing pretty well in life to afford to compete at these levels. Either you do something important and get paid accordingly, own a business, etc. The point is, you probably understand sacrifice and have made smart moves along the road of life to get where you are. Let’s be honest, it takes a small fortune to competitively race at a high-level no matter what form of racing we’re talking about. Would you put everything you’ve worked tirelessly to build and achieve on the line for nothing more than to see yourself on television?

Accidents happen at every level and can be caused by any number of things. To the best of our knowledge at this point, none of the crashes have been the result of a mechanical failure or something like fluid on the race surface. This means the cars got out of control past the point of recovery. That being said, we are talking about some of the most talented and skilled drivers in all of drag racing. But when you combine massive amounts of power, sketchy REAL streets, incredibly big egos, and an insatiable desire to win, this can often-times distort one’s decision making process behind the wheel. Now we aren’t necessarily saying that’s what happened in any of these situations specifically, but it’s easy to see how it could be, given the situation.

The sheer reality is that this author has never been remotely as quick or fast as any of the cars and drivers we are talking about. It is very easy to sit behind a computer and offer third-party commentary on what has transpired, but that is truly not the point of this editorial. We are simply reporting our opinion on what is unfolding. The hard question that many racers trying to chase fame need to ask themselves is, is the juice worth the squeeze? We wholeheartedly understand the alure of racing on television for massive amounts of cash—after all, every racer should be celebrated. But at what point does that cloud a person’s ability to make smart decisions like when to lift in a bad situation?

Fame and some time on television is cool. The experience is something awesome that most people will never get the chance to be a part of. But if you’re the type of racer or person chasing the fame that will do anything to be on TV, you probably need to sit back and reevaluate a few things.