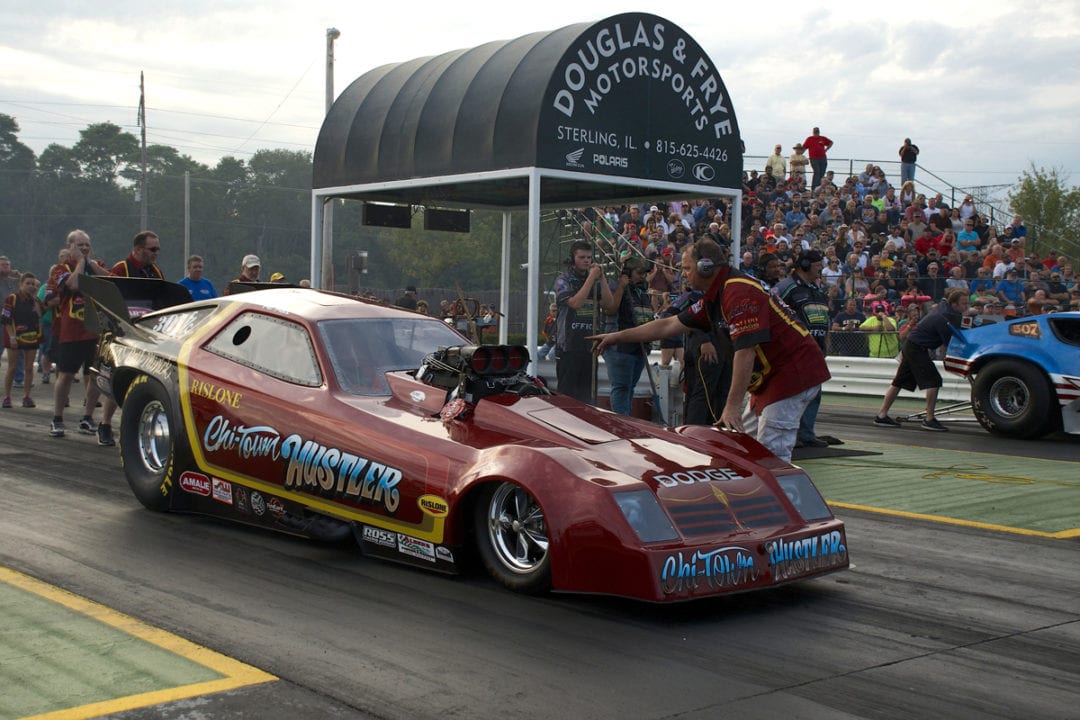 Cordova, Illinois, is among the tiniest towns you’ll ever visit. It’s a quaint little community neatly tucked away in Rock Island County on the Mississippi River. Cordova is home to roughly 651 residents, only measuring about 0.6 square miles, and it would appear that Cordova International Raceway accounts for a fairly sizable chunk of the entire town’s land mass! For certain, this northwest Illinois village is a minuscule speck on the map, but remarkably, the IHRA-sanctioned, quarter-mile facility that’s located here famously hosts the World Series of Drag Racing, which just happens to be the oldest continuously run event in drag racing history, even predating the prestigious NHRA U.S. Nationals at Indy by one year!

I first visited Cordova back in 2012 for the 59th running of the World Series, and honestly, the event blew me away, and it’s only gotten bigger and better since then. But before I dive into the particulars of what this amazing event has to offer, here’s a little history on the early days. The very first World Series of Drag Racing was held in 1954 on an airstrip in Lawrenceville, Illinois. Shortly after the first event was in the books, ground was broken on a brand-new dragstrip in Cordova. The event was held just once more in Lawrenceville before it was moved to the newly constructed Cordova International Raceway in 1956. The event has been held at Cordova every single year since, with the lone exception of the 63rd running last year, which was contested in Memphis with lackluster results. “We’re thrilled to have the World Series back where it belongs at Cordova,” says Dominic Blasco, president and general manager of Cordova International Raceway.

Although Blasco grew up in this area, he only started managing the track in late April. He’s been around the drag racing block at least twice and is enjoying a storied career of track ownership in various states including Wisconsin and Missouri. He also launched the Midwest Gasser Association. His first experience with the World Series was about 11 years ago, and his reaction was fairly similar to everyone else’s. “I couldn’t believe it. It was like going to a national event at your home track!” he reflects.

Among the most memorable milestones that has ever taken place at the World Series was when “Big Daddy” Don Garlits match-raced Shirley Muldowney at the 50th running of this event. The following week, Garlits went to the U.S. Nationals at Indy, where he officially retired from Top Fuel competition. “Garlits would have been here this weekend, but he had an engagement out of the country. He did tell me that he’ll be here next year for the 65th annual event,” says Blasco, who plans to induct Garlits and other notable figures into the World Series of Drag Racing Hall of Fame, something Blasco plans to organize for all future World Series events.

IHRA president Mike Dunn, as well as famous Hawaiian Roland Leong, served as grand marshals for the most recent running. Dunn, who’s skilled in commentating, recounted his best memories from past World Series events over the public address alongside Leong. Amazingly, Dunn’s first World Series experience was in 1977, when he came here as a crewman – and later driver –  for none other than Leong. It was Dunn’s first paying gig after working for his father, Jim Dunn, throughout his youth. “But then Roland fired me in 1984!” Dunn joked to the crowd. But hey, seven years was an accomplishment considering how many drivers Leong riffled through back then. “Roland used to tell me that drivers were like spark plugs; you screw them in and burn them out!” laughed Dunn. Later, as Leong and Dunn stood together on the starting line moments before the national anthem was sung, I couldn’t resist the opportunity to get Leong fired up. I strolled over and whispered, “Hey Roland, if you had it to do over, would you have fired Mike sooner?” He laughed out loud – as did Mike – which was the reaction I was definitely hoping for. “Probably not,” Leong quipped, “even though he blew up all my stuff!”

Right on cue, the singer began to bellow America’s beloved theme song as our hands fell into position across our hearts. Life was good. So, what makes the World Series so cool, other than reliving drag racing folklore from the interesting and entertaining people who made it happen? Dunn certainly believes he can pinpoint the magic. “Look at any successful race and you’ll discover that they managed to turn it into an event, other than just merely a race. The World Series is a perfect example,” he says.

Obviously, you’ve got to book attractions that incite excitement, and this latest roster was completely on fire. Fans enjoyed Top Fuel dragsters, nitro Funny Cars, nostalgia Funny Cars, nostalgia Pro Stocks, Chicagoland Super Stocks, nostalgia Gassers, jet dragsters, fuel altereds, Victory Nostalgia Super Stocks, Richard Hutchens’s Chevy Rebellion wheelstander, and brand-new to the line-up this year thanks to Dom Blasco…Pro Mods! The World Series is legendary for delivering the goods year after year, but the most recent running was simply over the top. “It’s going to be even bigger and better next year for the 65th running,” Blasco assured me.

That’s a tall order I realize, but hey, I don’t know what else is going to put the tiny town of Cordova, Illinois, on the map except the once-a-year gathering that’s been packing the grandstands for more than six decades!