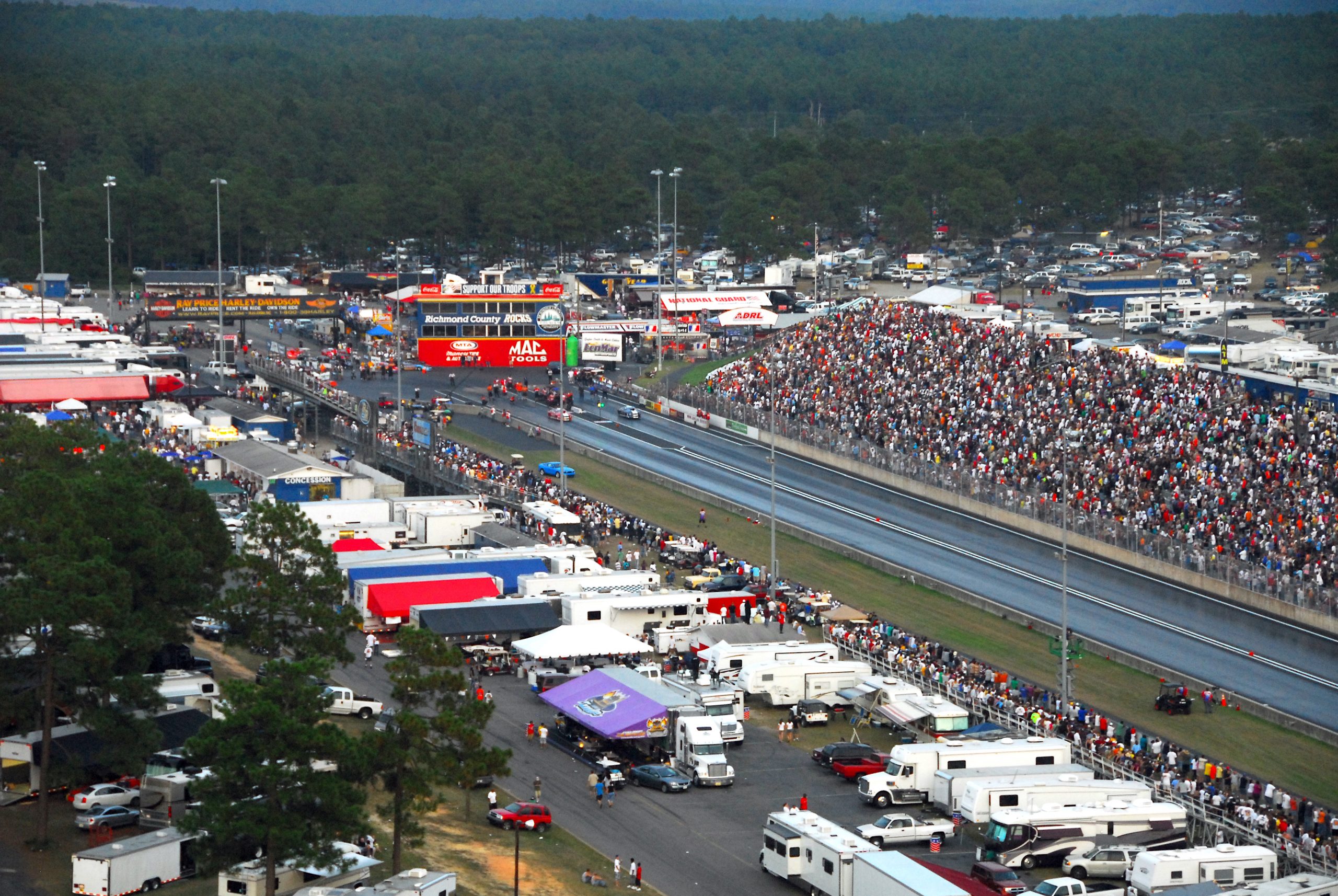 Last month in the middle of July I decided to spend the weekend at Rockingham Dragway, located in the southern region of my native North Carolina. While there, I found myself having a light-hearted chat with track owner Steve Earwood, whom I’ve interviewed many times for racing stories over the years. These days, the dialog sessions I have with Steve are just as much personal reflections of days gone by, as our talks have grown candid in recent years.

On this particular weekend, which ironically, I was celebrating my 49th birthday, I was explaining to Steve that I felt certain I could retire in peace someday if I were able to visit 200 different dragstrips, pointing out that I’ve stepped foot on 157 to date. “Oh, I bet you’ll retire in peace regardless,” Steve chuckles.

[Editor’s Note: This column originally appeared in DI #170, the Sportsman Issue, in August of 2021.]

If the natural progression of life continues as it should, Earwood will be retiring much sooner than me. Amazingly, at 73 years of age he will have been making his living from motorsports in some capacity for 50 years in 2022, which is, of course, exactly how old I will be next year.

Earwood’s retirement is squarely in sight, as news broke last year that he has signed papers and taken a substantial deposit from a pair of investors, who by all accounts will be the next owners of this iconic dragstrip. “The new owners are set to take over on October 31, 2022,” says Earwood, who will continue day-to-day operations at the track until then.

When it comes to the aforementioned list of 157 tracks I’ve visited, Rockingham comes in at number 4, so we’ve had a lengthy history, with my earliest memory being from 1990. It was at Rockingham 31 years ago that I first witnessed a door car crack the magical 200 mph barrier in the quarter mile. I was near the finish line, standing on someone’s gooseneck trailer snapping pictures with a 35mm film camera. I even wrote about the experience in a little newspaper column I penned for a sports paper in my hometown of Lenoir. I was 18 years old then. Earwood entered the picture two years later in 1992, when he bought the fabled dragstrip.

If there’s one thing I can always count on from Steve, it’s his eternally positive outlook that’s always half full, never half empty. I’m reminded of the time I dropped by to visit with Steve early in the 2010 season, back when the effects of the housing market crash and ensuing financial crisis were both still casting a dark cloud over most of the country, although Steve’s worldview is always brighter as I’ve come to realize. “We’re doing just fine here at Rockingham, I wouldn’t even know there was a problem if I didn’t turn on CNN!” he told me during that interview. These days, he only glances at the mainstream news to make sure America isn’t at war with anybody, after which, he goes back to tending to his business.

Earwood has seen some monumental moments unfold during his near three-decade tenure at Rockingham. His knowledge of the track goes far beyond the years that he’s been at the helm. Interestingly enough, Rockingham held its first race in 1970 as an AHRA facility, before ultimately hosting national events from IHRA as well as the NHRA Winston Invitational during the 1990s. On the sportsman front, Earwood was among the first in the area to offer a free-entry bracket race to kick off the new season, and he once had 700 cars show up for the occasion.

It’s not often that this veteran of motorsports ever found himself woefully unprepared, although he does speak of his first ADRL Dragstock event with a certain gleam in his eyes and astonishment still in his voice. “Kenny Nowling rolls in here and tells me he wants to give away free tickets to the event…that’s where that whole thing started was Rockingham,” recalls Earwood. “I told him I thought he was crazy, but let’s do it…and boy, we did it!

“We have a staff meeting every Tuesday at 10:00 a.m. and I remember telling the staff that we’d probably have 2,000 to 2,400 people this weekend,” Earwood continues. “I think at 27,000 was when we closed the gate! It was a massive, massive crowd…we had people standing on top of buildings! You had to wait in line an hour to get a Coke! I’ve never prayed so hard in my life.”

Of course, I wanted details. “What was the prayer?” I eagerly inquire. “Safety and to get it over with,” he replies. Earwood spoke of the downtime in the latter rounds, and how it could have presented a big problem with no filler between rounds to keep the crowd from getting restless. “It’s not that we had few security, we had no security!” he recalls. “Would you believe those people sat there as if they were in church, because if you got up you lost your seat. The crowd was as calm as they could be! I’m not sure we’ll ever see anything like ADRL again,” he says.

The essence of the ADRL series at its peak has never been captured any better than when fearless photographer Gary Rowe climbed a military communication tower, which is located on the property of Rockingham Dragway, and snapped the photo that appears in this month’s column. The race was temporarily brought to a halt over this stunt, as officials feared they may have had a jumper on their hands. Rowe was reprimanded by a long list of people, including Earwood, although he still wanted a copy of the photo to hang in his office!

And so it goes, Steve’s retirement date is marching forward and soon the curtain will close an epic 30-year chapter of owning Rockingham Dragway. “I’ve bought some property in the north Georgia mountains, and I want to build a house that faces the west on top of that mountain,” he tells me.

Earwood assures me he will miss nothing in his retirement, because he’s not the “miss it” type. He merely begins a new chapter and embraces it to the fullest. “I try to stay real level – I don’t get down that much and I don’t get up that much – I’m thankful to God for every day and live in that moment,” Earwood says. “We waste so many todays with regrets from yesterday and let our anxieties ruin our tomorrows, while meanwhile today is happening.”

With every interview, every candid conversation, every time I’ve been in the man’s presence, I usually leave the room feeling smarter than when I entered. Steve always made time for an interview and gave me exactly what I needed for a story, along with some profound truths to ponder on my ride home. That’s what I’ll miss most when Steve’s retirement finally arrives and his next chapter begins. Those interviews over the years have provided so much more knowledge than was needed for the task at hand, and for that I’ll be forever grateful.