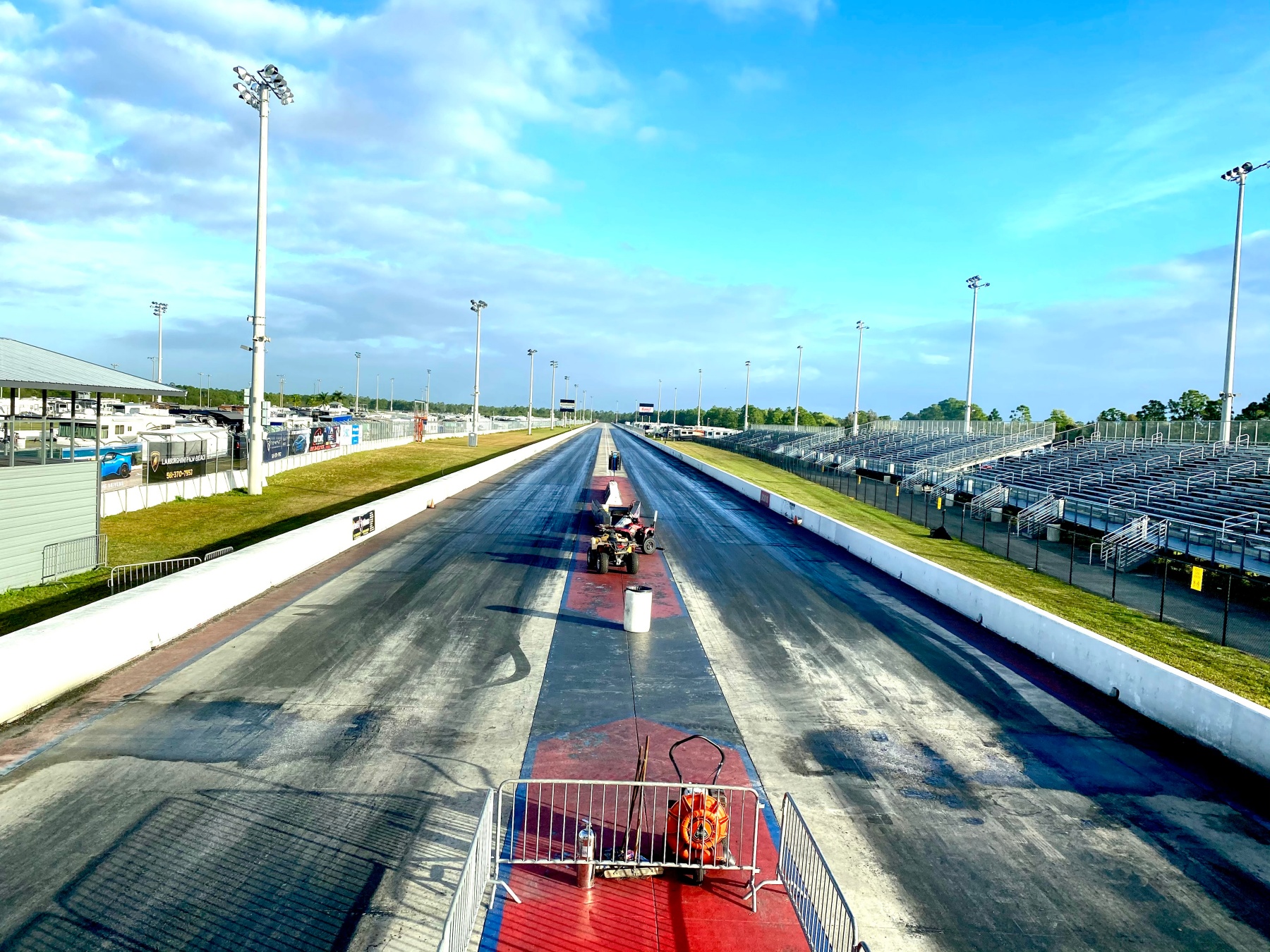 Life is filled with so many first experiences and the truly notable ones are seemingly ingrained in our memory banks forever. Most people can instantly recall their first job, automobile or kiss without too much difficulty.

Oh sure, my list of “firsts” contains all the normal life experiences, along with the oddball inclusion of “the first time I ate alligator!” What’s truly worth remembering is that I wasn’t dining in some exotic restaurant, but rather, I was at a dragstrip of all places. I distinctly recall standing in the concessions line at Palm Beach International Raceway, when suddenly “gator on a stick” leaped off the menu board at me! When it was my turn to order, there was no way I was passing up the opportunity.

This was approximately a decade ago, and to this day I can’t visit Palm Beach Raceway without instantly recalling that flavorful experience. As far as alligator encounters go, I honestly can’t remember even seeing one in the wild until I visited this Florida racing complex, nestled in the town of Jupiter. Dragstrip staff generally discourages racers from feeding or attempting to make friends with the toothy natives because they don’t want them to be trained to think there’s gonna be a meal served every time a race is going on.

Oh sure, there’s a couple infamous gators that live in the canal that borders the property and have become lovable fixtures at the facility. On non-race days, there’s still a great deal of work to be done, and the maintenance staff make sure the resident reptiles – namely “Princess,” a 9-foot gator who has only three legs and is rumored to be blind in one eye – receive a square meal. “Princess is a wreck…she’s real, real ugly and kinda reminds you of the crocodile on Peter Pan,” explains Tyler West, dragstrip manager.

A number of staff members have developed a kinship with Princess over the years, and with the clap of their hands, Princess will emerge from the murky waters to receive a treat of hot dogs, hamburgers or even marshmallows when she’s on her best behavior. “Last time I saw Princess, she was chomping on a dead pig that was floating in the canal,” West recalls.

An even larger example of their resident gators is a whopper that answers to the name “Nitro” and lives behind the Sunoco gas pumps. “On Wednesday I had a call come across my radio that someone was feeding Nitro and he was about to hop out of the canal!” West says.

This is a problem on several levels, not the least of which is Nitro’s habit of blocking people in and impeding travel. Such was the case recently when the Street Outlaws production team was getting their gear set up and Nitro decided to breach the boundary of the canal and block the road!

“There’s a lot of goofy stuff down here that we routinely have to deal with that other tracks don’t, such as fire ants and also lizards of every variety. Every time we’re experiencing a photocell problem, the first thing I suspect is a lizard! I’m not even sure humans are supposed to be here, and if not for air conditioning this place would be uninhabitable!” laughs West.

Regardless, though, you may retreat to this locale in the depths of winter and experience paradise. And since people love to race, no less than 610 entries poured through the gate to enter the 6th annual New Year Nationals! The weather was picture perfect. I’m talking mid-80s and blue skies on December 31 through January 2, 2021.

Amazingly, Palm Beach begins their Summit Super Series bracket program in January, when many other tracks around the country are still under a blanket of snow. “Our peak season is everybody else’s offseason!” West says.

From the onset of their bracket season, they try to pack as many races in as possible before it gets brutally hot. There are several marquee events that take place here, namely the Citrus Nationals, which will celebrate its 40th running this year. “The PRO Winter Warm-Up will also return to Palm Beach in 2021,” says West.

And while it may be a bit toasty down here in August, if you’re looking for some racing action served with a side of fried gator meat, nobody delivers the goods quite like Florida in the heart of winter.