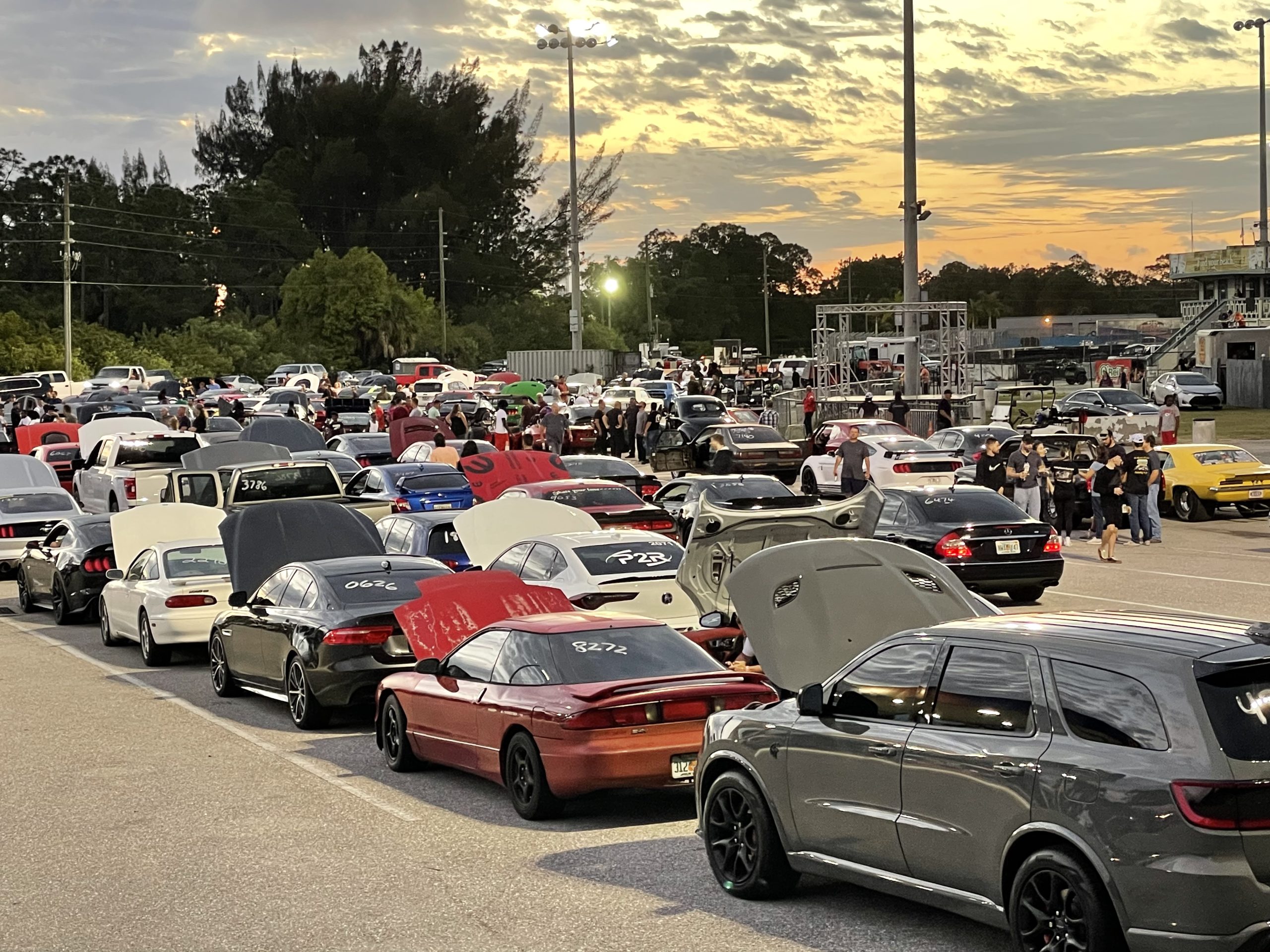 South Florida’s Palm Beach International Raceway (formerly Moroso Motorsports Park) is one of the handful of tracks expected to close at the hand of industrial property developers in the near future. But a group of local racers and racing enthusiasts, led by 25-year-old Madelyn Marconi, aren’t going to let the track slip away without a fight.

Marconi has been spearheading a recent effort to help save PBIR by raising awareness and making local government officials aware of the negative impact the track’s closure would have on the community.

“I understand the way local government works and have become very familiar with it in the past 10 years,” said Marconi. “I have taken the lead on navigating the steps to attend the public hearings, help everyone who wants to speak or submit public comments, and have reiterated the importance of residents coming together – in a polite, organized manner – to voice their concerns over a real community issue such as our local racetrack closing.” 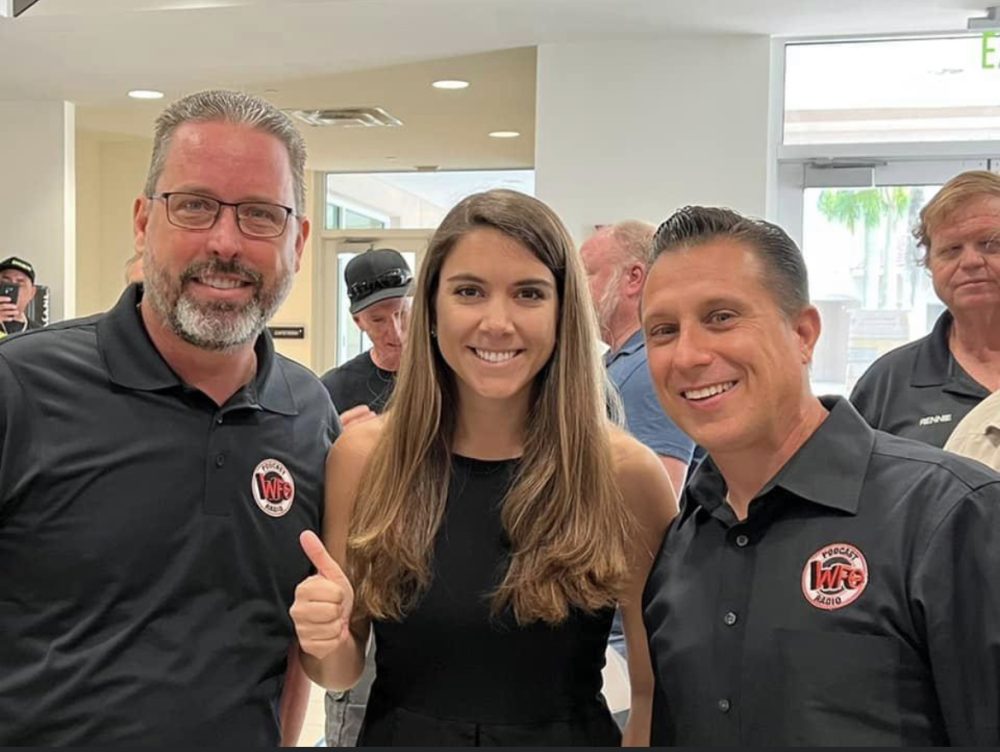 While Marconi doesn’t actively race, she grew up at PBIR with her father, who’s raced at the track since before she was born. It’s where she met some of her best friends, as well as her fiancé, and she’s determined to help keep the track open as a community gathering place rather than being turned into a lifeless concrete warehouse complex.

“I got involved in trying to help save the racetrack because I know how much it means to every single person who goes out there,” Marconi said. “For some, it’s a stress relief after a hard week’s work. For others, generations of their family have been going to that track for longer than I’ve even been alive. I understand the sentiment and, although I don’t personally drag race myself, I know how much everyone wants it to stay racetrack. I’m doing it for them.”

Before Portman Industrial can go through with their plans to purchase the property and redevelop it into a massive warehouse complex, their plans must be approved by the Palm Beach County Zoning Commission and the Board of County Commissioners. A recent Zoning Commission board meeting offered a bit of hope for the pro-PBIR movement. 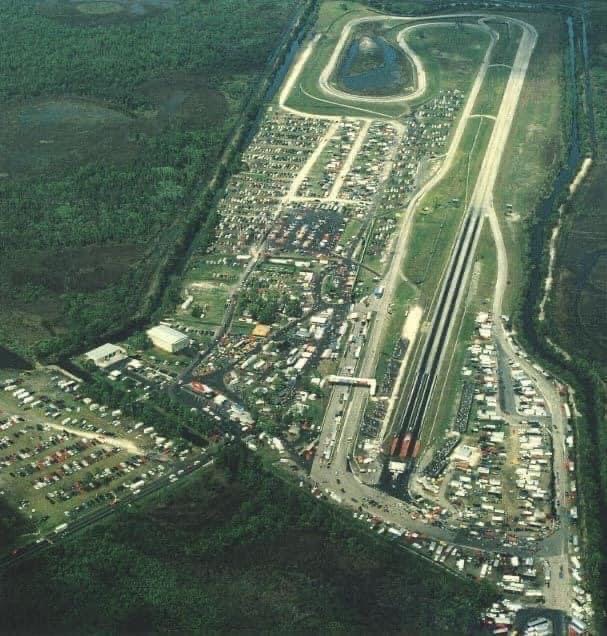 Along with the dragstrip, PBIR also includes a road course.

The Board of County Commissioners was set to review Portman Industrial’s application at an upcoming board meeting on April 28, but the application has been postponed by Portman until a September BCC meeting, according to a Facebook post Marconi made on April 19.

“They weren’t ready for the 4/28 meeting, but we were!” Marconi also said in the post. “We will be even more ready in September. It’s not over yet, just kicked further down the road.”

The postponement doesn’t mean Marconi is easing up on her efforts. She’s reached out to local officials, including Palm Beach County Sherriff Ric Bradshaw, who wrote a public letter voicing his concern about the track’s potential closure. Marconi has also called on motorsports personalities, like NHRA announcer, podcast host and South Florida racer Joe Castello, who attended the April 7 hearing.

“I did speak with NHRA legend Darrell Gwynn the other day on the phone and he said he ‘respected what I was doing and regained hope when he saw that I was taking charge of this situation and trying to get people involved to help,’” Marconi said. “That was a huge compliment coming from him. It brought tears to my eyes and it motivated me even more to continue my efforts in saving PBIR.”

Drag Illustrated will continue reporting on this story as it develops.