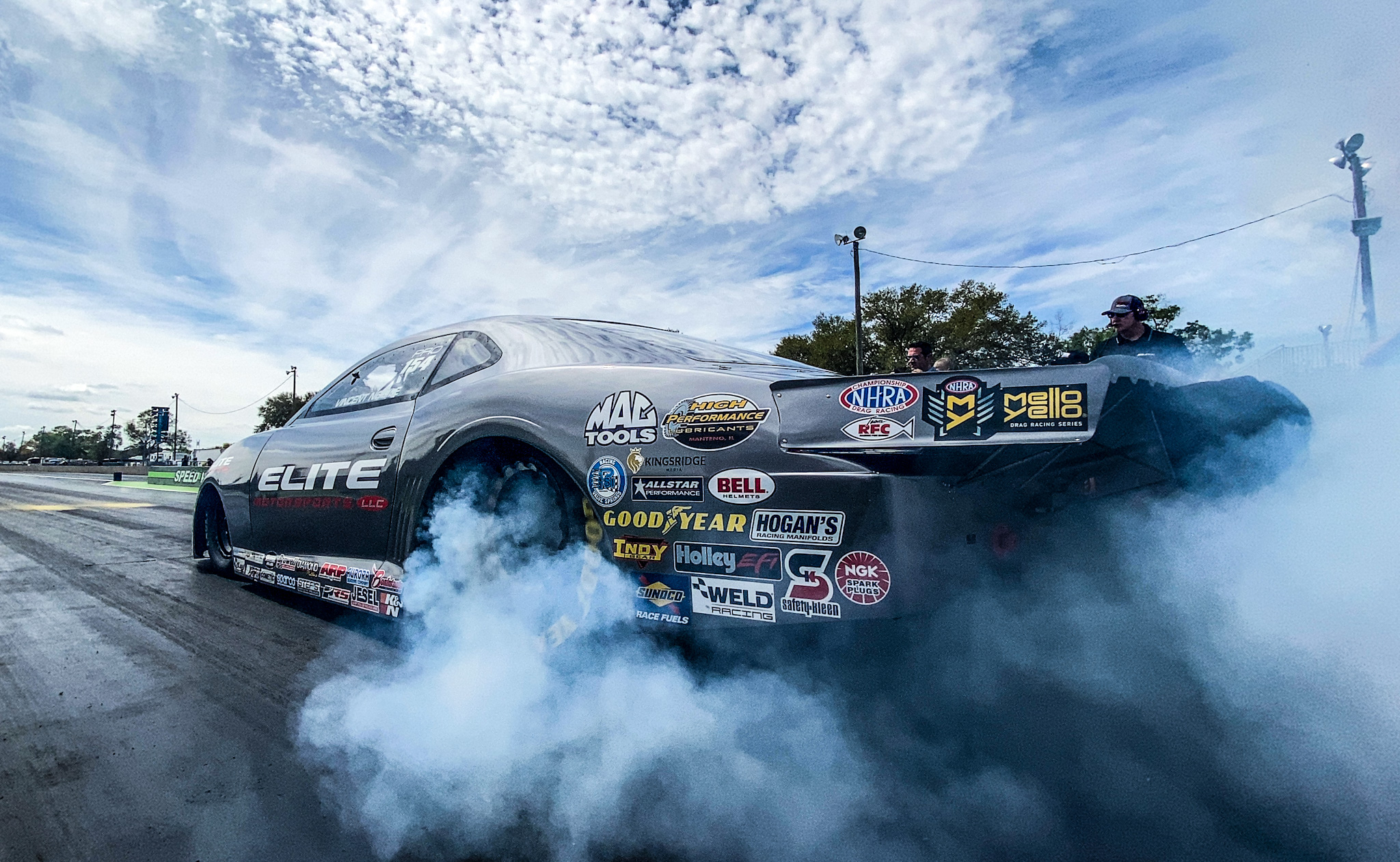 Vincent Nobile has been a fixture at the race track since he’s been in diapers, which is why last year was so difficult for the talented driver.

At least for two weekends, Nobile will get the Pro Stock fix he’s been missing.

After the team was parked following the 2018 season, Nobile and his father stepped away from the class, and it was undoubtedly a difficult decision for the 13-time Pro Stock winner.

While a full-time return may not be in the cards at the moment, Nobile is back behind the wheel of a Pro Stock car this weekend, driving an Elite Motorsports Camaro during this weekend’s Drag Illustrated World Doorslammer Nationals presented by CTech Manufacturing at Orlando Speed World Dragway.

He’ll follow that by driving the car at next week’s NHRA Gatornationals, giving Nobile a chance to be back where most feel he belongs. Unsurprisingly, Nobile was full of excitement following a trio of test runs on Friday.

“It felt good to be back in the car,” Nobile said. “That’s something you just can’t explain. I definitely missed it and it definitely feels good to be back out here. I can say I certainly miss it. There’s times I really get bummed out about it.

“Like I tell anybody – and I’ve never done any sort of drugs in my life – this has to be worse than drugs. You can’t get it out of your system. It’s just one of those things that becomes an addiction.”

After ironing out some issues on the first run, Nobile had a pair of passes in the 6.50s heading into the first round of qualifying on Friday.

Nobile also looked like he hadn’t missed a beat, showing the driving prowess that made him one of the top drivers in the class. 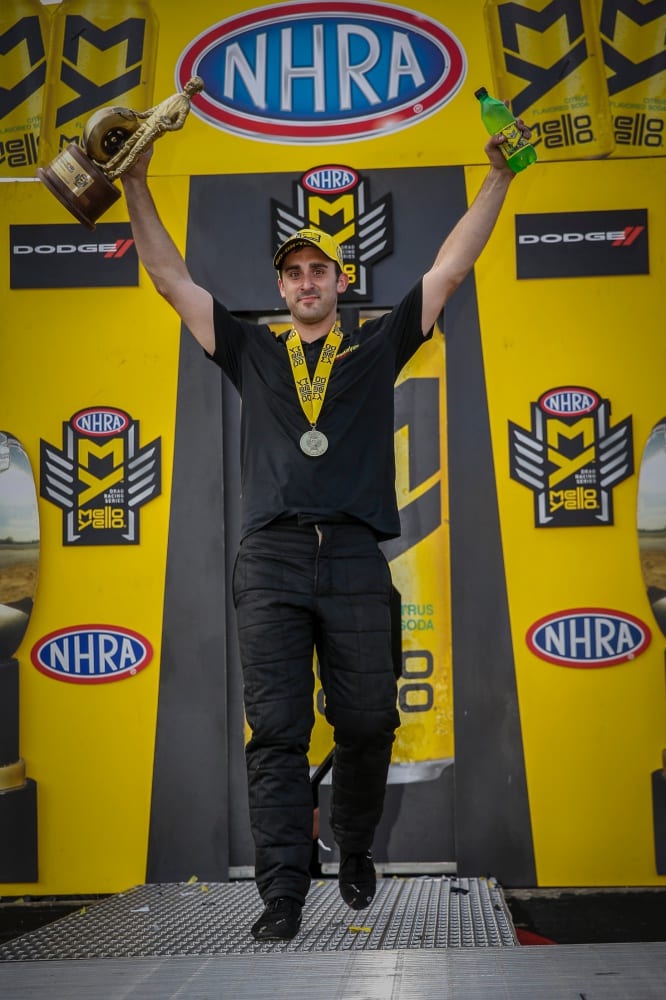 “I felt pretty comfortable. They say it’s like riding a bike and I’ve got quite a few runs under my belt,” Nobile said. “Naturally, you have some nerves, but I felt really comfortable in the car and it went right down the track. It’s going well so far. I’m out here having a good time and I get to make a few laps. I’m just happy to be out here, to be completely honest. It feels right, like where I’m supposed to be.”

Nobile is as natural of a talent as anyone in the class, but when funding went away, he was forced to step away from the sport.

He worked with Elite Motorsports team owner Richard Freeman to put together a deal for this weekend and Gainesville, but Nobile isn’t seeking out full-season sponsorships.

He also wasn’t about to rule anything out following these two races.

“Will it turn into more? Who knows. We’ll see,” Nobile said.

Nobile wasn’t actively seeking a sponsor, noting that part of racing was a full-time job in itself. Running a number of businesses with his father wouldn’t allow that to happen, but there was no denying Nobile has missed being behind the wheel. That’s what happens when you race for eight seasons and enjoy considerable success – it becomes a way of life.

“We’ve got three businesses back home, so being away 24 weekends out of the year, it was tough,” Nobile said. “We made it happen because it’s what we love to do.”

The thrill on Nobile’s face in the pits was obvious on Friday in Orlando. He treasured the time with his father, making considerable improvements over the course of one afternoon.

The team will look to make more strides off the starting line, but Nobile isn’t entering the weekend with any grand expectations. Just being here is more than enough. Winning the $75,000 would simply be icing on the cake, making this a pressure-free weekend.

“This was probably a bad idea to come out for these two weekends,” Nobile said. “I’ll be going through withdrawals real bad now.

The first round of qualifying at the Drag Illustrated World Doorslammer Nationals presented by CTech Manufacturing takes place at 6 p.m. on Friday, followed by three rounds at 12, 3 and 6 p.m. on Saturday. Eliminations begin at 11 a.m. on Sunday, and all action will be broadcast live at SpeedVideo.com.