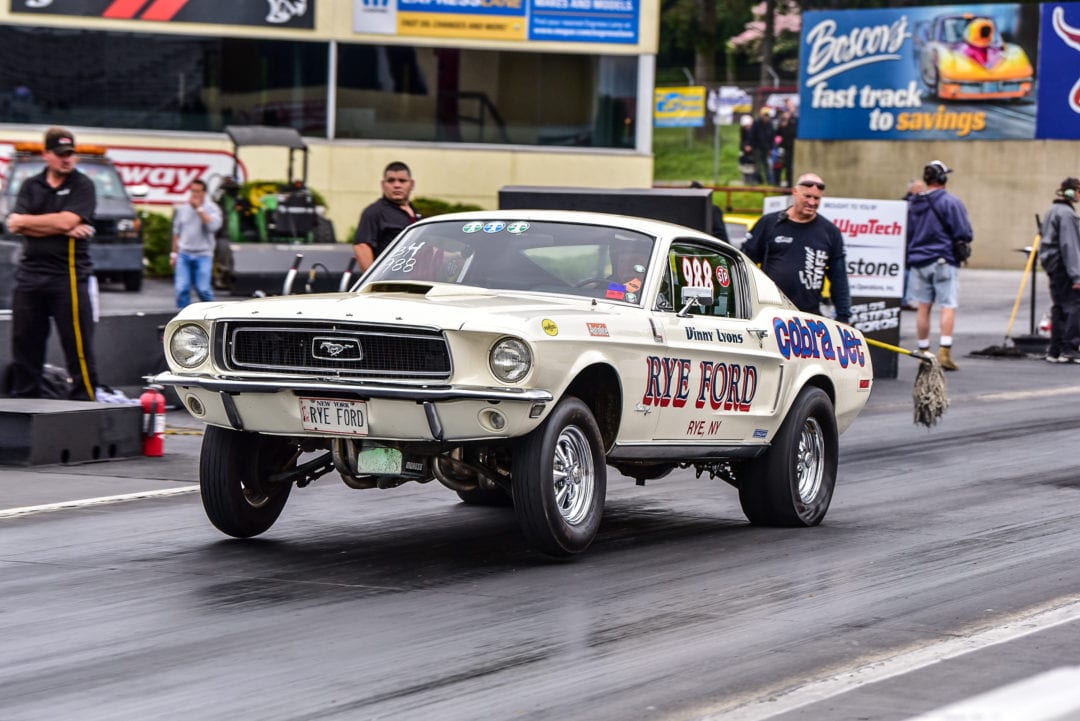 ProMedia Events has been selected to host the 50th Anniversary Ford Performance Parts Cobra Jet Reunion at its NMCA All-American Nationals event at Summit Motorsports Park in Norwalk, Ohio, August 23-26, 2018. Presented by Tasca Ford and TascaParts.com, this once-in-a-lifetime special event is open to all Ford vehicles powered by the iconic Cobra Jet engine combination. Cobra Jet vehicles, including Mustangs, Fairlanes, Cougars, Torinos, Cyclones/Montegos, and Rancheros (all tributes/clones permitted), will invade the Buckeye State in celebration of their legacy from 1968 to present, with activities that include a huge car show, drag race, invited celebrities, and a special celebration dinner for owners, media, and fans.

“NMCA is thrilled to be a big part of Cobra Jet’s 50th anniversary celebration,” said Steve Wolcott, president and CEO of the National Muscle Car Association. “Cobra Jet’s iconic platform is the predecessor to today’s Detroit factory-built race car programs that add to the excitement of NMCA series events.”

Billed as America’s Racetrack, Summit Motorsports Park is the premier national event drag race facility in the U.S. with massive paved pits, perfectly manicured car show grass, and amenities second to none. Situated just outside of Sandusky, Ohio, the Cobra Jet Reunion’s location provides participants and fans eager for extra vacation activities access to numerous water parks, golf, and other special amenities. This special event takes place the weekend after the world-famous Woodward Dream Cruise in Detroit and one week before the NHRA U.S. Nationals in Indy, setting the stage for the ultimate motorsport road trip.

“All of us at Ford Performance Parts are excited to celebrate the 50thanniversary of Cobra Jet,” said Doug White, Global Performance Parts Manager. “From the time Cobra Jet Mustangs dominated at the 1968 NHRA Winternationals right out of the box, to taking over the streets later that year in production Mustangs, all the way to modern-day Cobra Jet racers returning to NHRA victory lanes beginning in 2009, the name ‘Cobra Jet’ has helped define what Ford Performance is all about. Now 50 years after it first made waves both at the drag strip and on Main Street, Cobra Jet remains known for putting the ‘muscle’ in Ford’s muscle car legacy. For that reason, the 50th Anniversary Cobra Jet Reunion at Summit Motorsports Park is truly a “must attend” event for all Ford enthusiasts.” Only 90 miles south of Dearborn, Michigan, the Cobra Jet Reunion will provide access to many Motor City celebrities and dignitaries eager to be a part of this golden anniversary.” 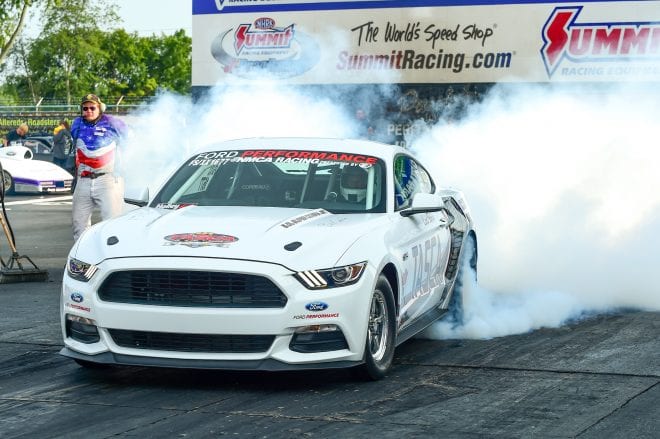 Ford historians and enthusiasts understand the unique connection Tasca Ford and Bob Tasca, Sr. played in the development and promotion of the Cobra Jet platform. As presenting sponsor of the Cobra Jet Reunion, Tasca Ford and the entire Tasca family will personally participate with the event. “I was there in ’68 to witness the original Cobra Jets run in Pomona and I look forward to racing my modern Cobra Jet at this golden anniversary event,” said Carl Tasca of Tasca Ford and current NMCA Factory Super Cars competitor. “50 years later I’m proud to say that Tasca Ford is still selling Fords, racing Cobra Jets, and marketing Ford OEM parts through our TascaParts.com platform that serves Mustang & Ford enthusiasts around the world.”

The Cobra Jet Reunion starts on Thursday, August 23, as car show and drag race competitors roll into Summit Motorsports Park. Drag racers will be treated to a Thursday Test & Tune and car show competitors will be placed in their pre-reserved parking areas. Friday, the fangs come out as more show participants fill up the green grass with a sea of colors and chrome. Drag racers will qualify for Saturday’s modern and vintage Cobra Jet Showdown classes, presented by Diversified Products Marketing. Friday evening features a once-in-a-lifetime Ford Performance Cobra Jet Reunion Celebration Dinner at the Sawmill Creek Resort, where Cobra Jet owners and fans will rub elbows with a “who’s who” of Cobra Jet royalty. The dinner, presented by Tasca Ford, will be hosted by NHRA announcer and TV commentator Brian Lohnes, and feature guest speakers, video and slide show presentations, and much more.

On Saturday, August 25, the festivities goes into full swing as Editor’s Choice and Special Recognition awards are presented to car show participants, and modern and vintage Cobra Jet Showdown eliminations begin. Late Saturday, the winners of the Showdown classes will race each other for the right to be called the King of the Cobra Jets. Sunday, the big day in the car show area, features professionally judged class award presentations to the finest Cobra Jets in the world.