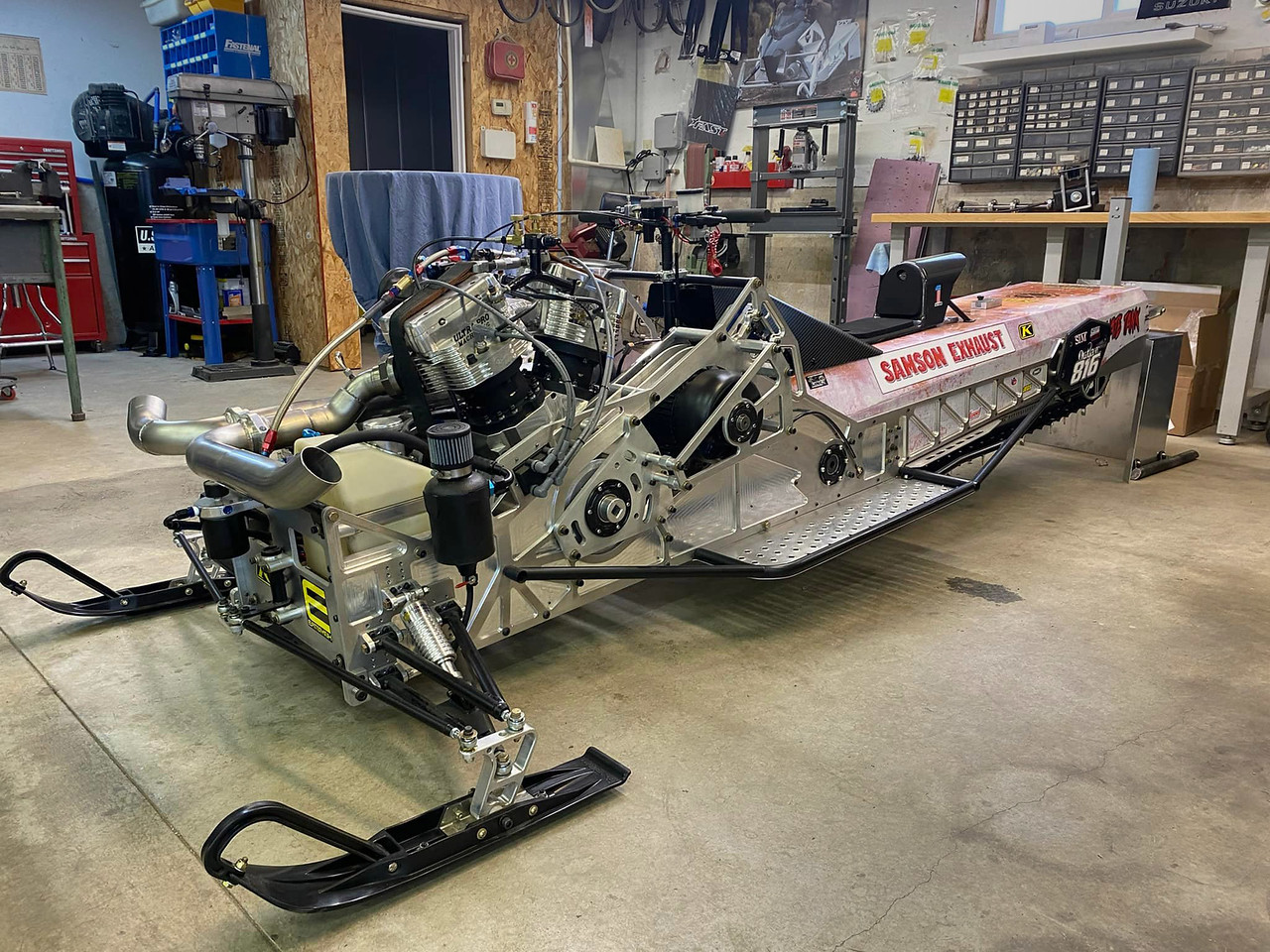 The pace of innovation and platform diversity at Snow Outlaws snowmobile drag races is as relentless as the on-track competition. And with only three action-packed races this season, the Weenie Roast World Finals on March 4-5 at Lakewoods Resort in Cable, Wisconsin, promises to be a hell-bent battle for snow superiority and big check glory.

The opening round of the Pro Outlaw class at Rice Lake saw the debut win of a brand new combination—the screw-supercharged, nitro-powered “The Grinch” designed and assembled by Craig Campton of Hypersports, tuned by Howard Haack and Jeff Ratzlaff (also the owner), and ridden by Mike Allen.

Both these winners will have to face a new threat this weekend, the nitro “Harley” V-Twin Samson Exhaust/Hammer Down Racing “Hate Tank.” Built and tuned by Jack Romine, and ridden and owned by Matt Musselman, this throbbing, flame-belching beast will be sure to thrill fans and competitors alike as it threatens to melt ice, snow and faces.

The weenies won’t need a grill to roast with all of this high octane, pressurized horsepower pounding the Lakewoods snow.

Rice Lake Pro Xtreme 55 winner Gibas and Long Lake winner Casey Ausloos may or may not have the upper hand in the championship battle, as Corey Sullivan runner-upped at both events and is aching for a Snow Outlaws winners’ Big Check in the 55mm turbo class. Defending class champ Brian Sullivan is poised for a comeback.

Will Snow Outlaws kingpin Chad Nyhus be too busy running the nation’s hottest snowmobile drag racing organization at the Finals to ride? Nyhus won the Long Lake event on his “Dirty Allis” sled, while fourth generation racer Kyle Shilts was the Rice Lake winner on his “Thumper #2.” Josh Bormann and Geoff Mapstone have runner-upped so far this season.

Chad and Jenny Nyhus, and the Snow Outlaws staff and family, stand ready to deliver the finest racing surface and most exciting show on snow.

Spectators get in free!