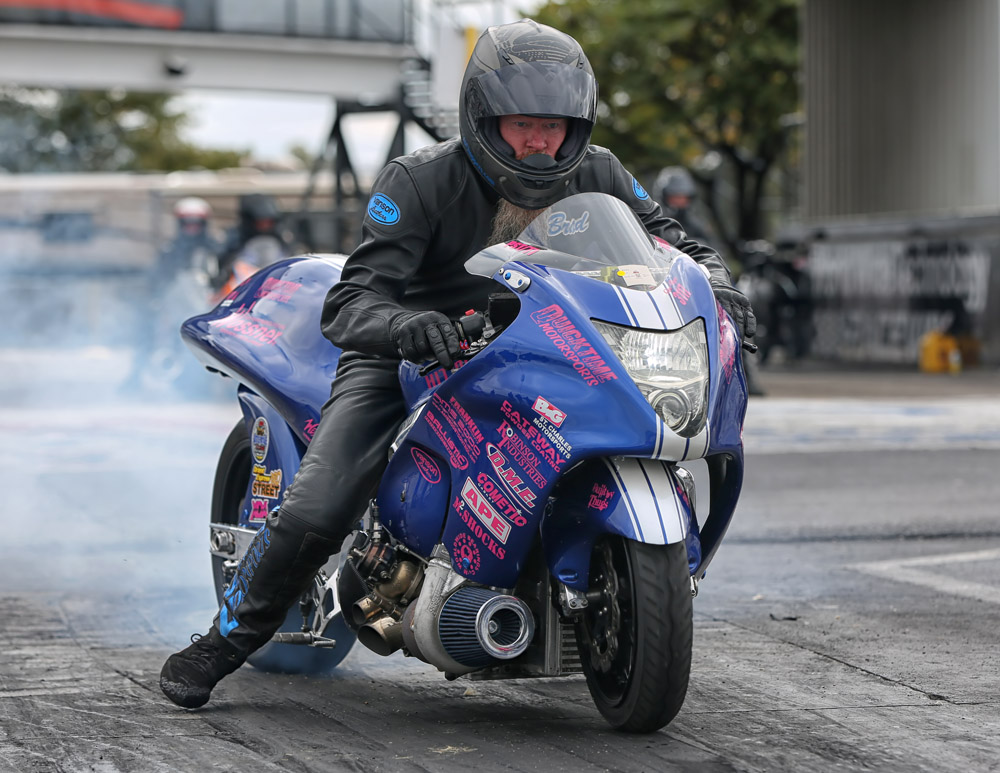 NHDRO’s previously named Mid-Season Sizzle gets it half-right—June 26-28 at Lucas Oil Raceway will totally sizzle! With a late start because of COVID-19 restrictions, the Midwest’s largest all-motorcycle drag racing series kicks off the season with the first big race of 2020 at a time that would normally be mid-year. And although they’d rather have two races under their belts by now, Brian and Niki Welch can’t wait to welcome the NHDRO family back to the best track on the planet.

Crazy Comp champ David Beshara can choose to defend his BB Racing crown in one or both of 8.90 Super Comp or M2.Shocks 8.70 Quick Street—the classes replacing Crazy Comp. The 8.70 index class will be streetbikes only, while Super Comp will allow both wheelie bar and no-bar bikes.

Street Fighter champion Ron “Ju-Jitsu” Arnold will have to pick up the pace a bit, as the retired 9.50 Street Fighter class is now Dirty 30 9.30 index for streetbikes.

NHDRO welcomes several new classes, including the first, full, quarter mile round of the much-anticipated HTP Super Stock class. A modern riff on the old Prostar Supersport class, Super Stock will allow the best jockeys and most subtle and “creative” tuners to rise to the top. Patrick Cooper, Dustin Clark, Robert Sprague and maybe even former NHRA Pro Stock Motorcycle champ LE Tonglet are looking forward to competing at the event.

By contrast, the 240-pounds-and-over riders of NHDRO’s new Pro Supreme class would sink like anchors if thrown into the water. But put these graceful big men in the seat and on the clutch and watch them float like summer butterflies in this no-points class.

NHDRO True ET is also a no-points class, and features true OEM hand clutches. $50 entry gets you a chance to cart off the winnings in this 100 percent payback class.

Kids have always played a big, participatory part of the NHDRO family, but for the first time they’ll have their own class—Hard Times Parts and Service Jr. Dragster.