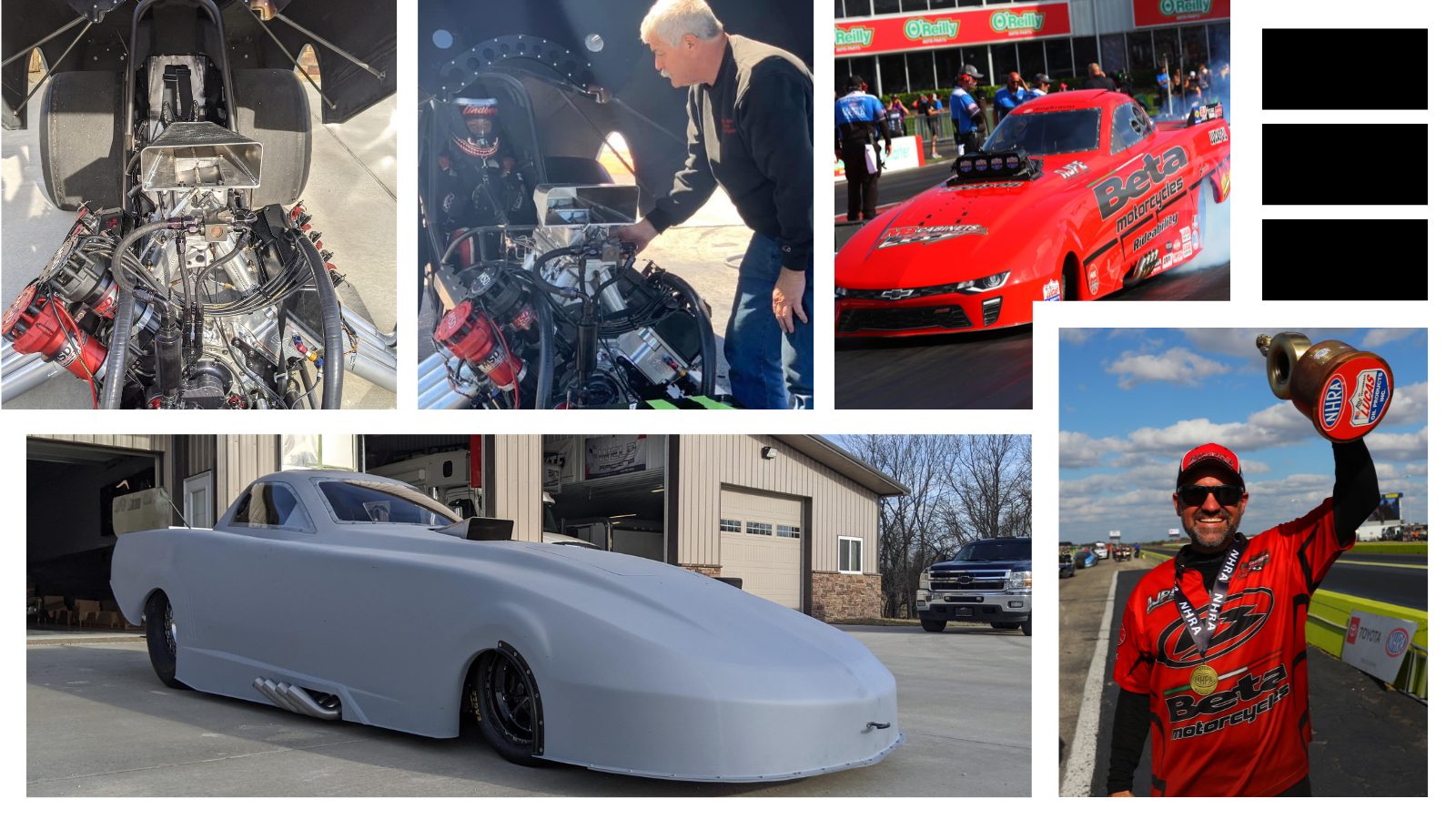 In a move designed to strengthen the class, improve participation, and drive innovation, NHRA officials announced in late July the addition of an A/Fuel engine program for the Top Alcohol Funny Car class beginning in the 2023 NHRA Lucas Oil Drag Racing Series.

The Top Alcohol Funny Car class features some of the top drivers in the Lucas Oil Drag Racing Series, with cars capable of reaching speeds of more than 270 mph and covering the quarter-mile in less than 5.4-seconds.

With the addition of the A/Fuel (injected nitromethane) engine combination into the class, NHRA will look to increase participation in the class, and give drivers and race teams another viable, efficient option to run in the thrilling category.

NHRA officials have released a full ruleset for the new combination, which can be viewed at NHRARACER.com.

“We’re really excited to introduce the A/Fuel engine program to Top Alcohol Funny Car in 2023,” said Josh Hamming, NHRA Technical Services/ Top Alcohol Rules Committee Chairman. “This is something we’ve been working on for several years and it’s all about building new excitement and a sustainable business model for the category. We believe there is going to be strong interest right off the bat, will reduce costs for interested teams and we’re eager to see this class continue to grow.

“The rules committee came up with a rule set that allows racers to enter the class and be competitive, but not dominate. We will evaluate performance from the start and will make adjustments as needed.”

Prior to the announcement, NHRA officials worked closely with teams, drivers, team owners and NHRA Division Directors to develop an A/Fuel engine program that is economically efficient for interested participants. As an added benefit, the ruleset and opportunities afforded by the injected nitro combination can also serve as a viable path for drivers, teams, and crew members to ultimately advance to the nitro Funny Car class in the NHRA Camping World Drag Racing Series.

“We wanted to come up with an option that will be more efficient for teams,” said Ned Walliser, NHRA Vice President of Competition. “We’re confident there will be significant savings over the course of a full season running the A/Fuel program. The ruleset will also allow teams to purchase bodies, chassis, engine parts and other items from nitro teams, allowing for a significant reduction in costs.

“It’s also going to provide a better stepping-stone for drivers, crew chiefs, and crew members if their goal is to race in nitro Funny Car,” Walliser added. “That is a big development and we’re excited about that. Our goal is to continue to build participation at every level and this addition to Top Alcohol Funny Car should only help that.”

Drivers in the Top Alcohol Funny Car class were also excited about the decision to add A/Fuel to the category, believing it will aid in long-term success and viability. It will also continue to be a marquee class that tracks can promote at NHRA Lucas Oil Drag Racing Series regional and divisional events.

“I think it’s going to be a good thing for our class and it’s a step in the right direction to help increase participation,” said Doug Gordon, the 2020 Top Alcohol Funny Car world champion. “We needed to step out of our comfort zones and come up with some new ideas to add more cars to the class. I’m looking forward to it. I want 16-car fields and I want to have to fight for the win against a full field.

“By bringing in the A/Fuel program, I think it will help someone jump in one of these cars and be competitive right away, and that will bring more people to the class. I think it’s going to be good addition.”