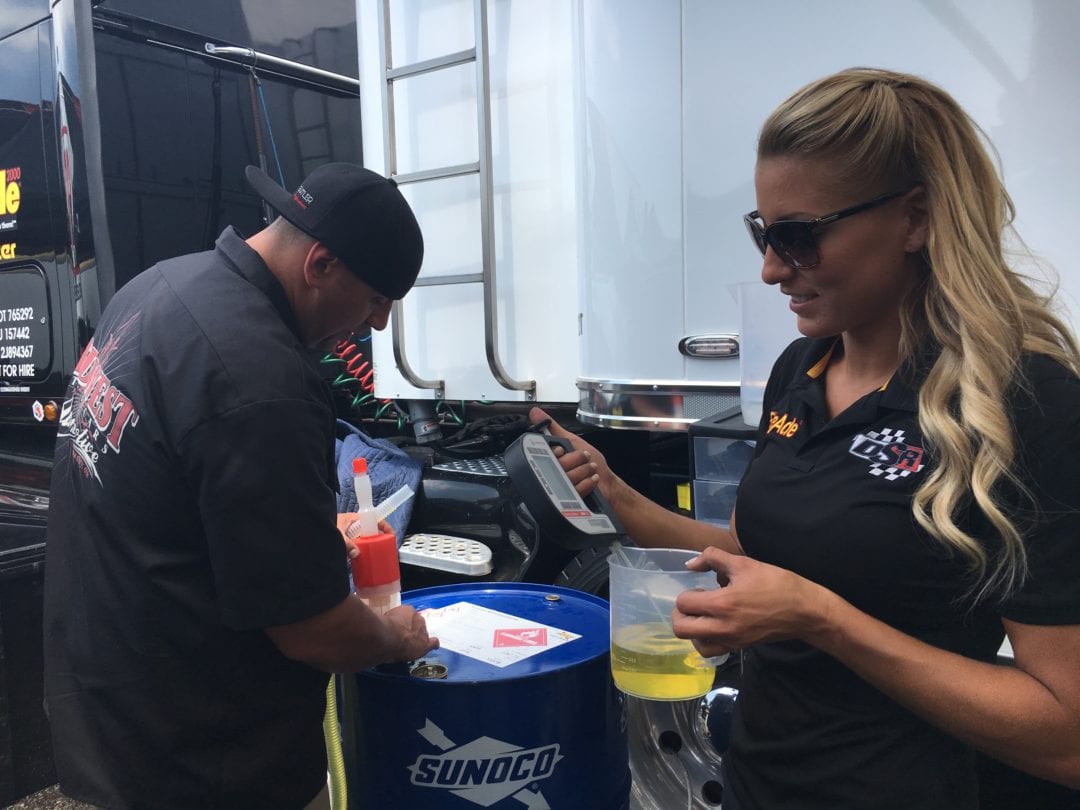 Though thoroughly enjoying the full celebrity treatment from NHRA, as well as an almost constant line of fans and well wishers approaching him for a fist-bump, hand shake, high-five or photo, Shearer made the trip from Oklahoma to New Jersey for a reason. After months of back-and-forth, NHRA’s executive team and the famed outlaw racer came to an understanding with the shared belief that they could simply do more good for the sport of drag racing by working with one another as compared to against one another. At roughly 3:00 PM local time, NHRA’s in-house television production team started filming with Shearer as he delivered a public service announcement on the dangers of illegal street racing to be used during NHRA broadcasts on FOX and FOX Sports One (FS1), as well as on the jumbotron at events on the NHRA Mello Yello Drag Racing Series tour.

“We are so pleased that Justin wants to do this with the NHRA to encourage all his fans to race legally in a controlled environment,” says Terry Blount, NHRA vice president of public relations and communications. “I know he’s having a blast here this weekend, and it’s clear watching him walk around the pits that so many of our fans love him.

“This is a big step for ‘Big Chief’ and a very positive move for us to mend some fences and let all his followers know that we want them to be a part of NHRA and all the great things we have going on here,” continues Blount. “We believe this new relationship with Justin, and his PSA message to everyone, will serve the greater good for all drag racing competitors and fans, along with acting as an olive branch to some grass-roots racers who may have felt left out in the past.”

Shearer, an experienced racer in his own right, has been the talk of the pits during the NHRA Summernationals, receiving a warm welcome from racers in virtually every category. Before spending the early afternoon with Leah Pritchett mixing nitro methane for her FireAde-sponsored, Don Schumacher Racing-owned Top Fuel dragster, “Big Chief” bounced around the Pro Stock pits, getting a good look at the latest-and-greatest factory hot rods.

“We are so happy to have Justin back in the fold. The PSA by Justin is a way to emphasize the NHRA’s message, which always has been about inclusion of everyone and racing legally.”

One has to wonder what a race between Justin “Big Chief” Shearer and, say, Erica Enders-Stevens might look like.