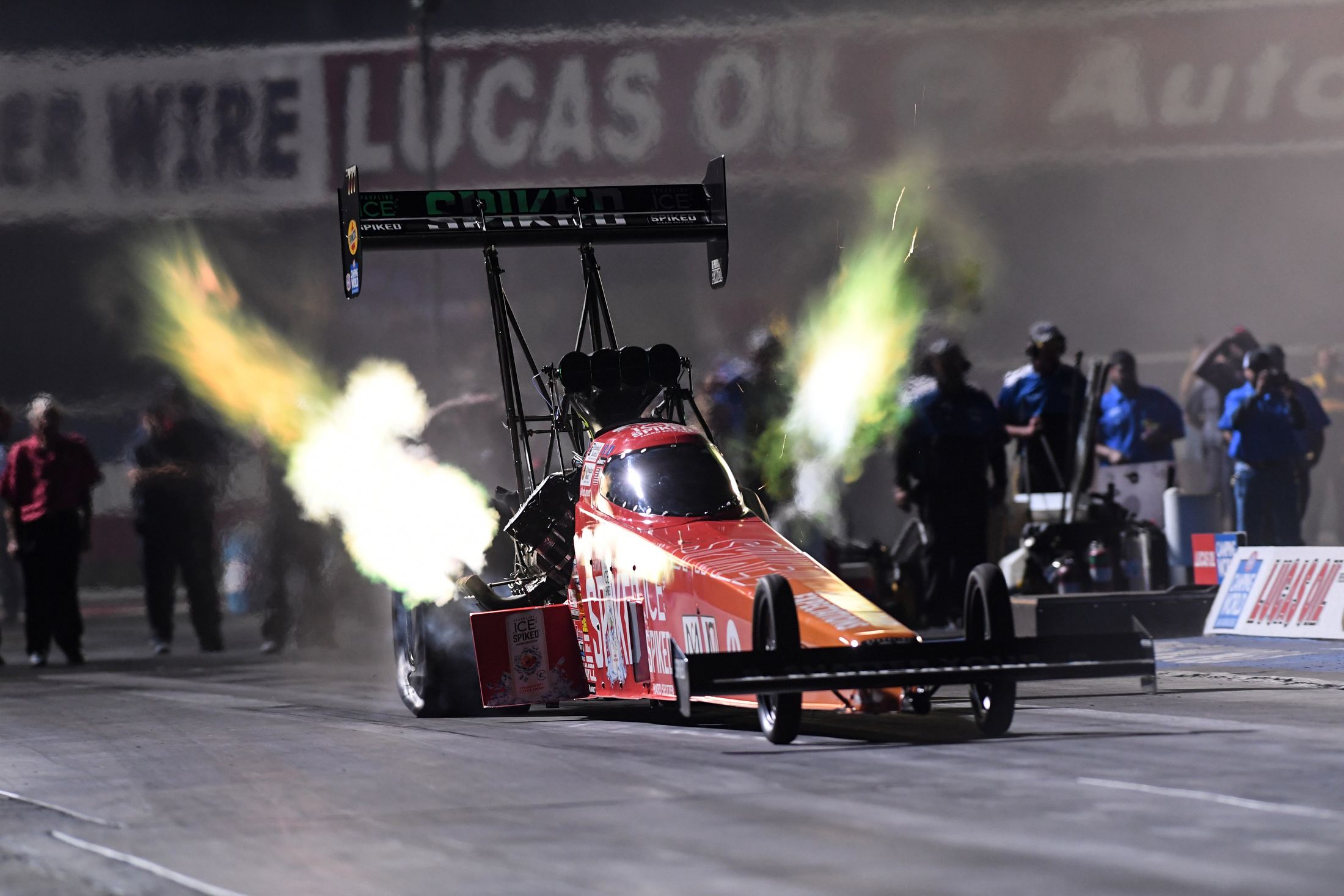 Back in its traditional spot as the first race of the NHRA Camping World Drag Racing Series season, there is plenty of excitement surrounding the start of the 2022 campaign at the Lucas Oil NHRA Winternationals presented by ProtectTheHarvest.com, which takes place Feb. 18-20 at Auto Club Raceway at Pomona.

It is the first of 22 races during the 2022 season and will take place at a historic track that’s been synonymous with the start of the NHRA year for more than six decades. With an abundance of new teams, top stars returning to action and a number of new cars in action, the anticipation is high heading into the season-opener. The event will also serve as the 900th race for the Pro Stock class, adding another historic piece of a race that will feature the incredible action of 11,000-horsepower nitro machines.

All the top stars in Top Fuel, Funny Car and Pro Stock will look to start 2022 in winning fashion at a race that will be broadcast on Fox Sports 1 (FS1), including eliminations action at 10 p.m. ET on Sunday, Feb. 20. Leah Pruett (Top Fuel), Ron Capps (Funny Car) and Aaron Stanfield (Pro Stock) were winners of the 2021 event, which took place in a summer a year ago but is now back in its traditional February spot to open the year.

Pruett is part of an exciting new Top Fuel venture that includes the formation of a new team by her husband and NASCAR legend, Tony Stewart. Pruett will drive the Top Fuel dragster for Tony Stewart Racing, looking to unseat Steve Torrence’s incredible run of dominance that includes four straight world titles. Torrence won 11 races a year ago, including the finale at Pomona, but will be faced with a multitude of star challenges, including Tony Schumacher, who is returning to full-time action in 2022. Other top drivers to watch include Antron Brown, who became a team owner in the off-season, Brittany Force, who finished second in points a year ago, rising star Justin Ashley, veteran Doug Kalitta, who has four Winternationals victories, the returning Austin Prock, who was the 2019 NHRA Rookie of the Year, Mike Salinas, Clay Millican, Josh Hart and Shawn Langdon.

In Funny Car, Capps used his victory in Pomona to catapult his run to a second career world championship. He also branched out into team ownership in the off-season, as Ron Capps Motorsports will look to start 2022 with a victory in the loaded Funny Car ranks. He will be met with a host of challengers, including former teammate and 2020 world champ Matt Hagan, who is now part of the new Tony Stewart Racing team. Hagan is after a quick start, too, facing off with the likes of 16-time world champ John Force, California natives Robert Hight and Cruz Pedregon, Bob Tasca III, who won in Pomona to close out 2021, J.R. Todd and Alexis DeJoria, who are both debuting the new Toyota GR Supra Funny Cars at the race, and veteran Tim Wilkerson.

While Pro Stock will be celebrating the 900th event in its illustrious history at the race, reigning world champ Greg Anderson is after historic numbers at the race as well. He became the all-time wins leader in the class a year ago en route to his fifth world title and his next win will give him 100 victories in his career. Should it happen at Auto Club Raceway at Pomona, he would earn his seventh Winternationals victory, tying him for the most in class history, and 14th overall at the facility. Trying to stop him will be a standout field, including four-time world champ Erica Enders, who is after her third world title in four years in 2022, reigning NHRA Rookie of the Year Dallas Glenn, Kyle Koretsky, Stanfield, who won three races in 2021, Troy Coughlin Jr. and Matt Hartford.

The event also will feature thrilling competition in the NHRA Lucas Oil Drag Racing Series, where future stars of the sport hone their skills. On Friday and Saturday, there will also be a special cackle fest in the Hot Rod Junction that fans won’t want to miss. After nitro qualifying on both days, fans can also enjoy a special wheelstander exhibition from the “Walking Tall” P.T. Cruiser Wheelstander driven by Guinness World Record Holder “NitroMike” Kunz.

As always, fans get an exclusive pit pass to the most powerful and sensory-filled motorsports attraction on the planet at Auto Club Raceway at Pomona. This unique opportunity gives fans a unique chance to see teams in action and service their hot rods between rounds, get autographs from their favorite NHRA drivers and more. Fans can also visit NHRA’s popular Nitro Alley and Manufacturers Midway, where sponsors and race vendors create an exciting atmosphere that includes interactive displays, simulated competitions, merchandise, food and fun for the entire family.