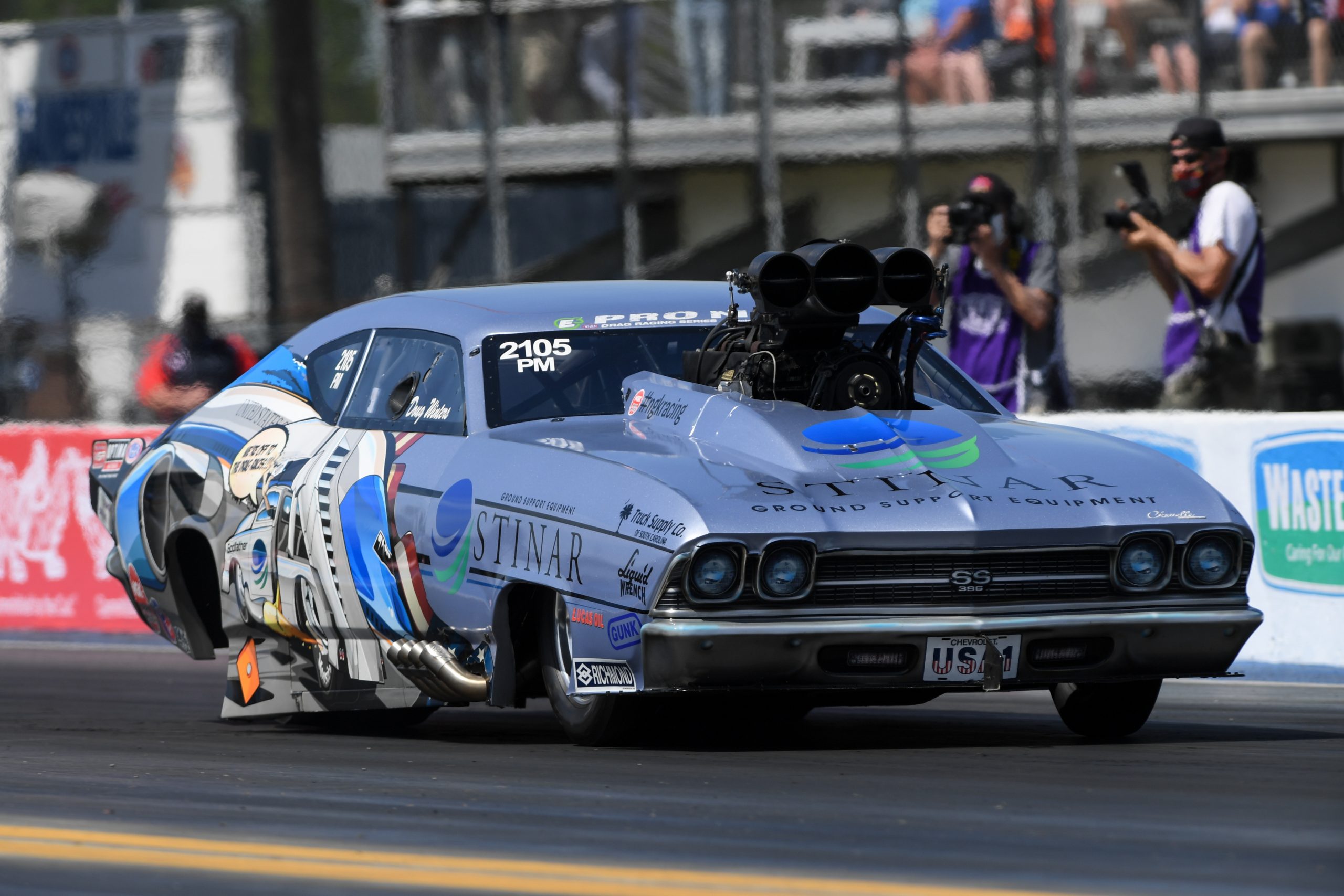 The E3 Spark Plugs NHRA Pro Mod Drag Racing Series presented by J&A Service will head to Brainerd International Raceway for the first time in class history and that makes for a special weekend for veteran Doug Winters.

It’s one of the few places Winters has never raced in his blown Stinar ’69 Chevelle, making it an exciting first for him, and it’s also an event where his race partner is also the presenting sponsor at the event. Looking for his first career victory in the NHRA Pro Mod class, now would be as good a time as any to find success as part of this weekend’s Lucas Oil NHRA Nationals.

“It’s going to be pretty cool,” Winters said. “It’s the first time we’ve ever been to Brainerd and it’s going to be special to go down this track. We’ll probably have 40-50 people from Stinar on Saturday, so we’ll have a big-time and hometown crowd in our pits cheering us on. We’ve thought a lot about what it would mean to do well here, and if we’re ever going to win one of these races, this would be the greatest place to do it.”

The race, which is presented by Stinar, is the sixth of 11 races during the 2021 E3 Spark Plugs NHRA Pro Mod Drag Racing Series season and will be shown on Fox Sports 2 (FS2). Jose Gonzalez has won the past two races in the class, taking the points lead as the category starts the second half of the season in Brainerd.

After struggling in 2020, Winters has found his footing again in the talent-filled class, currently sitting sixth in points. He advanced to the semifinals in Norwalk and also had success at the four-wide race in Charlotte. The team has made continual progress all year and Winters believes that will only continue in Brainerd. 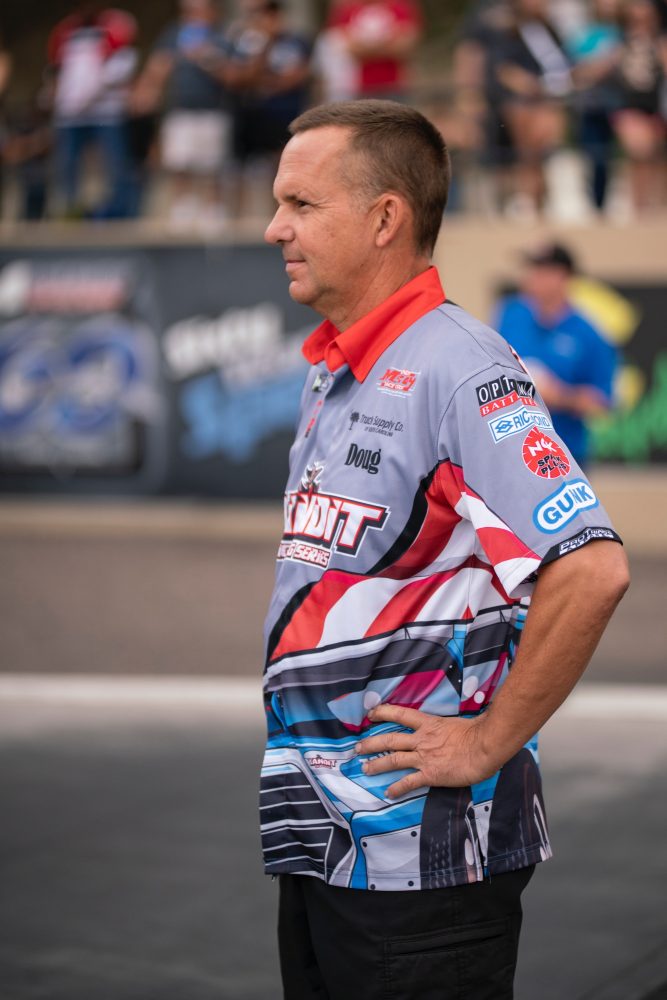 “I feel like we’re in a great place. I was joking to my sponsor that we’re going to mess up and win one of these things soon,” Winters said. “We went back to the basics and back to the fundamentals of how we’re setting up the car. It seems to be working. Instead of trying the latest and greatest, we went back to basics, and it seems to have come back together. We ran well in Norwalk and we feel good about where we’re at right now.”

The goal, though, is to keep pushing forward. He believes the team is capable of competing for a win in Brainerd and Winters has his sights set on a top five finish in points for the first time in his NHRA Pro Mod career.

Of course, that’s not going to be easy going up against the likes of Gonzalez, Justin Bond, who has a win this year, two-time defending world champ Stevie “Fast” Jackson, promising NHRA Pro Mod rookie J.R. Gray, Mike Castellana, Brandon Snider, Rick Hord and Chad Green. Winters, though, is confident he can run well in Brainerd right off the trailer, even if it is first time ever visiting the track.

“From the standpoint of track conditions, NHRA does a good job of having a consistent track wherever we are,” Winters said. “I expect to go out in the first round of qualifying and act like it’s a track I’ve been down 100 times. We’re doing the best we can each time out there, but we’re shooting for the top five. To do that, we’re going to have to keep going rounds, but that’s what we’re going for.”

In Brainerd, the class is sponsored by Standard, which is the industry leader when it comes to flight equipment needs. Located in nearby Blooming Prairie, Minn., Stinar has more than 74 years of manufacturing experience in the commercial airline sector and 36 years of government contracting. In that time, Stinar has been dedicated to providing assistance to those traveling by air.

The first qualifying session for the E3 Spark Plugs NHRA Pro Mod Drag Racing Series presented by J&A Service takes place at 4:00 p.m. CT on Friday with the final two rounds scheduled for 1:15 and 4:30 p.m. on Saturday. The first round of Pro Mod eliminations are slated for 12:00 p.m. on Sunday.