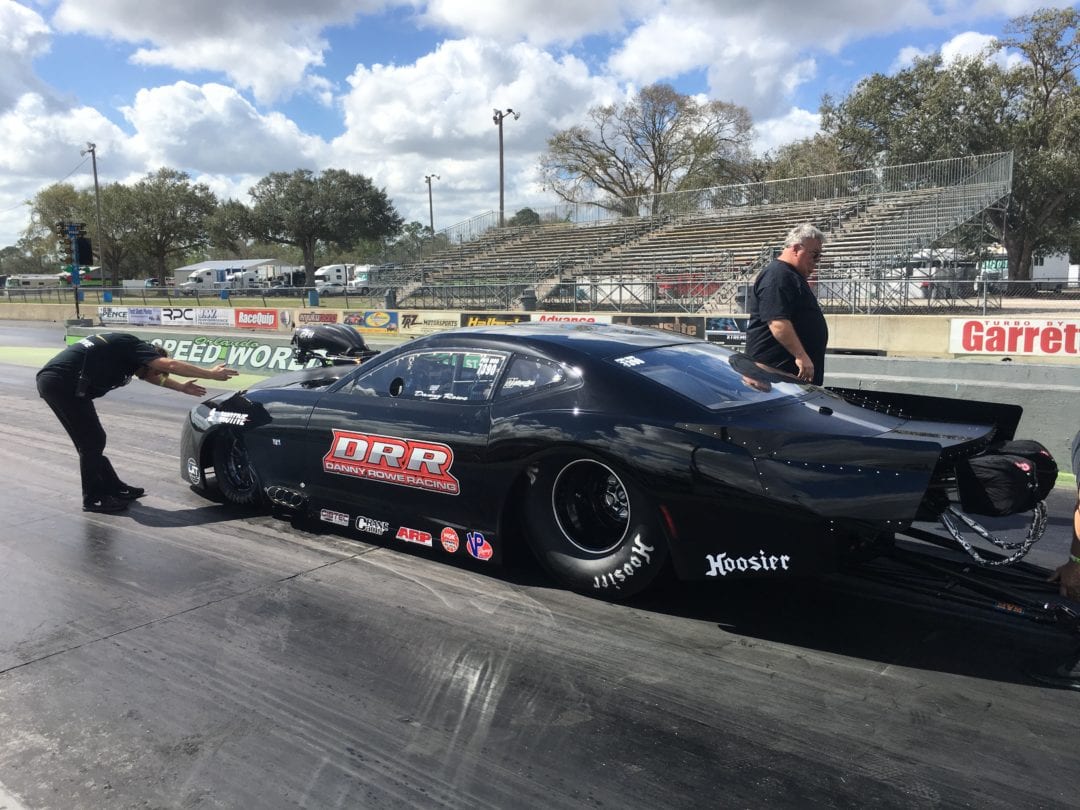 The way Danny Rowe sees things this year, it’s either going to be the leading edge or the bleeding edge.

The NHRA Pro Mod standout will debut a brand-new Chevy Camaro from RJ Race Cars this season, one of a handful of forward-thinking items for the veteran, who is fully aware of the fine line he’ll be walking facing off against the top Pro Mod names.

But after an 11th-place finish in the NHRA Pro Mod standings a year ago, Rowe knew he couldn’t stand pat.

“We want to be advanced, we want to be moving forward and improving, but we also don’t want to be taking dumb chances,” Rowe said. “You’re always going to be nervous about what you’re doing, but you have to believe in the program. The last couple years, I felt like were a little behind the 8-ball. For whatever reason, the Corvette didn’t perform the way we wanted. This has kind of given me excitement for this season.”

The race takes place this weekend and includes a loaded lineup, but Rowe and his team, led by standout tuner Jimmy Rector, are already hard at work.

He made the first lap on Monday in the new Camaro and hopes to make at least 40 runs by the time the weekend is over.

An added dimension is working closely with Rick and Rickie Jones of RJ Race Cars. The noted builders and tuners are with Rowe in Orlando this week and will offering a close eye and insight at each of the 12 NHRA Pro Mod races, beginning next month at the Gatornationals.

It’s an added bonus for purchasing the new car from them and Rowe plans to take full advantage of it.

“He’s there to evolve with our program, be engaged with what’s going on and that was big for me,” Rowe said. “Rick and Rickie are great people and they were really excited about working with us. It’s only going to continue to help us.”

Paired with Rector, Rowe is also excited about the possibilities.

“That’s an advantage for us,” Rowe said. “Jimmy Rector is unbelievable and the fact RJ and Rickie have so much experience with a chassis and they understand a door car, it gives us a little different way to look at things.”

What Rowe envisions is a wealth of new opportunities, finding new ways to utilize the horsepower Rector makes.

It will surely be a matter of discovering what works, but Rowe is looking forward to the process. Part of it is admittedly nerve-wracking, as he ventures into new territory, but the potential is too big to ignore. It won’t be a quick or easy process – one reason he hopes to make 40-plus passes this week – but everything is headed in the right direction.

“There’s no doubt – this was a little nerve-wracking, getting in a new car, not knowing what’s going to happen, but everything is moving in the right direction,” Rowe said. “The car feels good, it’s done everything we expect it to do. So far, it’s been great. These guys have a ton of experience – as does our team – so it’s hard not to be confident that we’ll have a handle on the new hot rod in short order.”

If that continues, Rowe will enter the 2018 NHRA Pro Mod season with plenty of momentum with teammate Steve Matusek, who finished with a win and an eighth-place finish a year ago.

But Rowe knows nothing will come easy in the loaded class. Last year’s world champion, Troy Coughlin, may be retired, but the competition level remains at an all-time high. That makes introducing a new car and other changes a significant challenge, but Rowe believes it provides the best path for his team to take a major leap from last year.

“We want to be very competitive and that’s the goal,” Rowe said. “It’s going to be a battle as usual. We might not be the head of the pack every lap, but I know we’re going to be competitive. The series is doing great and I believe it’s the best race series in the country. There’s a lot of good people supporting this thing and that shows the quality of cars, teams and racers involved. To compete at a high-level amongst this group of drivers, tuners and cars is as big of an accomplishment as you can hope for these days – there’s no question about it.”