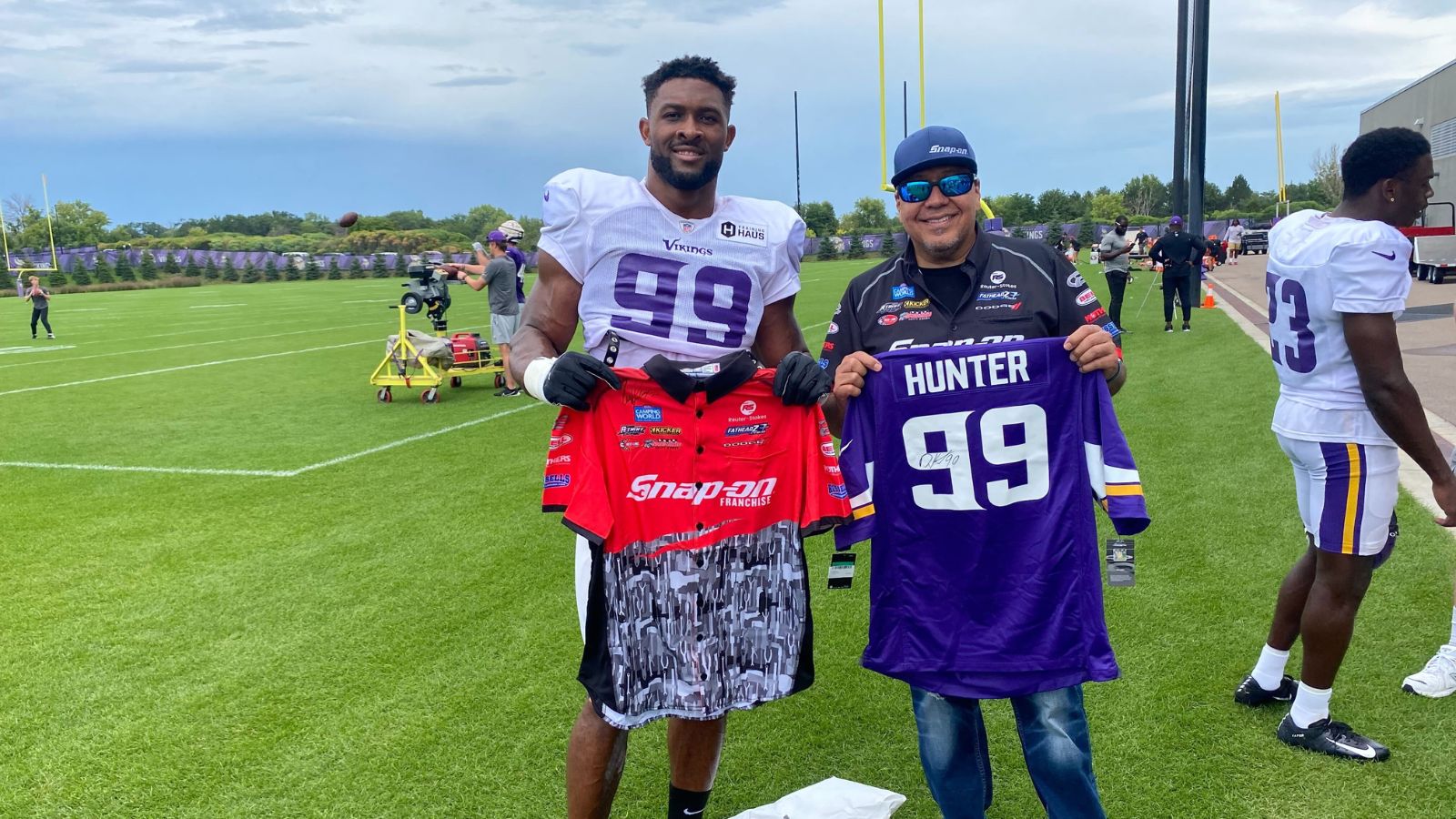 Cruz Pedregon traded in the drag strip for the gridiron during his trip to the Land of 10,000 Lakes. The NHRA Funny Car driver was invited to check out the Minnesota Vikings’ training camp today (August 18).

It’s no secret that Pedregon is a fan of the NFL, especially the Las Vegas Raiders, but he was excited to visit the Vikings and see how they get it done on the field. “It was a super fun event,” Pedregon said. “Thanks to the NHRA and the Minnesota Vikings for putting it together.”

Pedregon spent his day on the field, up close and personal with the players. The Vikings were holding a joint practice with the San Francisco 49ers at the TCO Performance Center for the fifth year in a row in Eagan, Minnesota.

Pedregon got to meet several Vikings and even exchange drag racing stories. “It was cool to go out there and watch these guys prepare for their season, and to be able to meet their top defensive player, number 99 Danielle Hunter, was super cool,” he said. “I found out he’s an NHRA fan and a racer. I also found out he’s an amateur racer and does some racing on the side.” Plus, Pedregon and Hunter swapped jerseys after the practice.

The Snap-On Tools driver also drew parallels between drag racing and watching the Vikings’ players gear up for their season. “To be able to watch all these athletes prepare for their season is super cool and super fun for me. It pumps me up for our weekend up here at Brainerd,” Pedregon said.

The NHRA Camping World Drag Racing Series is in Brainerd, MN, this weekend (August 18-21) for the Lucas Oil Nationals. The veteran drag racer is sitting seventh in the points after a wild weekend in Topeka, Kansas. He red-lit in round one against John Force in another memorable drag racing moment. Pedregon is still on the hunt for his first win this season and is pushing forward to score one this weekend as he welcomes a new sponsor, Tough Dog Security Systems.