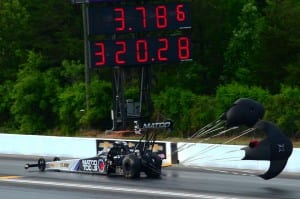 “The one-percent policy was adopted during the early development stages of the timing system and wasn’t as reliable as the technology that we are fortunate to have in race control today,” said Graham Light, NHRA senior vice president of racing operations. “We will still examine every national record run to make sure the incremental numbers support the performance, in addition to inspecting every vehicle for compliance with class requirements.”