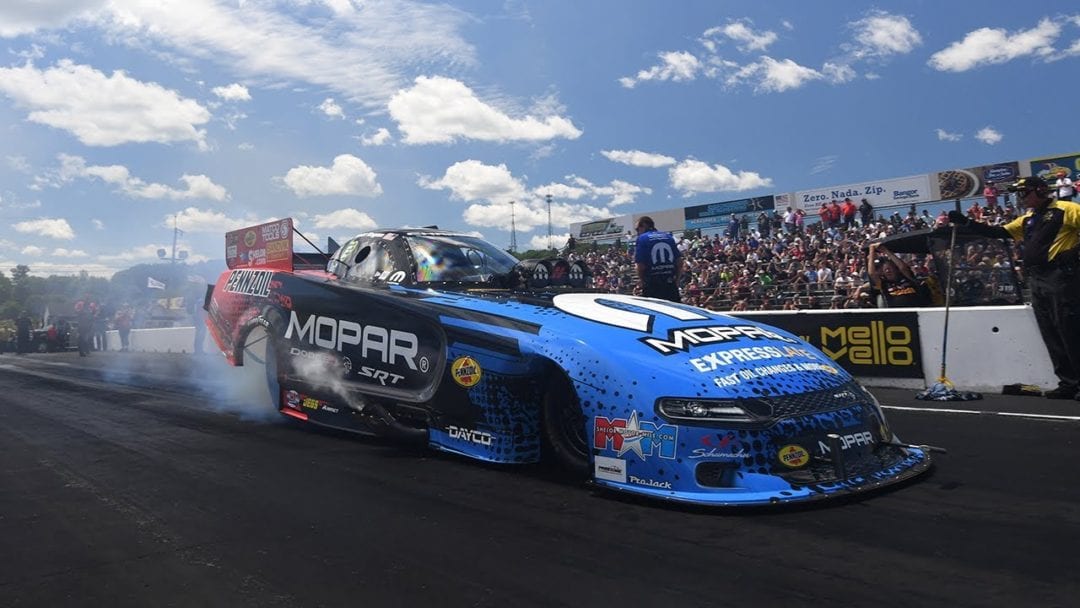 It is the sixth race of the 2021 NHRA Camping World Drag Racing Series season and fans are eagerly anticipating the sights, sounds and thrills of nitro flames and 11,000-horsepower machines. The stop at New England Dragway has drawn massive crowds and a huge fan following over the years, and that will continue for the seventh time at the facility and the first time since 2019.

All the stars in Top Fuel, Funny Car and Pro Stock will be in Epping to try and pick up a victory as the 2021 campaign shifts to the summer months. Steve Torrence (Top Fuel) and Matt Hagan (Funny Car) were winners of the 2019 event, and this year’s race will be televised on FOX, including live finals coverage starting at 1:30 p.m. (ET) on Sunday, June 13.

Steve Torrence has found plenty of success at New England Dragway, winning in both 2019 and 2018. Coming off his third straight world title, Torrence is back in the points lead and has won back-to-back races in 2021 and has advanced to four straight final rounds. Trying to stop Torrence’s latest string of success is a talented Top Fuel field that features previous event winners Antron Brown and Brittany Force, as well as Doug Kalitta, Leah Pruett, Shawn Langdon, Clay Millican, Justin Ashley, Mike Salinas and Billy Torrence.

New England Dragway has become a favorite for defending Funny Car world champion Matt Hagan. The longtime standout has won the past three events in Epping and a fourth straight win would come at the perfect time. Hagan is searching for his first victory of 2021 and he’ll be one of the favorites in Epping based on his recent success. Local fan favorite and points leader Bob Tasca, who has two wins this year, will look to win for the first time at his home track, but he’ll have to get past a loaded Funny Car field that includes Houston winner Robert Hight, John Force, who won in Charlotte, two-time event winner Ron Capps, Gainesville winner J.R. Todd, Alexis Dejoria, Cruz Pedregon and Tim Wilkerson.

It will be the first appearance at New England Dragway since 2018 for the stars in Pro Stock. Chris McGaha won that event and will look to pick up another to jumpstart his 2021 campaign. Other previous winners include points leader Greg Anderson, who won in back-to-back years in 2015 and 2016, and defending world champ Erica Enders. A number of marquee names looking to win in Epping for the first time include rookie Dallas Glenn, who won in Charlotte, Houston winner Matt Hartford, Deric Kramer, Troy Coughlin Jr., Aaron Stanfield, Mason McGaha and Kyle Koretsky.

The race also includes thrilling competition in the NHRA Lucas Oil Drag Racing Series, where future stars of the sport hone their skills. After qualifying, fans can watch the thrilling “Beast from the East” Jet Dragster driven by Ernie Bogue. It marks the first time this dragster has made an appearance at a NHRA event. Jet cars are thrust-driven propelled by jet engines with exciting pre-run flame shows.