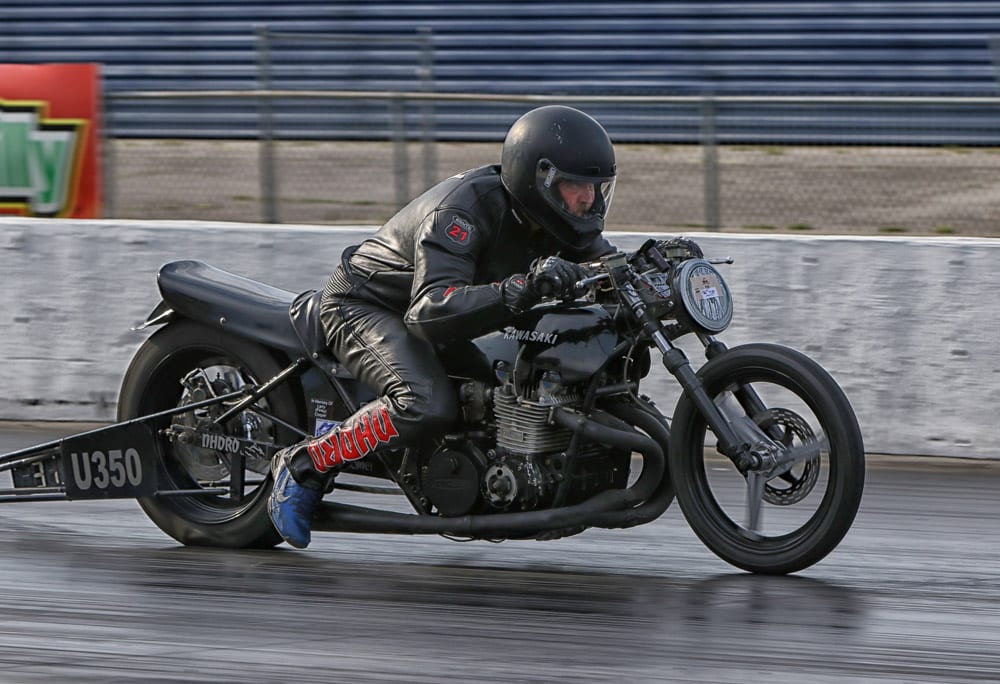 NHDRO’s Florida vacation is now a memory as the Midwest’s largest all-motorcycle drag racing series returns north with the spring sun on May 17-19 to their heartland base at fabled Dragway 41 in Morocco, Indiana.

Will the NHDRO regulars who snowbirded to Gainesville Raceway have a step up on their hunkered down neighbors? Gainesville winners Chad Isley, Steve Klemme, John “Spooky” Markham, Ron “Ju-Jitsu” Arnold, and Dustin Lee sure hope so.

Isley’s Gainesville success will be tough to repeat, as he put both of his entries into Saturday’s MPS Pro ET final. What can the Illinois racer accomplish when he only has to cross one state border this weekend?

Multi-class NHDRO champion Lee won both Kevin Dennis Insurance Street ET races in Gainesville, but doubling up at events is not a rare feat for the Tennessean.

Markham will look to duplicate his M2.Shocks Crazy Comp success and Arnold will be looking for his second straight Penske Racing Shocks Street Fighter win.

Pro Ultra 4.60 racers will unleash their big tire beasts to the eighth mile pole at Morocco, with studs like Jimmy Muntain, Jeff Jones, Dan McCarten and more looking to take their first win of 2019.

VooDoo Grudge will see the Midwest’s nastiest grudge bikes hittin’ it and gettin’ it deep into the night.

NHDRO’s Brian and Niki Welch look forward to seeing their Midwestern family, and maybe some new Florida friends, this weekend in Morocco.