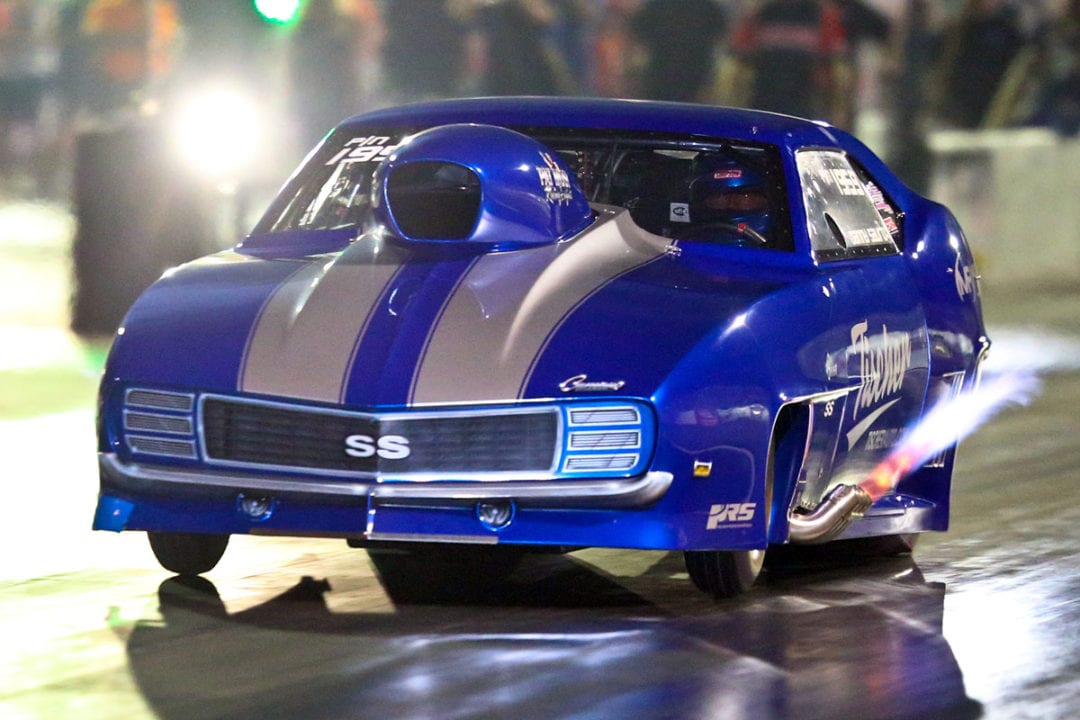 During the PDRA Fall Nationals at Darlington Dragway on October 6, relative newcomer Danny Sauro scored the first win of his career in Switzer Dynamics Pro Nitrous presented by MoTeC, using Musi power to work his way through eliminations before meeting fellow Musi customer and two-time defending champion Tommy Franklin in the final round. Sauro defeated Franklin with a record-setting elapsed time of 3.652 seconds.

“It was a great weekend, and I can’t thank my family and crew enough for all their support,” Sauro said. “I also have to thank the Musi family. They’ve been such a huge help during my time in Pro Nitrous, and they build the best engines in the business.”

Pat Musi also guided his daughter, Lizzy, to the No.1 qualifying position in Pro Nitrous with a 3.677 ET at a record speed of 207.28 MPH in the new “King Kong 7” 2018 Dodge Dart, which is owned by Frank Brandao and backed by Lucas Oil and Edelbrock. 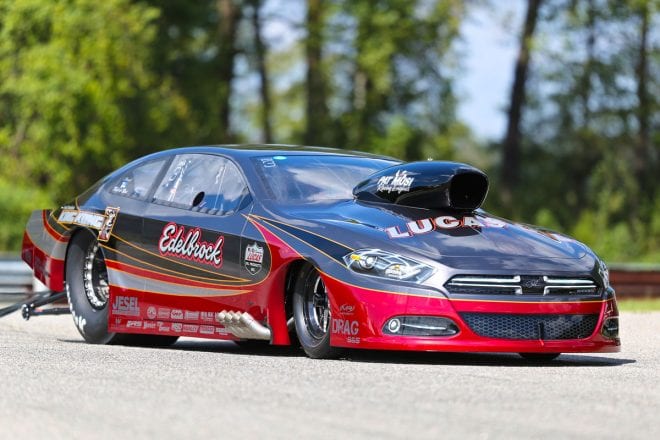 “We’re just getting a handle on the new car, and there’s more in it. We’re gunning for 210 MPH at Virginia,” Pat Musi said, referring to this weekend’s PDRA World Finals at Virginia Motorsports Park near Richmond, VA. Musi-powered cars enter the final race of the season 1, 2, and 3 in the championship points standings, with Lizzy Musi in 3rd while Jason Harris and Tommy Franklin will battle it out to determine the 2018 champion.

There are no off weekends at Pat Musi Racing Engines, as Pat Musi also serves as crew chief for E3 Spark Plugs NHRA Pro Mod frontrunner Chad Green. The NHRA tour rolled into zMAX Dragway near Charlotte, NC, on October 12-14, where the teams were greeted by suddenly cool atmospheric conditions.

Those conditions led to stellar performances across the board, including a new nitrous-assisted ET record for the legendary “Tricky” Rickie Smith. Smith’s Musi-powered 2018 Camaro posted a 5.711-second lap, qualifying him 6th in the quickest field in history. Smith is also second in the championship points standings heading into the final race of the season, the NHRA Toyota Nationals at The Strip at Las Vegas Motor Speedway. He is just 24 points back of leader Mike Janis.

“Overall, it’s been another great year,” said Pat Musi. “We’re guaranteed another championship in PDRA Pro Nitrous, and Rickie is within striking distance of another championship in NHRA. I’m also really proud of what we’ve done with Chad Green, who is 5th in the points. We’ll see how things shake out to end the year, then get to work on 2019.”