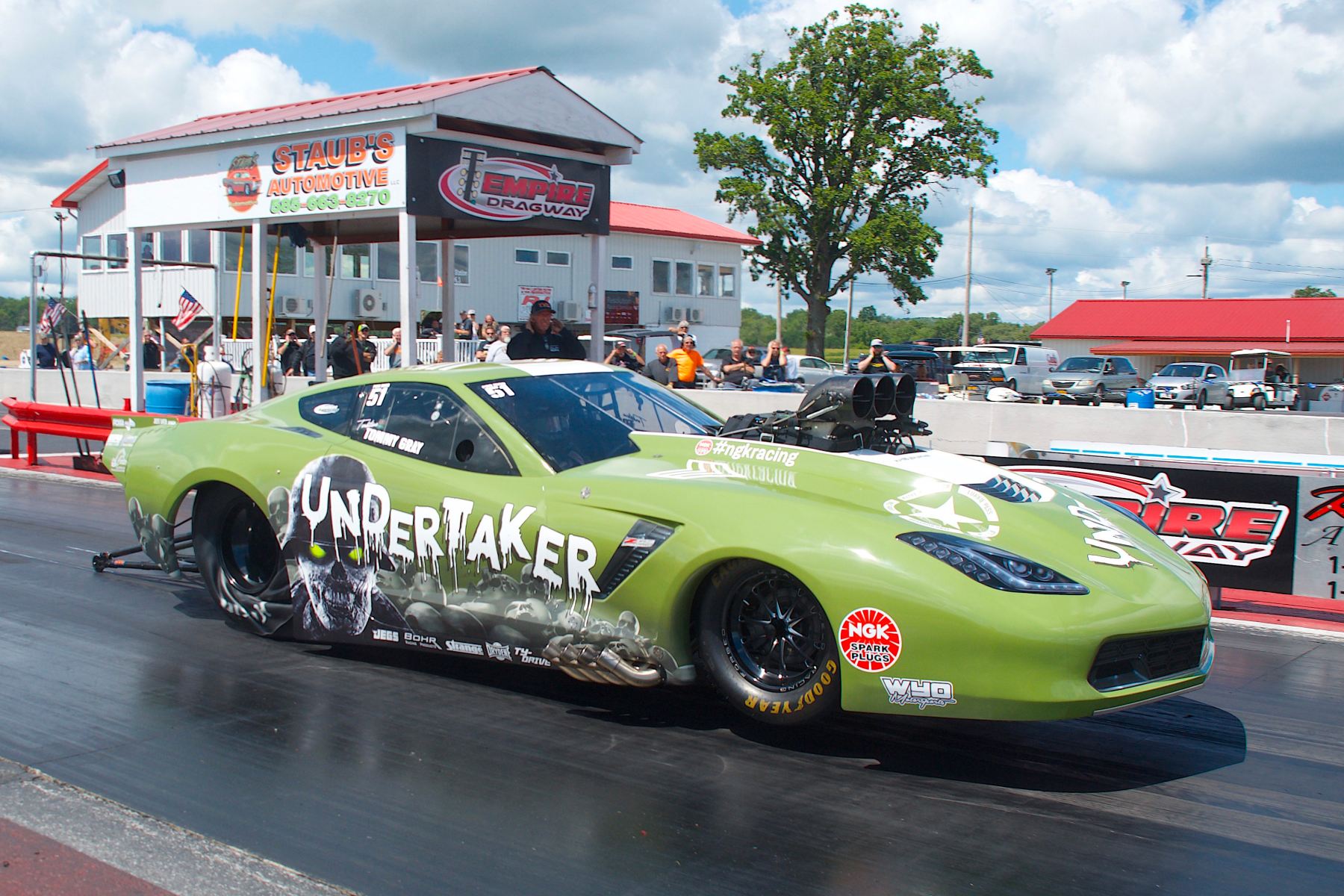 Following a successful first-time appearance at Empire Dragway in July, the Northeast Outlaw Pro Mod Association (NEOPMA) returns to one of its staple tracks, Maryland International Raceway, this weekend for the Pro Challenge. The series is bringing its brand of eighth-mile Pro Modified racing to the event, which is run in conjunction with the IHRA Sportsman Spectacular and the ET Series.

“As always, we’re honored to be invited to put on a show for the Maryland fans,” said John Mazzorana, president and founder, NEOPMA. “We’re expecting 17-18 cars, including some fast guys like Tommy Gray, Fredy Scriba, Tyler Hard, Kevin McCurdy, Steve King and more. MDIR is our home track, and we always enjoy racing there. We encourage the local fans to come out and enjoy some exciting racing.”

Going into the event, Maryland’s own Mike Decker Jr. is the current points leader in his screw-blown Decker’s Salvage Camaro. Fredy Scriba is second in his nitrous-fed “Sorcerer” ’69 Camaro, followed by Ken Quartuccio and the ProCharger-boosted “Serial Killer” ’69 Camaro. Mike Achenbach, who recently won the PDRA P2 Contracting Northern Nationals presented by P2 Racing in Pro Nitrous trim, is fourth in points with his nitrous-assisted “Deep Purple” ’69 Camaro. Past NEOPMA champion Steve King rounds out the top 5 in the screw-blown King/Miller/Pilot ’20 Corvette.

“Right now, the points and the competition in general are pretty close,” Mazzorana said. “Missing a race or losing in the first round could cost a driver a couple spots. Conversely, someone could have a big weekend, win the race and jump up a few spots. It should make things interesting as we head into the second half of the season. Plus, all the power adder combinations are competitive and anyone can win on Sunday.”

NEOPMA teams will have the opportunity to take part in the track’s Friday test session from 5-10 p.m. Qualifying sessions will follow on Saturday at 12, 4 and 8 p.m. Eliminations will begin at noon on Sunday, with the final round scheduled for 5:30 p.m.