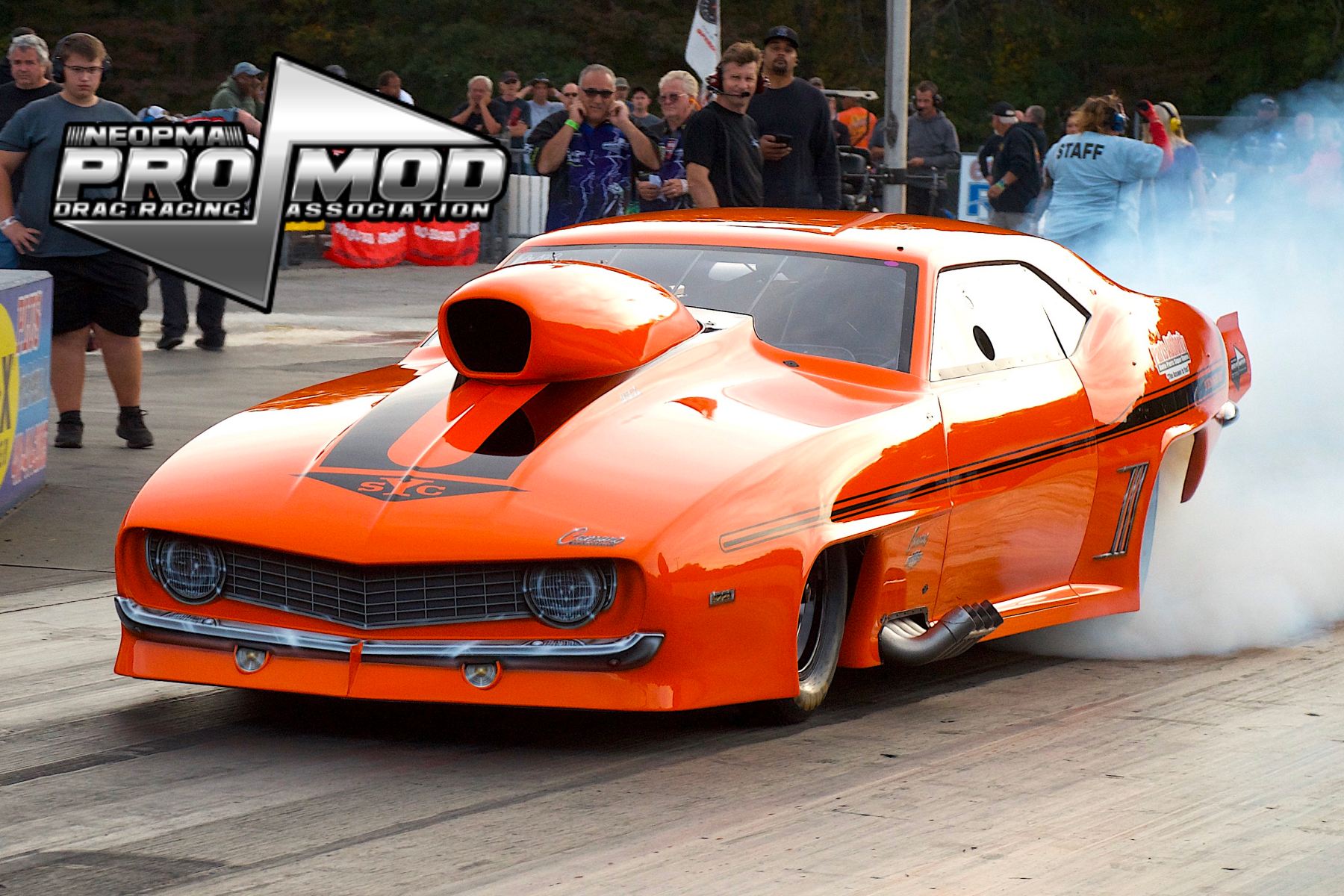 “We’re excited to venture this far north and expect to have one of the best Pro Mod events in Empire’s history,” said John Mazzorana, founder and president, NEOPMA. “We hope to have more than enough cars to complete a 16-car field, as well as a consolation race for an additional eight cars.”

Since its first season in 1992, NEOPMA has grown and evolved to match the interests of its racers and fans. The group switched to eighth-mile competition in 2020 after more than 25 years as the longest continually operating quarter-mile Pro Mod organization in the country. The switch has proven successful, with 20-plus cars showing up to race for a spot in the 16-car fields.

It took a 3.699-second pass to qualify at the NEOPMA’s most recent meeting during the Yellowbullet.com Nationals at Cecil County Dragway in mid-June. The top 3 qualifiers all dipped into the 3.50s, and Mazzorana believes similar performances can be expected at Empire.

“Due to this outstanding performance, we expect many of the same cars at the Empire race,” Mazzorana said. “We also hope some of the local Pro Mod racers join us for this fast, fun event.”

When Mazzorana was looking for a new track to add to the 2021 NEOPMA schedule, he found the ideal candidate in Empire Dragway. The facility has received a number of upgrades over the last few years, and as a quarter-mile track, it has plenty of shutdown area for the group’s record-setting Pro Mods. Plus, the track came highly recommended by local drivers and tuners, including multi-time Pro Modified world champion Mike Janis.

“I believe that Empire is as good as any NHRA national event track I have ever raced,” said Janis, who also builds engines and superchargers for a number of NEOPMA teams. “I test there a lot and can attest that this is one of the finest tracks with a smooth surface, super track prep, clean, comfortable parking and great hospitality.”

The NEOPMA rules package allows for a wide variety of power adders and engine combinations, with nitrous, turbochargers, screw blowers, roots blowers, and ProChargers all running competitively in the series.

Empire Dragway will host a prerace test session for NEOPMA competitors on Thursday, July 29, with additional testing following on Friday. Qualifying will kick off on Friday night. The second and third qualifying sessions will be contested on Saturday, followed by eliminations Saturday night.

Drivers interested in participating in the Northeast Outlaw Pro Mod Challenge can contact Mazzorana by calling 516-857-3120 or sending an email to [email protected].