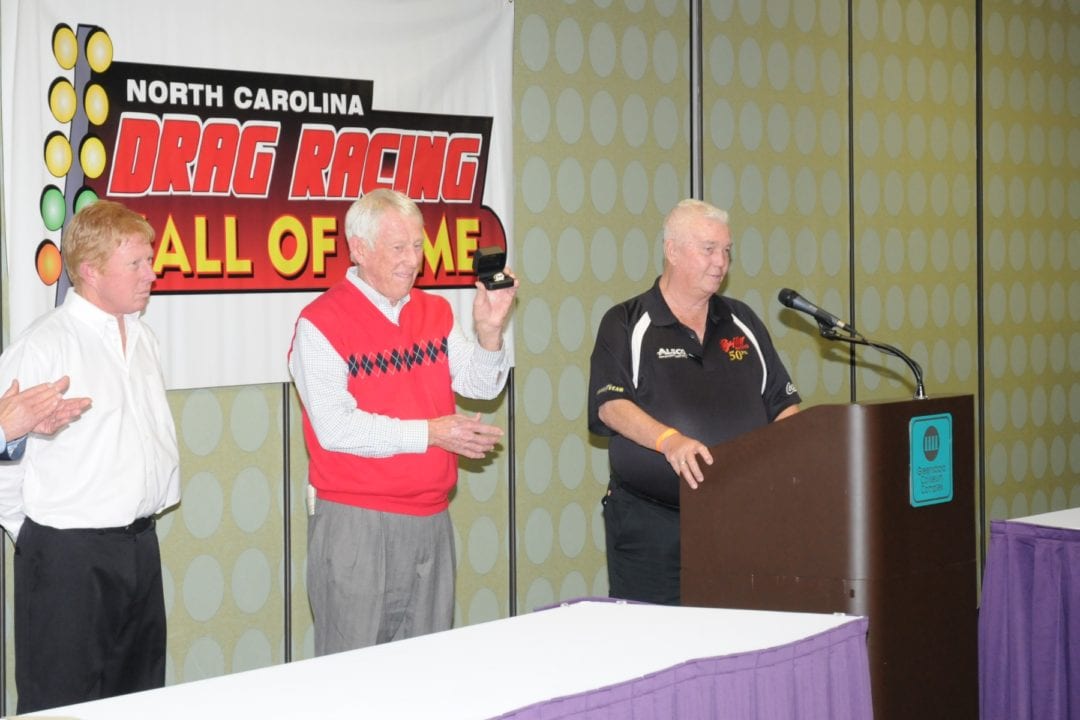 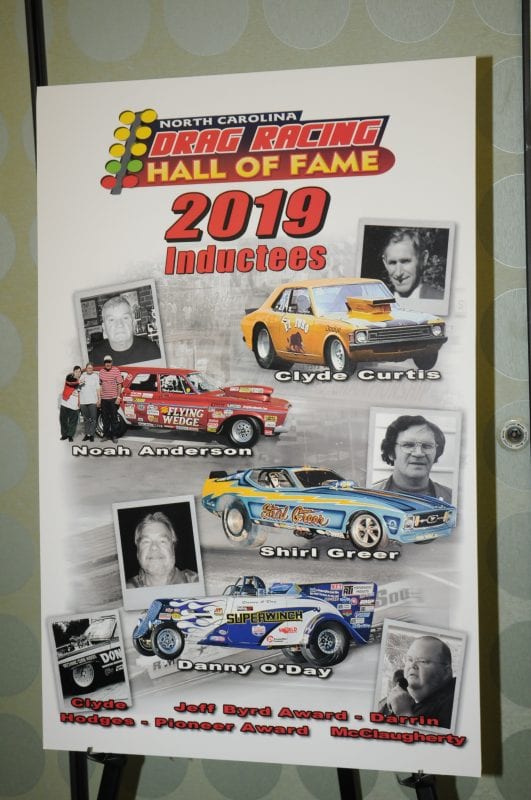 A very special award was bestowed upon Jim Turner by everyone’s favorite uncle, “Uncle” Roy Hill, recognizing the 30-year anniversary of the beginning of the Roy Hill School of Drag Racing. Turner was instrumental in helping Hill achieve what was only a dream at that time. Bruce Hayes, of Hayes Jewelers, designed a very special ring that was presented to a very surprised Turner. Congratulations and well deserved, Jim.

The weekend has been the brain child of Turner and his family, and has benefited the Shriners’ Hospital, for which over $120,000 has been raised. The event holds the distinction of being the only charity event held at the very popular Greensboro Coliseum each year during the month of February. The expo gives all of us a way to escape the North Carolina winter, reminding us that the new racing season is upon us. 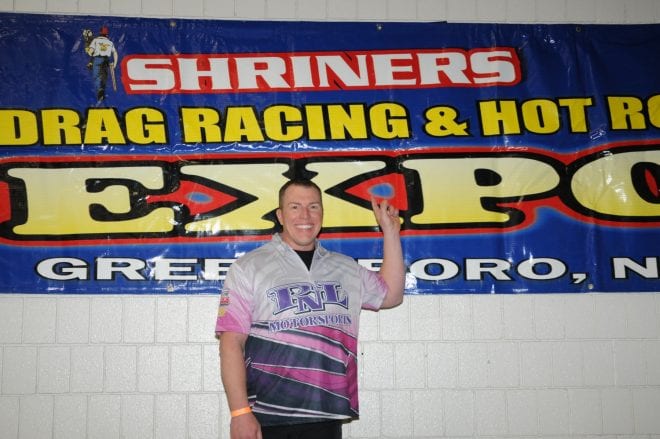 As an added bonus, the crowd was treated with the remarkable story of Jamie Fowler’s stay in the Shriners’ Hospital, due to Polio, when he was 13 and kept him there until he was 15. Supposedly confined to crutches, which he does not use, Fowler now competes in the very competitive Top Sportsman class in PDRA, in a car built by Tommy Mauney with power from Gene Fulton. Fowler also intends to run the Big Dog Shootout at Piedmont Dragway with help from a new sponsor that will be unveiled during the Mad Mule weekend at GALOT Motorsports Park. If you have not heard the inspirational story of this young man, come visit him at a local track near you. You will not believe the courage and outlook possessed by this competitor. Also look for Jamie’s story in the Drag Illustrated issue with Pat Musi on the cover. Nate Van Wagnen did an excellent job, as usual, presenting a very informative and inspirational story.

Shriners officials say this was the biggest crowd in the history of the event and look to grow the weekend experience for many years to come. Please thank Jim Turner and all his family if you see them at the racetrack for all the work they put into the event, helping the Hall of Fame continue on.