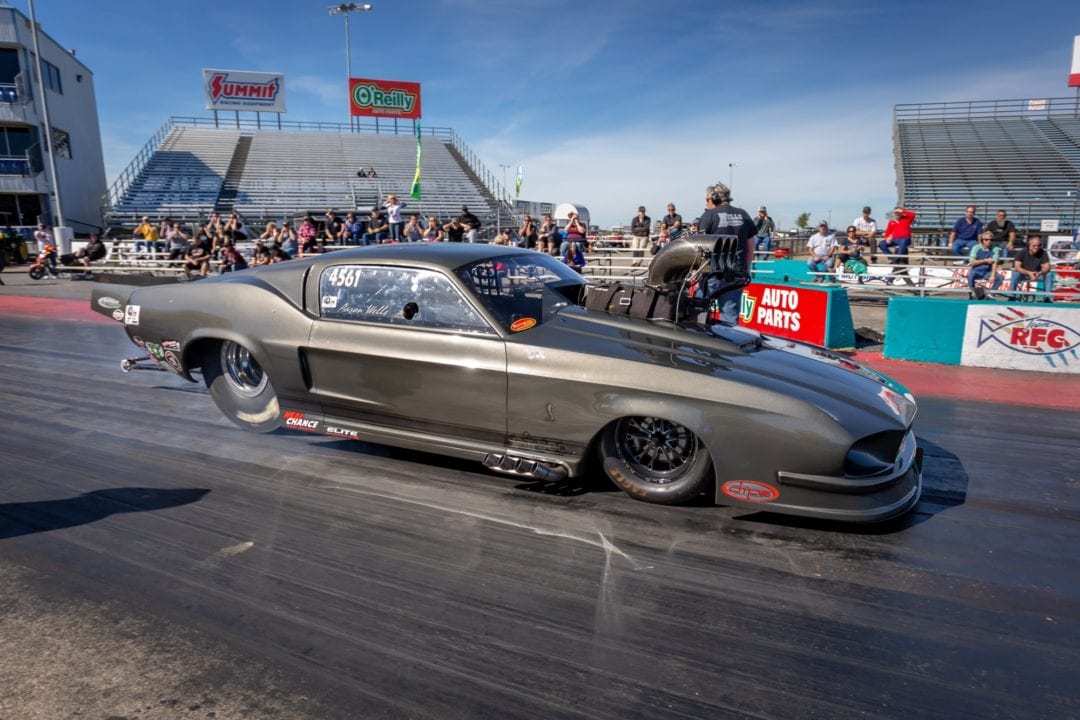 “We were actually scheduled to open our season last year at the brand-new Xtreme Raceway Park before unavoidable construction delays got in the way,” MWPMS owner and promoter Keith Haney explained.

“A few of our teams have tested there since, but for most this will be their first XRP experience. And they’re in for a treat because from their concession stands, to the tower, to the staging lanes, to the super-smooth, all-concrete surface, plenty of shutdown room, to TVs all over the place so you can keep up on the race or whatever other sports are on, it’s really a phenomenal place,” he continued. “Gaylen (Smith, track manager), and Clyde (Scott, owner), they’ve really spent a lot of money to create what I believe is the finest eighth-mile drag racing facility in the country.”

Oklahoma’s Aaron Wells, winner of the most recent MWPMS event at Tulsa in May, currently leads the premier Pro Mod class with his supercharged ’68 Mustang, followed by Texas native Justin Jones in a blown C7 Corvette and Missouri-based Jim Sackuvich in a nitrous-equipped ’69 Camaro. Haney, who also competes in Pro Mod with his own nitrous-fed 2016 Camaro, sits fourth, with Jones’ father, Jeff, rounding out the top five in a similar supercharged Corvette. Significantly, non-qualifiers for the 16-car Pro Mod field will still get to enter eliminations in the unique MWPMS Slammers class.

“You know, rolling into this event no one knows what combo is likely to win because you have two screw ‘chargers at the top, you have two nitrous cars in third and fourth, and then you have another screw in fifth. A couple of turbo entries have just started to run with us and we’re expecting some ProCharger cars soon, too, so it’s really up in the air, anybody’s game,” Haney said.

“And we have a great rules board–that I’m not a part of, let me make that clear–but it includes somebody representing every combination, as well as some outside sources. Anyway, the board decided during the break to move some weight around on all the combinations, just to make sure the kind of parity the Mid-West Series is known for continues. So this will be our first race after a mid-season rule change making it extra interesting to see how it works out. The main thing is, it’s exciting to see that the Mid-West Pro Series continues to adapt and grow.” 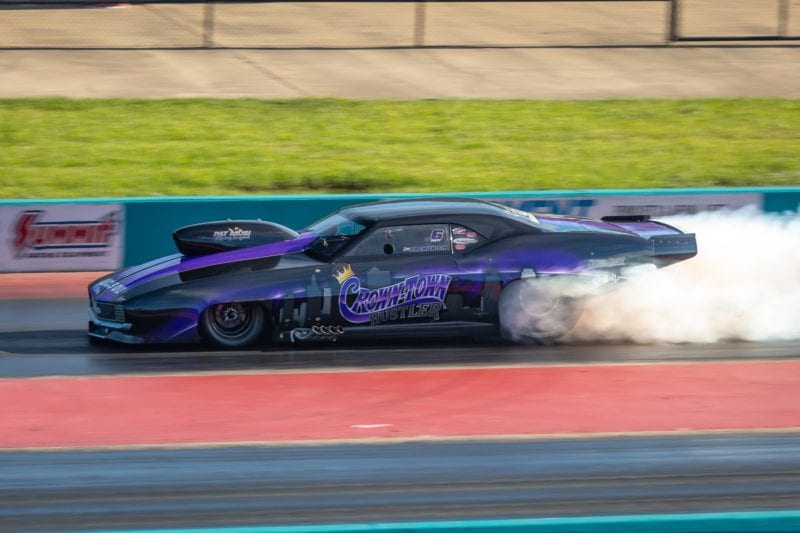 The XRP event also will include X275 Drag Radial, featuring points leader John Heard, closely followed by Kenny Hubbard and Stephen Plunkett, while strong fields of 6.0 and 7.0 index cars are expected to fill the Xtreme Raceway pits. Additionally, for the first time ever at Xtreme Raceway Park, MWPMS is bringing in Top Sportsman and Top Dragster, the quickest and fastest bracket racing classes in the world.

“We’re pretty excited, too, about the fact that Fletcher Cox, who was recently voted fourth-best player in the entire NFL, will be there with his Mustang in X275, driven and raced by Shawn Ayers, who’s always a big threat to win,” Haney said. “Competition in all classes is going to be fierce.”

To help fans and racers combat the July heat in Texas, Haney announced the Mid-West Series has moved its schedule around to make things more comfortable, too.

“We’ll be running three rounds of qualifying on Friday night, starting at 7 p.m., 8:30 and 10 p.m. for the pros, and everything else will run right along with them. Then Saturday, we won’t run until 6 p.m. when we’ll have one last round of qualifying for everybody before going straight into eliminations,” he said. “After talking with Galen and Clyde, we all think that should make it a lot easier on everyone.”

Just a 30-minute drive from Summit Racing Equipment’s newest and largest retail store and distribution center in Arlington, TX, Haney said he’s eager to show off the Mid-West Pro Mod Series and its racers for the first time at Xtreme Raceway Park.

“We’d be nothing without each and every one of our great marketing partners that have believed in us for three years in a row now,” he said. “Without them we clearly wouldn’t be where we’re at right now. And what better place to race in Texas but right outside Summit Racing Equipment’s huge place there in Arlington?”

Following the conclusion of this year’s Mid-West Pro Mod Series championship run in October back at Osage Casino Tulsa Raceway Park, the MWPMS Elite 16, a special non-points, all-star event, will cap off the 2019 MWPMS schedule at the Texas Motorplex, also near Dallas.