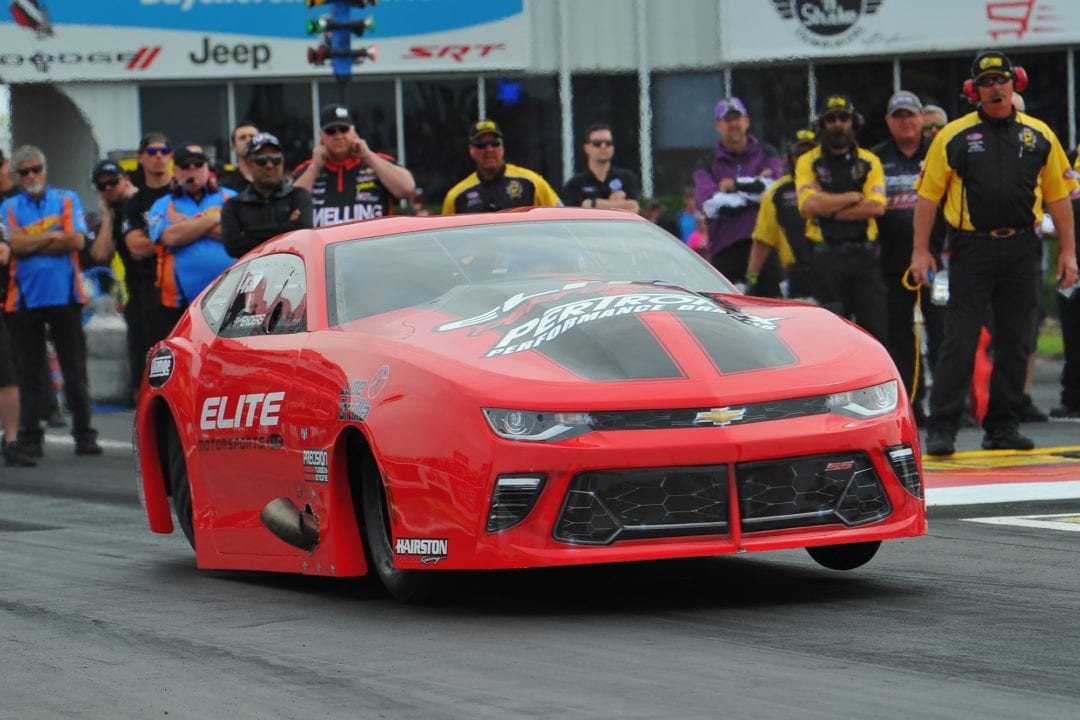 The Mid-West Pro Mod Series (MWPMS) is proud to announce the ELITE 16 presented by Elite Motorsports, LLC. This premiere $50,000 winner-take-all purse will be held at the famed Texas Motorplex in Ennis, Texas November 1-3, 2018.

“This is a different deal for me,” said Richard Freeman, Elite Motorsports founder and owner. “We have a lot of great customers and supporters in this region and I really wanted to give back and be involved in something like this. It’s a $50,000-to-win race, so that in itself brings excitement. Whether you’re a racer or fan, this is going to be something to see.”

Entry into the Elite 16 aims to give back to the racers who’ve invested their time into racing with the MWPMS this year.

“We wanted to give the guys who’ve travelled and supported the Mid-West Pro Mod Series a bonus and that is in the form of a reduced entry into the Elite 16,” Haney said. “If a racer has competed in four or more MWPMS events in 2018, their entry will be $1,500. For all those guys (and gals) wanting to be a part of this huge payday and have competed in three or fewer MWPMS events or none at all, the entry is $2,500. This means that the Elite 16 is truly an open invitation to everyone”

Jerry Bickel Race Cars gives a second chance to drivers outside the Elite 16 a chance to compete. The competitors qualified 17th and back will battle for a large $15,000 Second Chance purse.

Texas Motorplex was the chosen location for the event as they reached out to us first and were overjoyed about hosting the event. This allows racers and fans plenty of room to stretch out over the three days, as well as its proximity to Dallas airports.

Top Sportsman presented by Summit Racing Equipment will also have the opportunity to step into the spotlight. Top Sportsman will be a 32-car field battling for a $5,500 payday. Runner-up will pay $2,500, while semis will take $1,000, and $500 for quarterfinals. The racers were given the option of a top-heavy purse or spread out and this is the decision that was determined.

“We are happy to have Summit Racing Equipment support this end-of-the-season battle for the Top Sportsman guys,” Haney added.”Summit has supported my competition in three NHRA Pro Mod events this season, and I greatly value our partnership.”

Pro Mod and Top Sportsman are the only classes held at this event, allowing for specific track prep to showcase these big-tire beasts.

“MWPMS partnered with Tyler Crossnoe’s Outlaw Street Car Reunion in Bowling Green in April and Tyler was a natural choice to bring in to prep the track at the beautiful Texas Motorplex geared solely for these slick tire racers,” Haney said.

Haney has upped the ante at the end of the year even as the regular Frankenstein Engine Dynamics Mid-West Pro Mod Series points champion will be crowned in October in Tulsa. “We wanted to give these racers the place to come from all over the United States to battle it out for one $50,000 purse to the winner, the largest eighth-mile purse, as Wes Buck’s World Series of Pro Mod $100,000 purse is invitation-only and contested to the quarter mile,” Haney stated.

The Elite 16 will begin with two rounds of qualifying Thursday, November 1, in the evening. Friday will showcase six additional rounds of qualifying. Eliminations will be Saturday morning around 10 a.m. While not everyone will be able to come to Ennis, Bangshift.com, who has been with MWPMS since the beginning, will be providing the live feed free of charge. Spectators will be limited as well to only 500 purchased in advance via a link on the MWPMS Facebook page and MidWestProModSeries.com.

Several other big announcements will follow in the next few weeks.