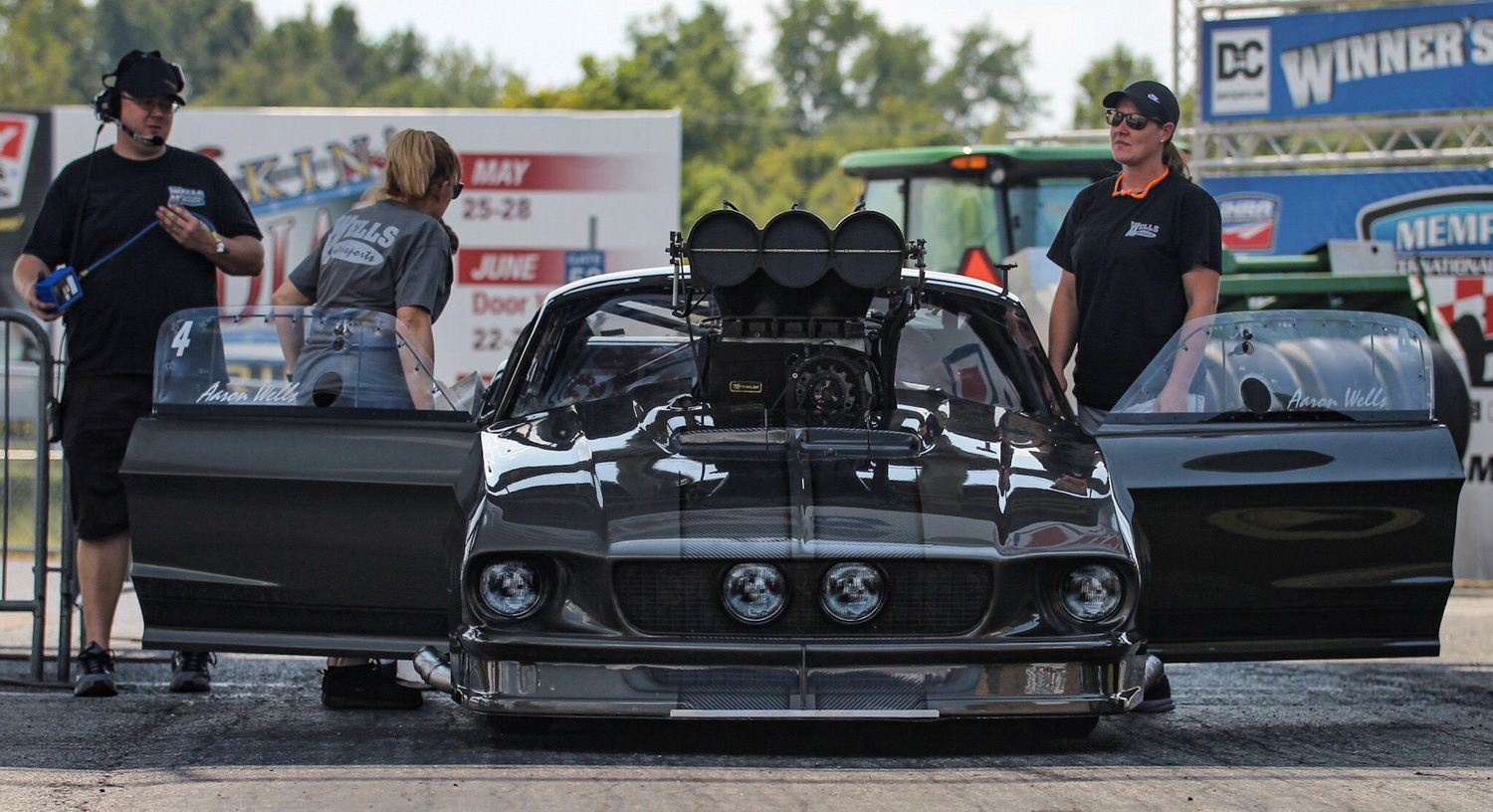 “Oh my goodness, this is gonna’ be big. I can’t say enough about how much we’re all looking forward to this,” states Haney, who not only competes in the Mid-West Series, but owns and promotes it, too. “First of all I want to thank NHRA for allowing us to do this, to run the first-ever, eighth-mile race for a Wally at one of their national events. It’s just so cool.

“And NHRA, we can’t thank them enough for allowing us to have 22 cars. It started out as 16 and then 20 and we got to 22 overall,” he continues. “And we’re going to do this special photo shoot before we start qualifying on Thursday by driving over to the big Summit Racing store and distribution facility in Arlington (TX), where we’re going to have all 22 drivers in their race suits with their helmets by their side and take a great photo for our major series sponsor. You know, give back to them because they give back so much to us.

“But I also want to thank Jack French at Atomizer Racing Injectors for stepping up as our presenting sponsor to help make this a reality, as well as Summit Racing, Jerry Bickel Race Cars, Stroud Safety and Imperial Construction. We couldn’t make this happen without any of them.” 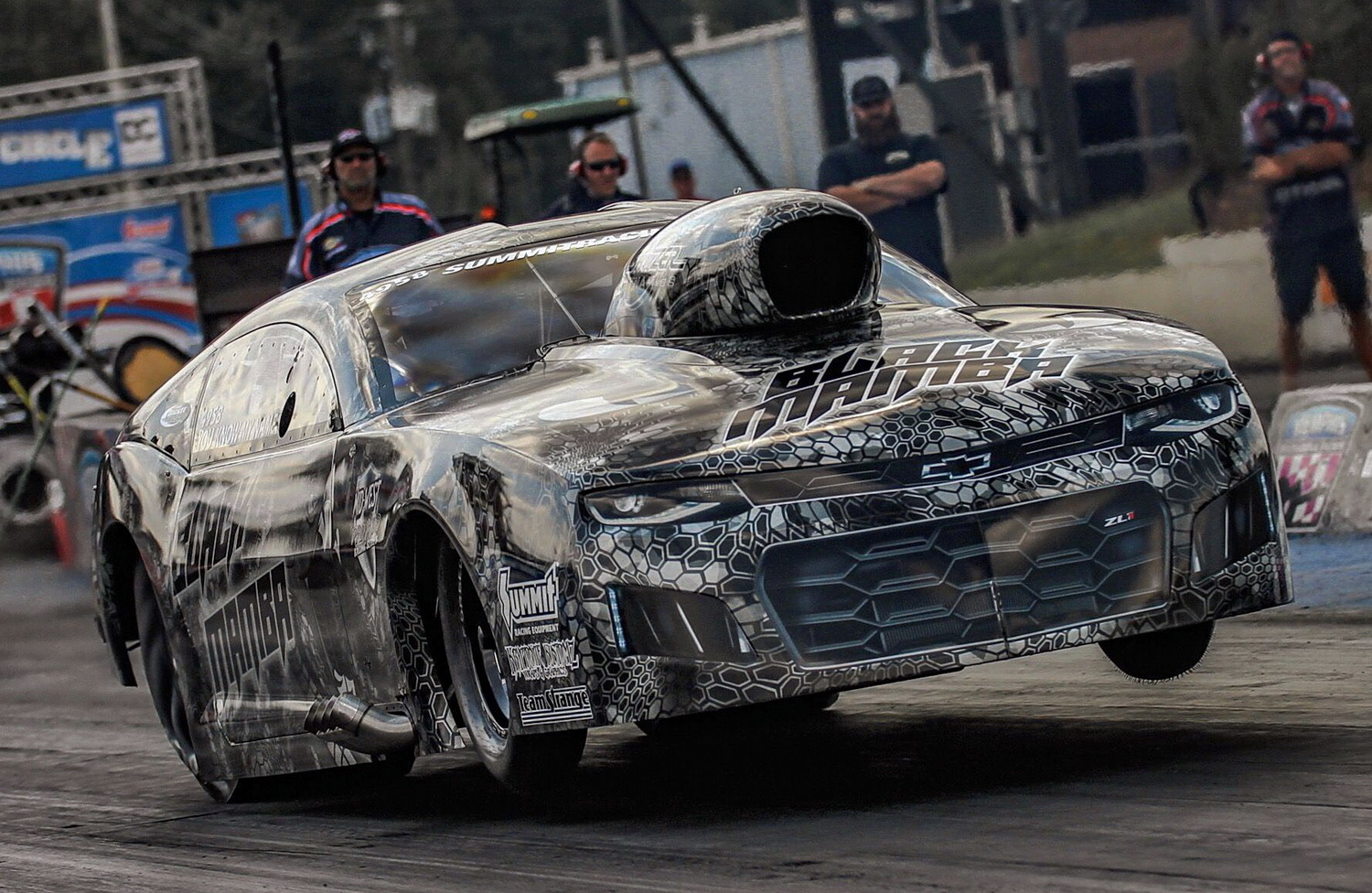 The Mid-West Pro Mod Series features all types of engine power boosters, including screw-type superchargers, centrifugal superchargers, turbochargers and nitrous-oxide injection, with all competing side-by side in a wild, 3.6-second, 210-plus mph show.

“You know, the NHRA crowd at Dallas has never seen anything like the Mid-West Series during the FallNationals before and I know they’re going to be thrilled and impressed by the show we put on,” Haney says. “And I invite every one of them to come by our pits over the weekend and say hi and see what a great group of guys we have racing with us in the Mid-West Pro Mod Series.”

Haney and his new, Bickel-built, nitrous-boosted “Black Mamba” 2019 Camaro, along with teammate Jim Sakuvich in his own new, Bickel nitrous ’69 Camaro, will be joined by 20 more invited racers vying for a spot in the 16-car MWPMS qualified field. Invitees include newly crowned series champion Aaron Wells with his screw-blown ’67 Shelby Mustang; Adam Flamholc, winner of the most recent MWPMS event with his supercharged ’63 Corvette last week in Tulsa; championship runner-up Justin Jones, plus his father Jeff Jones in a pair of blown C7 Corvettes; and Todd Martin, Haney’s partner in owning Osage Casino Tulsa Raceway Park, with his supercharged ’68 Mustang.

“We actually raced at the Motorplex last year and again this March to open our 2019 season, so our racers are familiar with the track and the facility, but most of them have never raced in an NHRA national event before,” Haney points out. “So I’m absolutely thrilled that we were able to work with the people at NHRA and the track to provide them with this experience. And to race for an NHRA Wally, what could be better than that?”

After a semi-finals finish in Tulsa that capped off his first MWPMS championship, Wells is looking to go that extra round in Dallas to take the trophy home to Oklahoma City.

“You know, I joke that I have to win that Wally just to keep up with my son, Tyler. He’s 10 years old and he’s already got a couple of them in Jr. Dragster, so I need to catch up,” he jokes. “But seriously, what Keith has put together here is unreal. I never thought I’d see the day we’d be racing our Pro Mods at an NHRA event, and you know–and I hope this isn’t necessarily true–but this could be a once-in-a-lifetime opportunity and the chance of winning a Wally just sweetens the deal.”

Meanwhile, like Haney, who entered three NHRA quarter-mile Pro Mod races in 2018, Flamholc has some limited NHRA experience on his side after entering NHRA Pro Mod events at Gainesville, FL., Charlotte and Atlanta early this year. He then flew home to his native Sweden to work with SMP Racing RDRC over the summer on the European drag racing circuit. His first race back was the Tulsa MWPMS event, so Flamholc hopes to keep his perfect winning percentage intact in Texas with his 5 Day Plantation Shutters and Blinds-backed Corvette. 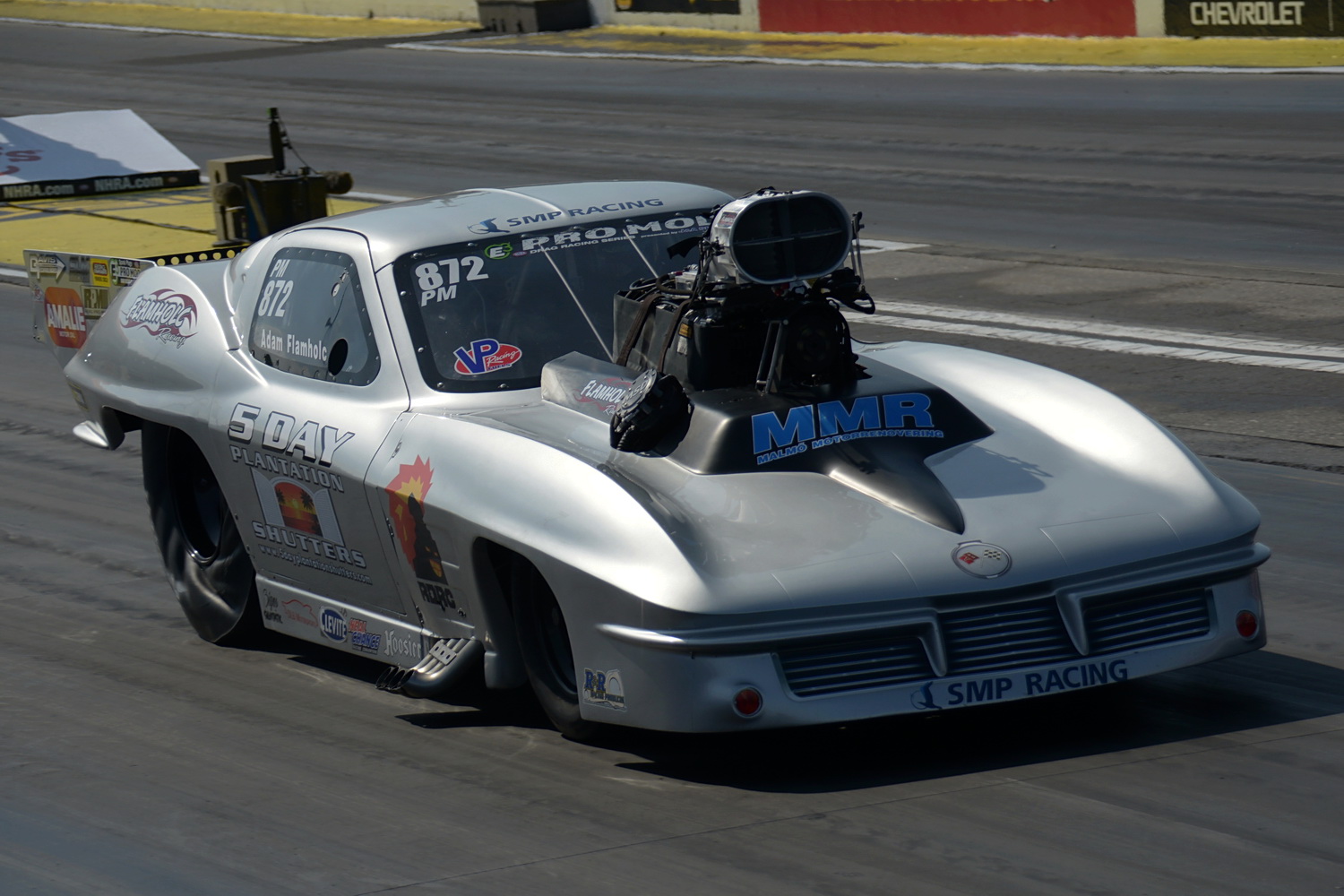 “Personally I’m going to do my best to try and double up and hopefully my experience from NHRA will give me an advantage,” Flamholc says. “But you know, it’s great to be a part of NHRA history making and I want to thank Keith for all the work he’s done to make it all happen. And if we as a group put on a good show, maybe this will open some doors in the future and we’ll see more of this kind of thing.”

The planned schedule for the MWPMS at the AAA Texas NHRA FallNationals calls for completing two rounds of qualifying on Thursday (Oct. 17), with an additional round of qualifying on each of the next two days, followed by two elimination rounds also on Saturday. MWPMS semi-finals and the final round will be contested in front of the NHRA raceday crowd on Sunday (Oct. 20), with the standard MWPMS purse and a coveted NHRA “Wally” trophy on the line. 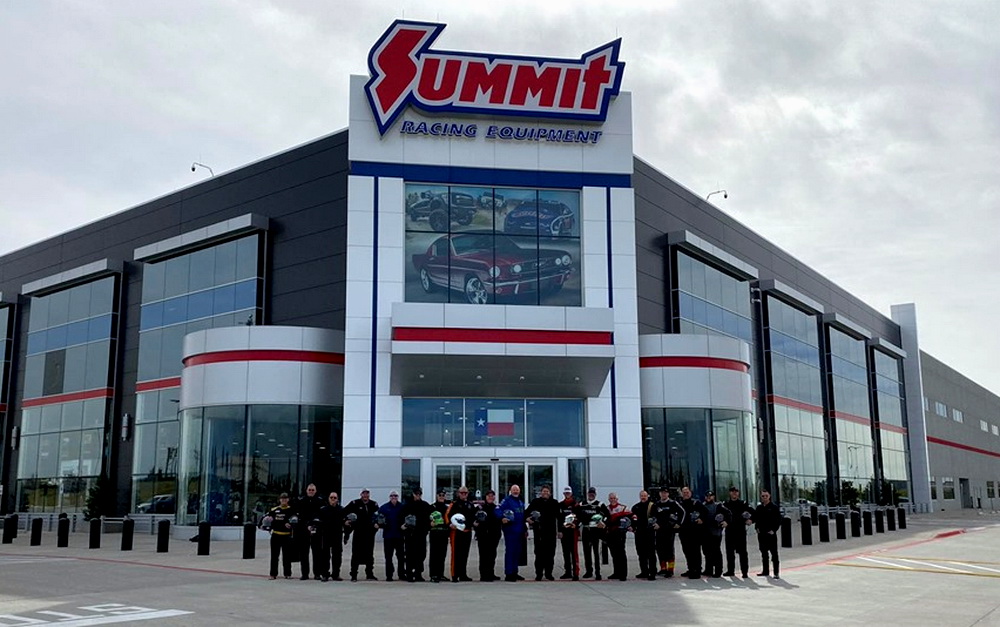