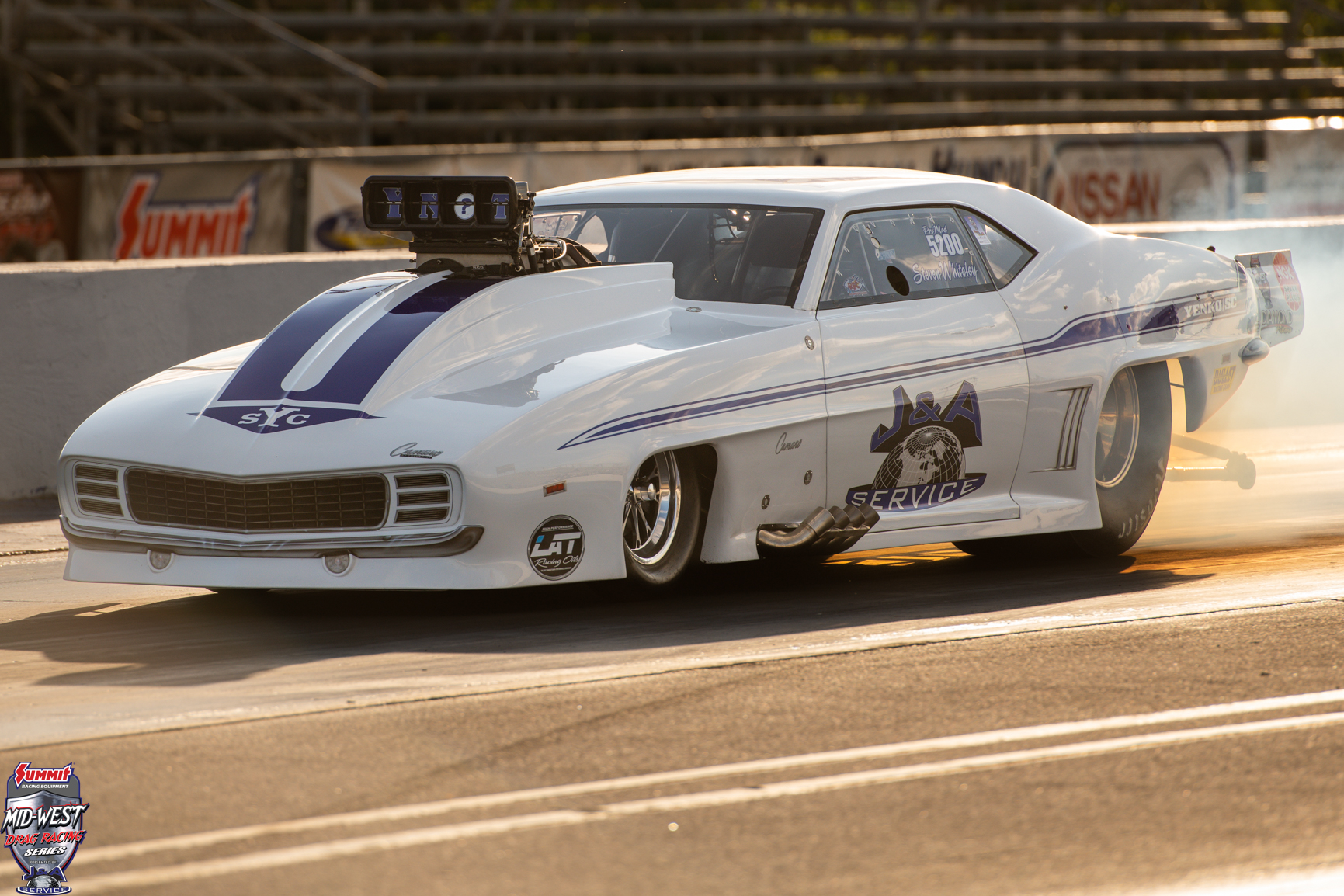 The stars of the Summit Racing Equipment Mid-West Drag Racing Series (MWDRS) presented by J&A Service will hit the track one last time in 2022 this weekend to decide the series champions at the Xtreme Texas World Finals, Oct. 21-22, at Xtreme Raceway Park in Ferris, Texas.

“We’re excited about going back to Texas for the World Finals,” said Keith Haney, founder and owner, MWDRS. “Gaylen and Celeste Smith and Clyde and Amanda Scott and their whole staff there are just absolutely awesome to work with. The racetrack is always on point. Gaylen does a great job with track prep. Everybody goes fast there. We’re excited about bringing the year to a close and getting prepared for 2023.”

“Dustin and his team worked hard and made good, consistent passes down the racetrack,” said Haney, who also competes in Pro Mod. “They had a few lucky rounds, but most of their rounds they had to work for. I congratulate him. But right below him, anybody down to the sixth spot can take the second spot if they win. Number one is gone, but the 2-5 positions aren’t determined.”

Alexis Kesterson is the points leader in B&C Trailers Pro Jr. Dragster by almost four rounds. She holds the lead over Brody Zimmerman and Jonathan McClain, who are separated by just five points. All three drivers have reached the winner’s circle this season.

Tyler Wells picked up the Zimmerman Properties Sportsman Jr. Dragster win at the recent MWDRS Great Bend Nationals makeup race, solidifying his place atop the points standings. He clinched the championship with a total of three wins this season.

A special big-money grudge race will also take place over the weekend, with Pro Mod driver Steven Whiteley taking on his aunt, defending Top Dragster champion Anita Strasburg. There’s $50,000 on the line for the winner of the battle between the YNot Racing drivers.

“Steven has one of the quickest cars in Pro Mod, then Anita’s car always qualifies at the top in Top Dragster – and she’s holding back,” Haney said. “They’re finally going to settle who’s fastest, that’s for sure. My money’s on Steven.”

One of the series’ coverage partners, MAVTV, will be on site to capture all the action for the MAVTV television coverage. That’s in addition to the MAVTV on FloRacing livestream that’s available for every MWDRS race, as well as the MWDRS YouTube channel, which provided the livestream of the Great Bend makeup race at Tulsa.

“We’re really excited to have MAVTV back at the track filming for the TV show,” Haney said. “They’re getting everything for the year-end recap, doing pit interviews and top-end interviews. It’s a big deal for all of our racers and our marketing partners, as well as our fans watching from home.”

Qualifying begins Friday with sessions at 5 and 8 p.m. Jr. Dragster final qualifying is set for Saturday at 10 a.m., with final qualifying for the other classes starting at 11 a.m. Opening ceremonies will begin at 3:45 with eliminations to follow.

Fans can watch the race on MAVTV on FloRacing at www.FloRacing.com.