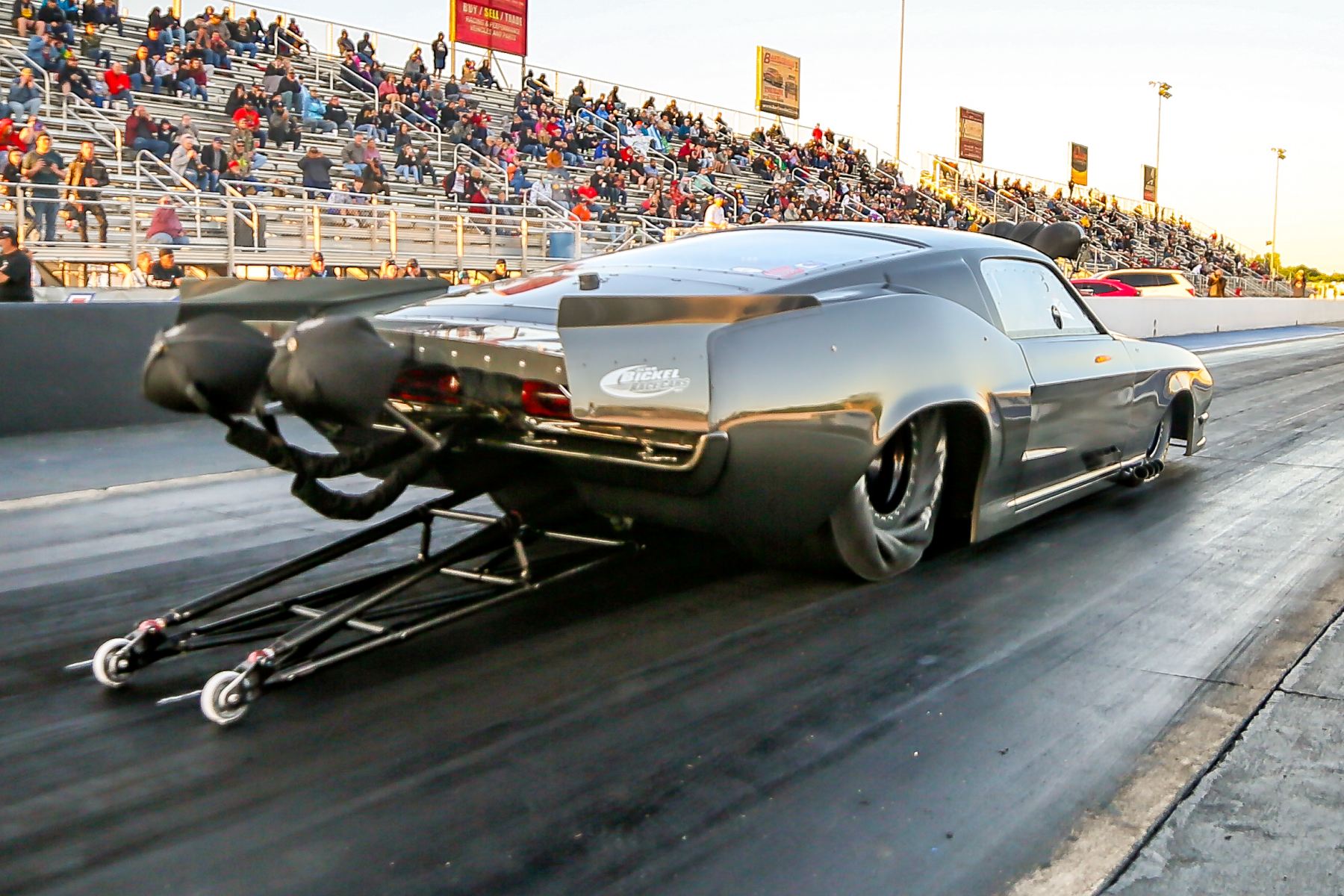 The 29th running of the Osage Casino Hotel Throwdown in T-Town, featuring the stars and cars of the Summit Racing Mid-West Drag Racing Series (MWDRS) presented by J&A Service, goes down this weekend, May 7-8, at Osage Casino Hotel Tulsa Raceway Park. Spectator entrance to the Throwdown is free, with parking starting at just $20 per vehicle on race day, regardless of how many fans each carries.

The stars of the MWDRS show are the wild and unpredictable Pro Mods, showcasing supercharged, turbocharged, and nitrous-injected engine combinations going head-to-head at well over 200 miles an hour over an eighth-mile course. Co-headlining will be supercharged Top Alcohol Funny Cars among several support classes including Jr. Dragsters driven by kids 8-17 years old, plus exhibition vehicles led by an outrageous, nitro-fueled Studebaker and a wheelstanding PT Cruiser!

“This is going to be the show to end all shows,” promises Tulsa Raceway Park co-owner Keith Haney, who also campaigns and drives the “Black Mamba,” his own nitrous-breathing Camaro in the MWDRS Pro Mod wars.

“We’ve been doing the Throwdown twice a year for a long time now and it just keeps getting better,” he continues. “The action on the track speaks for itself, but we also have bouncy houses for the kids, two-seater dragster rides, great food and drinks for sale, everything you need for a family or friends to get together and enjoy a great day at the track.”

Meanwhile, Todd Martin, who co-owns the track with Haney and also races in the MWDRS with his supercharged “Lethal Threat” Pro Mod Mustang, will entertain and inform the crowd during any lulls in the action for track prep.

“Todd is great at making sure everyone knows what’s going on,” Haney stresses. “Unlike a lot of other places where their downtime is just downtime, Todd takes that opportunity to educate and entertain–and he’ll probably throw in a few giveaways and discounts on food or merchandise along the way, too.”

MAV-TV will be on hand also, shooting the Throwdown in T-Town from up to 20 different angles for live streaming with top-end and pit-side racer interviews with show hosts Jack Beckman and Dave Rieff. Additionally, video shot during the Throwdown will be edited together as part of a six-part, behind-the-scenes, action-oriented series highlighting MWDRS competitors to be broadcast early this fall on the MAV-TV network channel.

“You know, we’ve all been cooped up for a long time this past year or so and thankfully we’re again able to get out, get together and have a good time, and what better way to do that than to Throwdown?” Haney suggests. “Last year with the Throwdown we were the first drag racing facility in the world to have a race go on and we showed it could be done safely and responsibly.

“We ended up having something like 15,000 people in May during COVID, and then in October we ended up having somewhere close to 20,000 people here, so we kind of set the standard on how to clean and sanitize and take every precaution and kind of laid out the framework for just about every racetrack and other organization in the country to host fans again.”

Following the Throwdown at T-Town, the Summit Racing Mid-West Drag Racing Series presented by J&A Service will resume June 4-5, with the MWDRS Texas Tango Nationals at Houston Raceway Park in Baytown, TX. A return to Tulsa is scheduled for October, with visits to Great Bend, KS, and Ferris, TX, in October for the 2021 season finale.