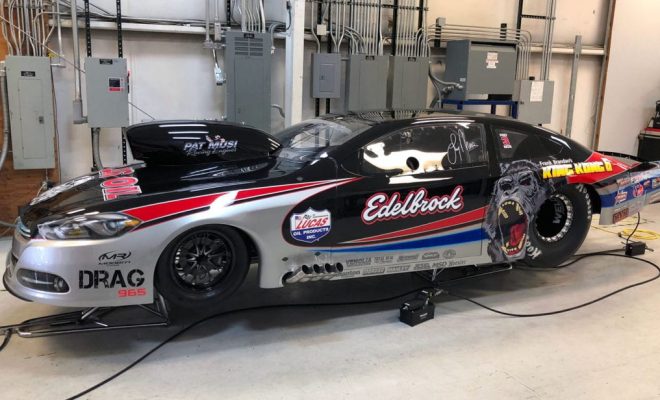 After another successful season and a run that now includes nine championships in the past five years, Pat Musi Racing Engines again has big expectations as the 2018 racing season begins.

It comes after a successful off-season that included Pat Musi Racing Engines and Edelbrock announcing an increased partnership at the Performance Racing Industry (PRI) trade show in Indianapolis last December. The industry giant was also revealed as a primary sponsor for Lizzy Musi and her 2018 racing season, which begins at the PDRA season-opener this weekend at GALOT Motorsports Park in Benson, NC.

“We’re really excited that Edelbrock is going to be along for the ride with Lizzy and they really stepped up,” Pat Musi said. “To be involved with a company like that, it’s been great. They want to get into racing more and make an even bigger effort there, and the deal with Lizzy will bring more exposure. Having a company like Edelbrock behind you is a big deal.”

After a highly-successful 2017 PDRA season that included back-to-back victories to end the campaign and a third-place finish in Pro Nitrous, fan-favorite Lizzy Musi will try to claim her first PDRA world championship in 2018. She will also debut a new Frank Brandao-owned Dodge Dart, aptly named “King Kong 7,” in PDRA Pro Nitrous, with plans to debut that car at the end of April. 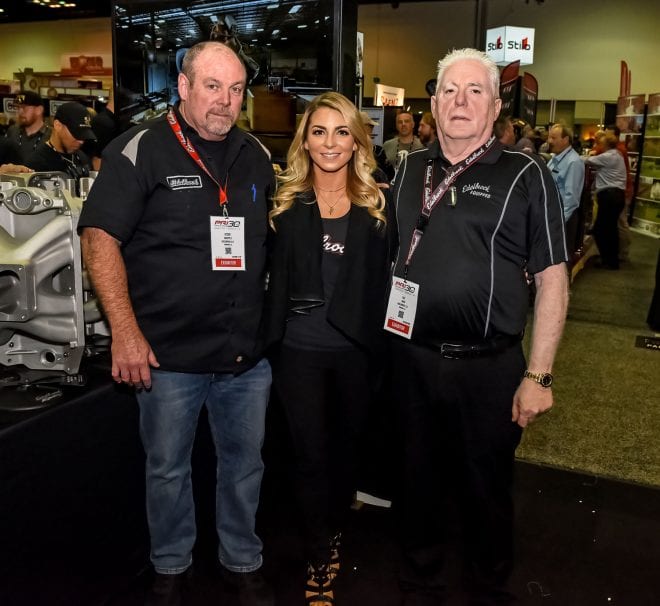 Additionally, Musi will make her NHRA Pro Mod debut at the Virginia NHRA Nationals at Virginia Motorsports Park in June. She will run that race and the NHRA Carolina Nationals at zMAX Dragway, which is near Pat Musi Racing Engines’ shop in Mooresville, N.C., in October. The plan will be for Musi to drive “King Kong 6” with a new 903-cubic inch engine that Pat is currently building. Along with Edelbrock, Lucas Oil will also continue as a primary sponsor on Musi’s car, adding another level of excitement for the 2018 season.

“Lizzy has become a heck of a driver with a great following, and we’re really excited about the year,” Pat Musi said. “We’ve already had good numbers during testing in Florida and our first race at GALOT last month, and I think it’s going to be a heck of a year.”

Pat Musi Racing Engines’ increased partnership with Edelbrock builds on a strong relationship that was formed more than 15 years ago. Musi has already developed state-of-the-art cylinder heads for Edelbrock that will debut in 2018, a sign of greater involvement from the industry giant in drag racing.

“We’re excited to continue our relationship with Lizzy and Pat Musi Racing Engines for 2018. Since Edelbrock’s early days, Vic Sr. and Vic Jr. both have supported many forms of racing. It’s in our DNA. 2018 is our 80th year in business, and it’s amazing to look back at all of the racers we have supported. It’s really important to our organization to support the sportsman racer as well as the engine builder. Both are very important to the future of our industry,” stated Steve Whipple, Edelbrock Vice President of Sales and Marketing.

Pat Musi Racing Engines will also continue to design parts and perform extensive research and development for the company, which has long excelled as a leader in the specialty performance automotive and motorcycle aftermarket.

“Edelbrock has a lot of faith in me, which makes me feel good, and I have a lot of faith in them,” Musi said. “They are dedicated and want to have an even greater presence in racing. I think they are capable of doing that and I think I can help them get there. Both companies are getting stronger, and the relationship is getting stronger. It gives us credibility and it gives me confidence, and that really means a lot. We’ve worked together on a lot of projects and we get along great. It’s just a good team.”